Looking back on the Belgian-French cinema great, who died today 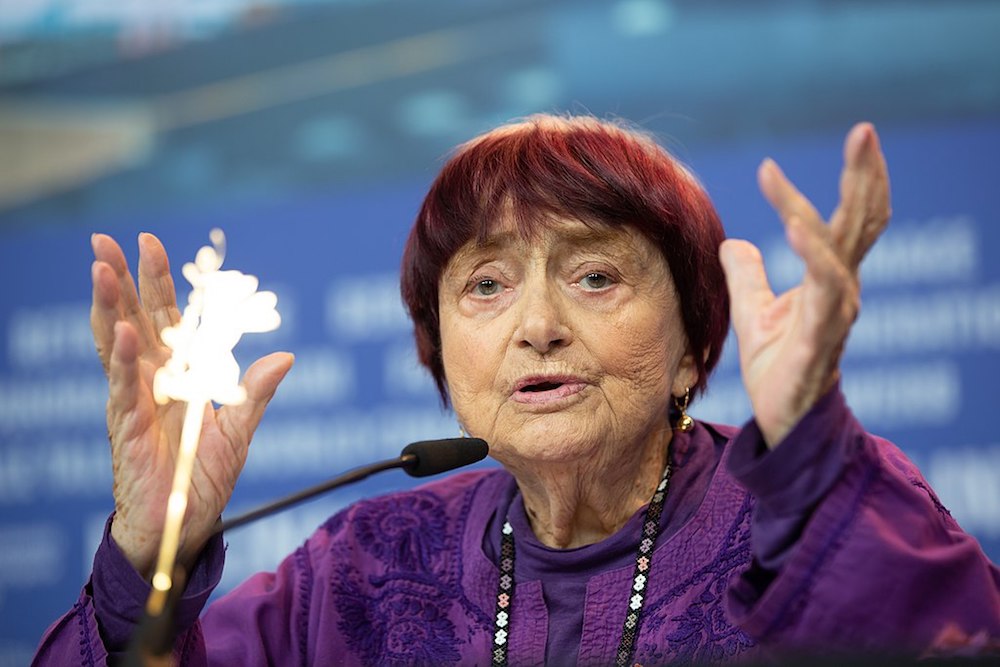 Editor’s note: In honor of the pioneering Belgian-French filmmaker Agnès Varda, who passed away on March 29 at the age of 90, we’re reprinting this tribute by Chronicle film critic Marjorie Baumgarten.

Originally published in 2009 as part of our look back at the first decade of the new millennium, the piece details Baumgarten’s personal connection to Varda as well as the filmmaker’s tremendous body of work – one that continued to grow in the 2010s and ended on a high note with her Oscar-nominated 2017 documentary Faces Places.

Agnès From Then to Now

This is not a story about the marvels and muddles I have witnessed during the last decade of film production – the advances, setbacks, trends, and fashions that have paraded before my eyes over the past 10 years. This is, rather, a personal story about how with the conclusion of the Aughties, I find I can now put the decade of the Seventies to rest.

Sometimes, after doing this for a while (read decades), a film critic discovers that his or her opinions and attitudes may shift. The director or film movement championed during one decade may appear to be a turkey or casual infatuation the next. Chalk it up to experience, maturation, or even senility on the part of the reviewer. Or maybe it's the fault of the object under study: The subsequent work of that director with so much promise turned out to be old hat; the heralded trend or technological innovation ended up consuming itself or sputtering out of ideas and applications. In movies as in life, there are multitudes of things that can cause an inamorata to catapult from cherished status to passing fad. Re-evaluation of old opinions should be an ongoing process, a mental closet-cleaning that strengthens the ideas that are still purposeful, discards the ones that have been outgrown, and mends the ones in need of repair or reconstitution.

While evaluating the films of the decade past, I discovered, to my amazement, two films by the French filmmaker Agnès Varda – The Gleaners and I (2000) and The Beaches of Agnès (2008) – were among my top picks of the 10-year period. My amazement is not due to the fact that these are both personal documentaries and my tastes generally favor narrative fiction over nonfiction, nor are they sentimental choices that privilege the work of a female filmmaker whose output remains stirring in her eighth – and now ninth – decade of life. What's startling is that Varda's work still speaks so clearly to me, just as it did in the Seventies.

First, some background. In the late Seventies I was a graduate student here in Austin at the University of Texas, working on my great, unfinished master's thesis, which compared two films by Agnès Varda: 1977's One Sings, the Other Doesn't and 1962's Cleo From 5 to 7. In truth, that thesis should be more accurately described as unstarted rather than unfinished, though that seems to negate the amount of time spent contemplating the subject. I brooded about my inability to write the damn thing while watching and reviewing all of Varda's work up to that point. Cleo is one of the key films to look at in order to understand why Varda is regarded as a progenitor of the French New Wave. Varda's handling of time in the film is both radical and natural; her story of a pop-music princess learning to stare down mortality is timeless. (In fact, at one point, Madonna optioned the story.) Fifteen years later, Varda addressed the social conflicts made evident by the women's movement in One Sings, the Other Doesn't and, in particular, legislation regarding abortion laws. The film fared reasonably well at the arthouse box office and offered hope that female filmmakers and women's issues had secured a place at the vast filmmaking table. 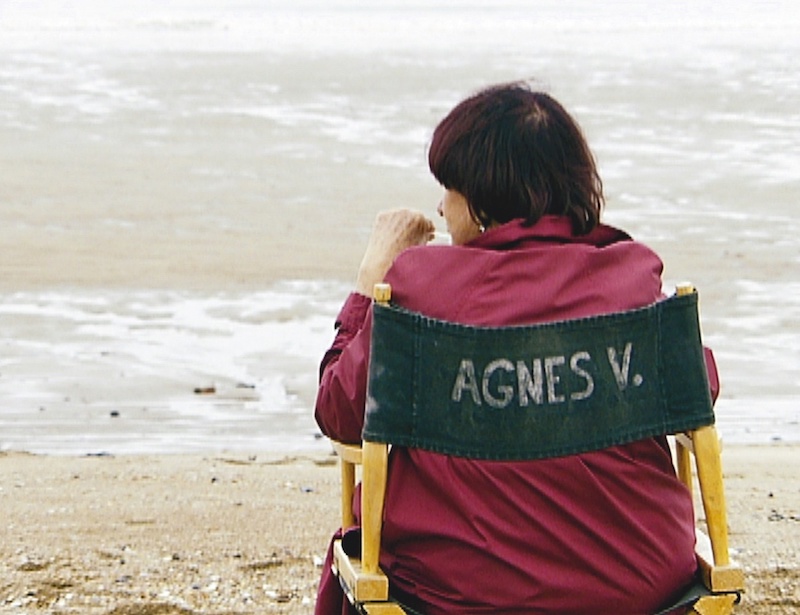 Varda experienced more critical success with her dark 1985 film Vagabond, then spent much of the Nineties overseeing the unfinished work of her husband, filmmaker Jacques Demy, directing a film based on his memories of his childhood and supervising the restoration of a couple of his films. I, too, ventured down new paths and toward other discoveries during those years. Then in 2000, I was reminded of Varda's eloquence and social concerns with the release of her documentary The Gleaners and I. Within its framework, the personal becomes political, and vice versa. In this study of the past, present, and future of foraging, Varda is just as apt to study the lines on her hand as the neat rows of vegetables in the ground before her. Each is a fertile landscape. Closing out the decade, Varda gives us The Beaches of Agnès, an autobiography and analytic study of her own work. It traces her journey from birth to age 80 and does so with such artful self-reflection and understanding that it makes other diarists appear vapid and complacent.

I find it reassuring to end this decade in thrall to Varda's talent, much as I was at the end of the Seventies. Yes, my master's thesis was abandoned when I shifted from the world of academia to journalism, and no amount of time assuages my sense of something left undone. Yet I find comfort, and maybe even validation, in knowing that I am still sparked by many of the same influences that set me on this professional path in the Seventies. Onward through the millennium.

Agnès Varda, Faces Places, The Beaches of Agnès, The Gleaners, Cleo From 5 to 7, French New Wave