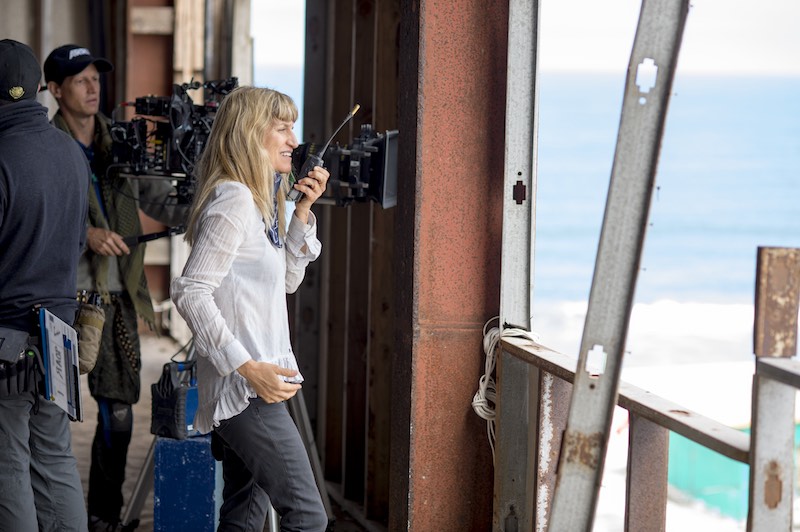 Catherine Hardwicke on the set of Miss Bala

As a filmmaker, Catherine Hardwicke is used to smashing through boundaries and expectations. Now the UT grad swings into the burgeoning new wave of mid-budget action dramas with her cross-border drug war drama Miss Bala.

Miss Bala actually adapts an earlier film by the same name, a street-level crime flick that went on to be Mexico's entry for the 2011 foreign language Oscar. The original inspired was based on a real life incident, when the 2008 Miss Sinaloa, Laura Zúñiga, was busted by the cops in a truck filled with suspected gang members, cash, and guns. When the producers of the remake approached her, Hardwicke said, "They knew I was from the border of Texas, so they asked me, 'Does this appeal to you?' A kickass girl. Border identity issues. Yes!"

In the 2011 version, Laura Guerrero (Stephanie Sigman) lives in Mexico; in this rewrite, Gloria (Gina Rodriguez) is Mexican-born but lives in Los Angeles, and her cross-border identity is a major component of how she is treated on both sides of the divide. That's what binds her to gang boss Lino (Ismael Cruz Cordova), who has his own cross-border story. "They both have this identity issue," said Hardwicke. " 'Am I too gringo to be Mexican? Am I too Mexican to be gringo? I don't speak fluent Spanish, I speak pocha Spanish."

Hardwicke grew up seeing that kind of internal division. As a child and teen in McAllen, Texas, she said, "I would swim across the river and illegally enter a foreign country. ... So for me, I wanted to be able to shoot it in Mexico, and to show the rich culture of Tijuana in a way we really hadn't seen, the cool murals, the cutting edge modern architecture – the beauty of Mexico."

But Hardwicke was very aware that her border experience – swimming across the lazy Rio Grande from her family farm to the midsize city of Reynosa – was very different from life in Miss Bala between Tijuana and San Diego, with residents of the two sprawling passing daily over the world's busiest border crossing. "Literally you see the Mexican border, the wall, the ocean, you see this old bull ring, all these things are right there. That makes it this hot bed of what cartel or what entity controls that border." 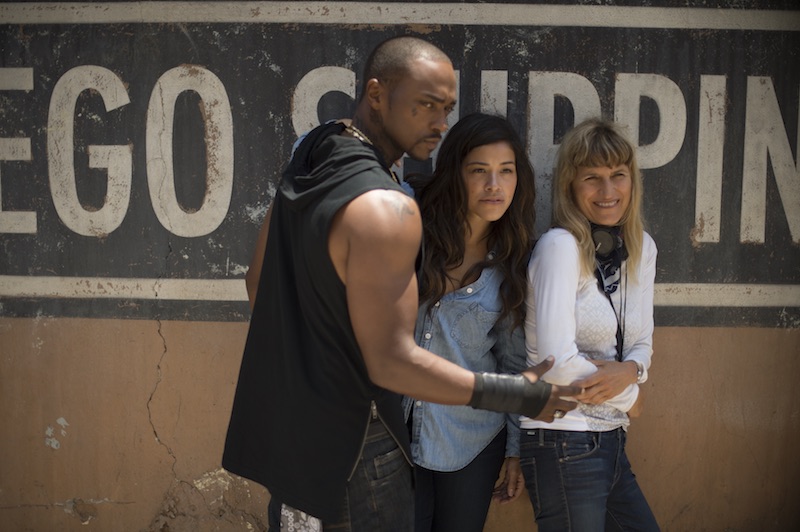 On set for Miss Bala

Catherine Hardwicke: This is a big Sony movie, but this film was for under $15 million, which was really good, because you can be nimble without the big budget of a franchise behind you.

We shot it all in Tijuana, and all the crew was from Mexico City or Tijuana, so that probably saved some money there. but everyone was really excited to be on this movie with Gina, who brings this excitement. So we got a few very neat things, like the Russian Arm, which is a tool you can shoot action with mounted to the hood of a car – we got that because the guy was excited. "Yeah, I want to do it, and I'll bring it up from Mexico City." And we got to use some cool drones. Just enthusiasm can make something bigger than it is.

AC: Talking with filmmakers like Joe Carnahan and his new War Party productions, they see the $10 million to $30 million budget film as this mid-ground that the studios have forgotten about, but that it's this great place for taking a few risks while still being a big production.

CH: Because you can stretch the dollars. They told me, "Make it look like James Bond," and I went, "James Bond for under $15 million? Awesome. Let's try it. Let's get the helicopter shots, let's get the drone out there, let's get the Russian Arm, let's get these beautiful landscapes." The fact that we shot it with the cool widescreen anamorphic, so you that you feel that epic intimacy. You're close to Gina, you know what she's feeling, but you also see the environment that she's dealing with at the same time.

AC: And the location is everything. There's never a moment when you're not aware that this is California and Baja California.

CH: I think it's cool, and I think it's exciting. Most people are shocked when they see the footage of Tijuana. "I didn't know it looked like that. How long did you live there? Well you didn't stat in Tijuana, did you, Catharine?" Yeah, I lived there for five months, and I came back to the US for one night. I never felt any fear, except for a few moments with the helicopter.

AC: So what happened with the helicopter?

CH: I was up in the helicopter at night, and I convinced them to let me shoot one scene. They'd say, "You can't shoot in a helicopter at night in Tijuana," but I said I need to shoot sunset over in the neighborhood where her friend Suzu lives ...

AC: Because sunset's not at night.

CH: Exactly. And then when the sun sets, I'll fly back to the airport. So I got a little bit of night, and we're flying over Suzu's house, and the pilot in the headset goes, "Do you think you've got the shot, because I think the cartel's about to start shooting at us." I go, "I think I got the shot. Let's go." 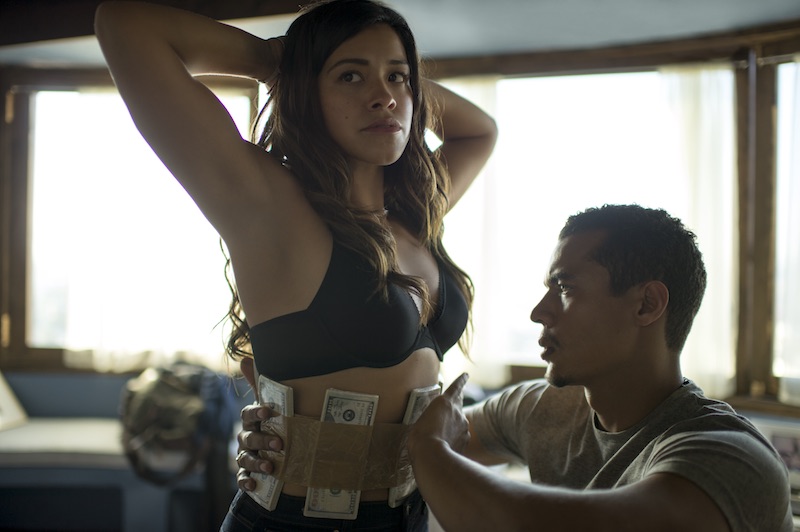 "At the end of the journey, what does she know about herself, and can she do, and what do other people know about her?" Catherine Hardwicke talks the moral complexity of Gloria (Gina Rodriguez) in Miss Bala.

CH: Yes. First pass, one take. So I go, "Dude, are you wearing a bullet proof vest?" and he goes, "What good would that do? They'll just shoot us down." OK, awesome.

Then one day we did get shut down because a car chase between the cartels and the police came right through our set. So that was kind of fun too.

AC: That's the kind of moment when you'd be tempted to grab some footage, but your production accountants bring up your insurance.

CH: We did kind of want to, but they were like "No. And you cannot fire any more guns for a while." Yes sir.

AC: And in the middle of this you have Gloria making some morally very questionable decisions, all taken with the knowledge that she could die at any moment. She's on a very slippery slope, the same one as Lino.

CH: And he calls her on it too. That was something interesting: At the end of the journey, what does she know about herself, and can she do, and what do other people know about her?

Miss Bala opens this week. For review and showtimes, see our listings.