Review: A Discovery of Witches 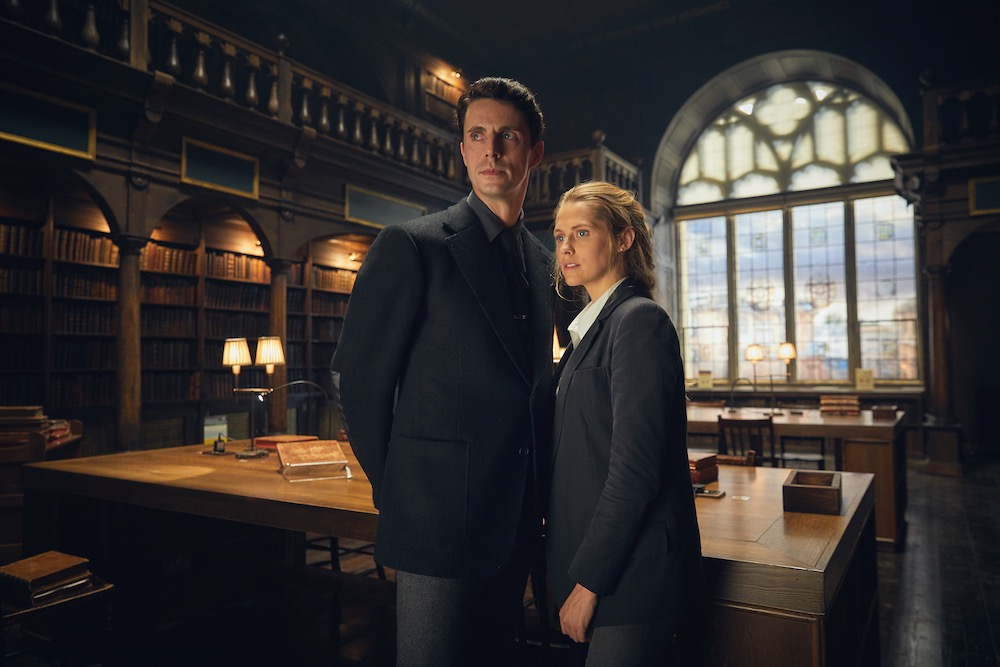 That doesn’t mean the eight-part series – which is based on Deborah Harkness’ bestselling novel, aired in the UK last fall, and debuts on streaming services Sundance Now and Shudder on Jan. 17 – is especially explicit. (Star Matthew Goode amusingly downplayed the sexual content as “a bit of frottage.”) Rather, it’s the kind of adult entertainment that doesn’t think fantasy and feminism should be mutually exclusive. To extend the comparison: Where Twilight pushed an embarrassingly backwards attitude about gender dynamics, A Discovery of Witches puts forward a resourceful and self-reliant heroine not afraid to tell off her vampire boyfriend when he’s being a controlling prick.

The heroine in question here is Diana (Warm Bodies’ Teresa Palmer), an American witch who doesn’t know her own powers, having put aside spells to study history instead. Magic finds her anyway. While doing research at Oxford’s storied Bodleian Library, Diana somehow summons a book that’s been lost for centuries and is highly coveted by witches, vampires, and daemons alike. Diana doesn’t know how she conjured it and, after the book singes her palm, she doesn’t want to know, so she sends it back to the stacks. But the genie’s out of the bottle, so to speak (no actual genies appear in this already crowded creature universe), and suddenly she’s being stalked by all sorts eager to get their hands on the lost manuscript, including a high-ranking witch, Peter Knox (Owen Teale, vibing creepy uncle), and a dishy vampire geneticist named Matthew (Goode).

Matthew’s interest in Diana swiftly moves from professional to prurient, even though, as his daemon buddy helpfully puts it, “she’s a witch, you’re a vampire, you know the rules.” Genre fans know the rules, too. Cross-species forbidden romance is well covered territory; we can plot this thing blind-folded. The series’ unfolding mysteries – about the lost manuscript, the long-ago murder of Diana’s parents, a shadowy cabal called the Congregation, and some intriguing anomalies in Diana’s bloodwork – don’t exactly break the mold, either, and the special effects get the job done, but no more than that. 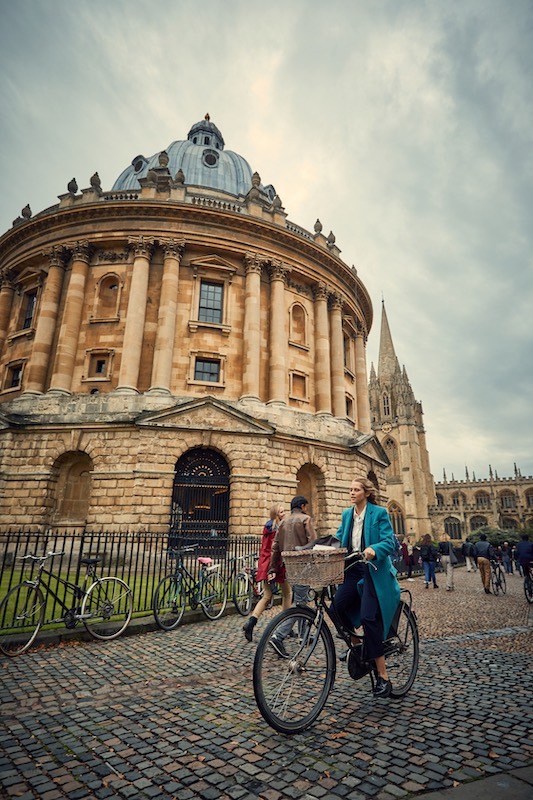 Still, this thing still looks like money. As someone less invested in the “supernatural” of the equation than the “soap opera,” I count that money well spent. The ledger book is right there on the screen – in the location shoots (watery Venice; Oxford, seductively rosy at dawn and dusk), the costuming (Diana’s wardrobe alone is like a winter wear inspiration board, all cozy turtlenecks, three-quarter coats, and luxe athleisure looks), and the casting.

Their chemistry doesn’t always click, but Goode and Palmer are compelling leads. Set to smolder, Goode radiates intelligence and danger (his ace in the pocket is an over-the-shoulder delivery straight out of daytime drama), while Palmer ably conveys her character’s very human-feeling wibble-wobble between doubt and determination, vulnerability and warrior strength. In a supporting part, the innately patrician British actress Lindsay Duncan is a hoot as Matthew’s French vampire maman, who can be seen chowing down on fox entrails when she’s not side-eyeing Diana for not being good enough for her son. And Alex Kingston’s turn as the American witch Sarah, Diana’s overalls- and pussy-hat-wearing lesbian auntie, slyly tees up the series’ best sight gag: Sarah’s beat-up Jeep Wagoneer, proudly bearing an “I am Pagan and I vote” bumper sticker. It’s a throwaway moment that nonetheless teases hopes for the next two seasons, already commissioned to complete Harkness’ book trilogy. In its promising first go, A Discovery of Witches demonstrates plenty self-awareness of the genre’s conventions and expectations. But it’s the little moments when A Discovery of Witches relaxes its self-seriousness – to indulge a joke, or enthusiastically juice its pulpy story – that really get the blood pumping.