Ring in the New Year With a Binge Watch

12 streaming shows to get you to midnight and beyond

For a lot of us, New Year’s Eve is the last night we want to venture out of the house. The expectations are too high, and there are too many drunks on the road. Still, the night calls for an event, some pomp and circumstance – something that elevates it beyond just another Monday on the couch. So you’re going to want to choose your binge show wisely.

Here are six (times two) streaming suggestions, plus a few ways to kick your watch up a notch. 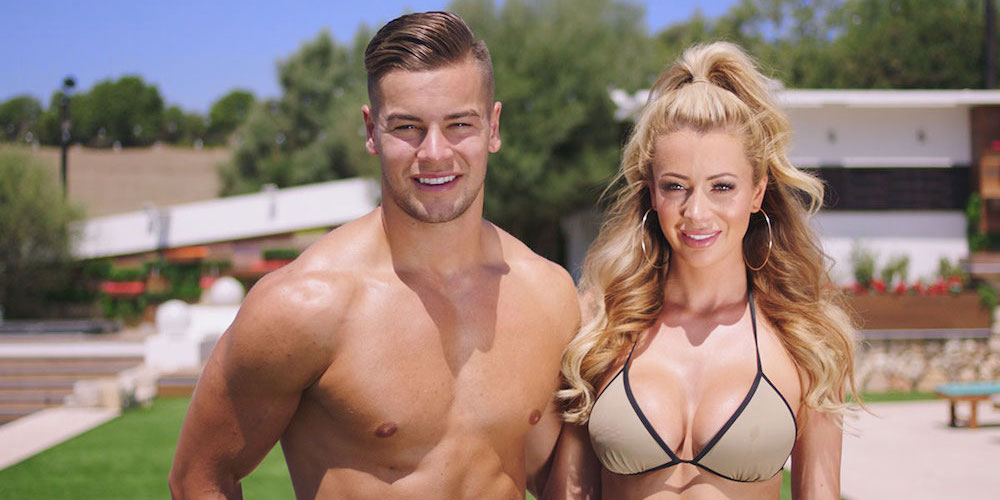 Want to study Northern lads and Essex birds in their unnatural habitat? Zip over to Mallorca, then, for this addictive British reality show that stows away in a beach house a bunch of hot, dim, barely dressed singles and forces them to couple off, or risk being voted off the island. Love Island is absolute garbage for your brain, but you’ll probably have to turn on the subtitles to understand the regional accents, which makes it seem... slightly smarter? All four seasons are streaming on Hulu; season 3 is the real barn burner. Pro tip: Skip the recap episodes and fast-forward through any gooey “I think I’m falling in love!” bits to get to the good goss, snogs, and “I thought you were my best mate!” back stabbings. 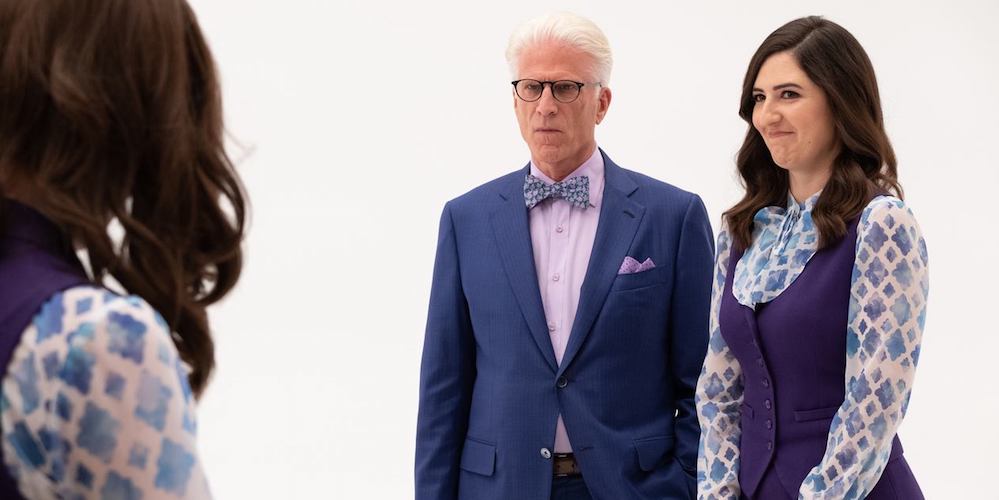 Showrunner Mike Schur (Parks & Rec) takes Sartre’s “hell is other people” maxim and spins it on its head for The Good Place, a philosophy-heavy, wonderfully subversive sitcom set in the afterlife that’s got more turns than a Rubik’s cube. Every season has rebooted its premise in some inventive way; what’s stayed consistent is the idea that four deeply flawed humans, one demon (Ted Danson, bless), and an all-knowing artificial life form named Janet can come together to make a sort-of family, wherever they are – the good place, the bad place, heaven or hell on earth – and ask the big questions about what it means to be a moral person, and if love can redeem a real dirtbag. Season 3 eps are streamable on NBC.com, but if you’re new to the show, you’re going to want to start at the beginning; seasons 1 & 2 are on Netflix.

Or: Want to explore the human condition without the warm fuzzies? You want Black Mirror (Netflix). 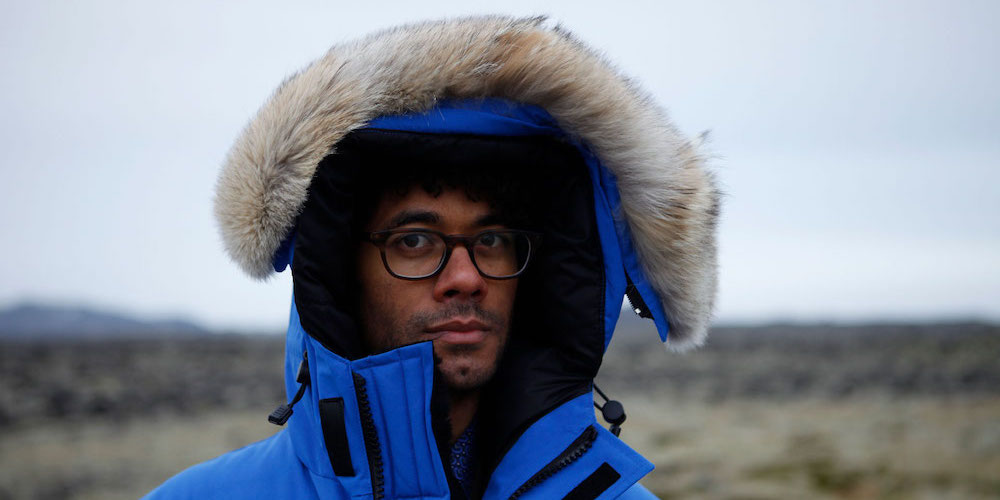 Serve with strong drink, a healthy skepticism, an Instant Pot international dish, plus Tums and Gas-X (just in case)

Ever had a vacation ruined by choosing the wrong travel companion? I haven’t, because I am that crappy companion – too stubborn, too prone to glumness, too anxious about adventure. Travel Man host Richard Ayoade (The IT Crowd) is that person, too, and one of the pleasures of this briskly paced Channel 4 travelogue is watching how the world’s many wonders hardly make a dent in his peevish resting state. Accompanied by a raft of British and American funny people (including Chris O’Dowd, Jon Hamm, Paul Rudd, Kathy Burke, Eddie Izzard, Noel Fielding...), Ayoade hits tourist hot spots and underground gems alike over the course of 48 hours in a city. Bonus: If you’re feeling lousy about ringing in the year with your television, consider this research for that fabulous 2020 trip you’re going to start saving for right now (got my eye on you, Tenerife).

Or: The late Anthony Bourdain traveled the world to find connections with every culture under the sun. We should all follow his example. Seasons 7-11 of his award-winning travel show Parts Unknown are streaming on Netflix. 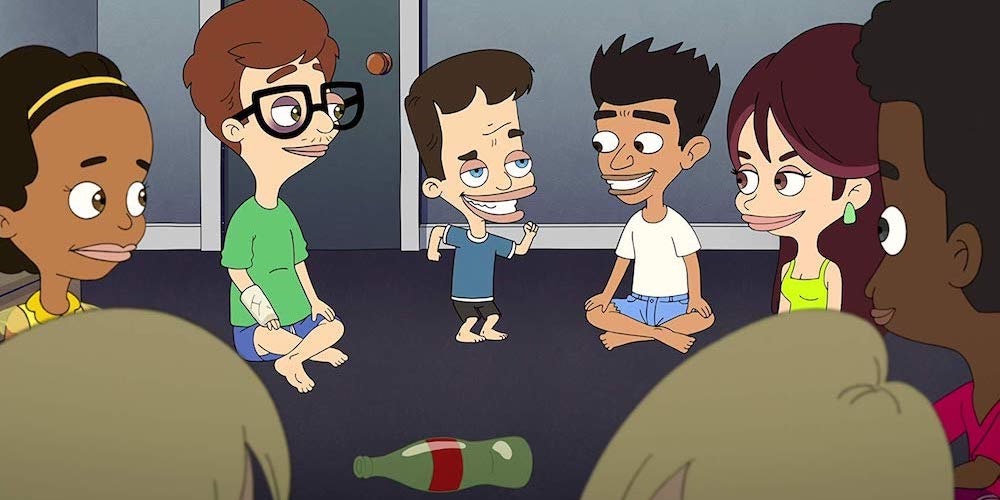 Serve with pop rocks and your favorite pillow

Nobody comes out of puberty unscathed, but at least the dirty minds behind Big Mouth had the good sense to take notes. They’ve funneled all the awfulness of our developing years – the inopportune boner, period blood on white pants, the pressure to have sex before you’ve hardly figured out what goes where – into an animated series that’s hilarious, surreal (the ghost of Cab Calloway gives really bad dating advice), and kind-hearted. Even if you’ve got a no-cartoon blockage, give this one a try: It’s the rare coming-of-age show that gives equal weight to the female experience, the voicework comes from some of the best comic talents working today (Nick Kroll, John Mulaney, Maya Rudolph, Jordan Peele, Jenny Slate), and the politics are admirably progressive.

Or: Looking for a less explicit exploration of the awkward years? Try any episode of Fox’s Bob’s Burgers with boy-obsessed Tina (butts butts butts butts) in the A-plot. (Seasons 1-9 streaming on Hulu.) 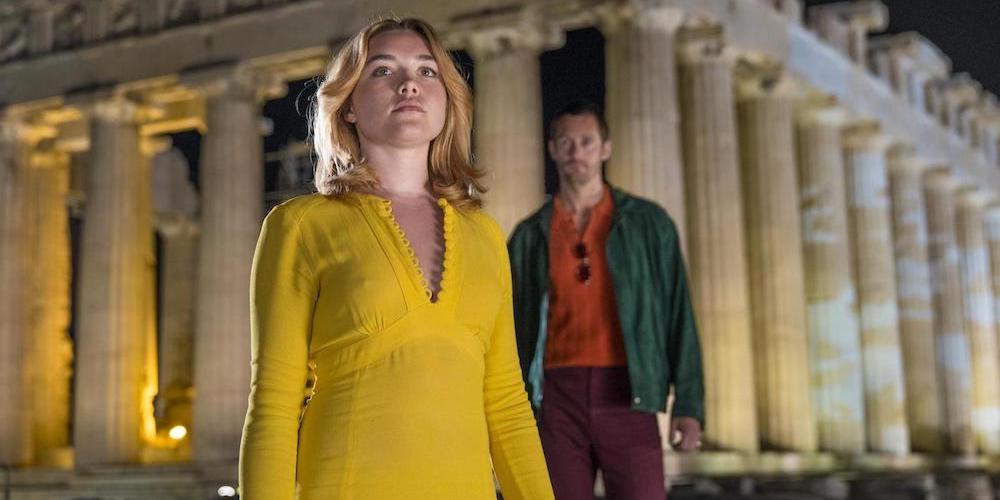 The plotting of John le Carré adaptation The Little Drummer Girl may not have clicked together with the clockwork precision some people crave from their espionage yarns, but there’s style and substance both to be had in this Seventies-set miniseries about an Israeli spymaster’s efforts to infiltrate a Palestinian terror cell. Intentionally fogging the line between good guys and bad, series director Park Chan-wook (The Handmaiden, Oldboy) brings his signature trippy visuals and attention to color, costume, and framing to a knotty story, and smartly casts Florence Pugh – a star in the making – as his mouthy, conflicted heroine.

Or: Remember a time when we were 100% not worried the American president might be in cahoots with the Russians? That’s FX’s The Americans (Amazon Prime) – about two Soviet spies posing as a whitebread suburban couple in the 80s – which wrapped its six-season run in May. 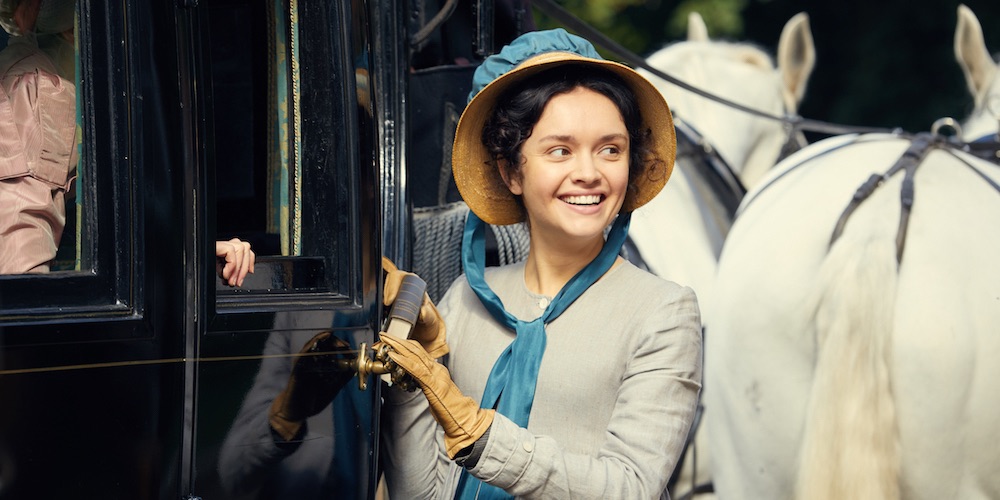 It’s no wonder Vanity Fair, from Victorian satirist William Makepeace Thackeray, has been revived again for the umpteenth time: The scheming, social-climbing Becky Sharp is so much more relatable than most of the wan, put-upon ladies of Great Literature Past. The makers of this new miniseries perhaps lean too hard on the “totally relatable, right?” messaging – Becky deadpans to the camera, a regular Jim Halpert – but she’s played to tart perfection by Olivia Cooke. And if the ogling is your favorite thing about period, swishy-skirts dramas, this one cuts no corners with costume and production design.

Or: For gentler charms, go to The Durrells in Corfu (Amazon Prime and PBS Passport), which combines a glorious Grecian isle backdrop with the misadventures of a British widow (The Bodyguard’s Keeley Hawes) and her unruly brood of four, based on conservationist Gerald Durrell’s real-life childhood in Corfu.

Why I Binge Watch Bad TV
Who else has watched 174 hours of 'One Tree Hill.' Anyone?