On Christmas songs and The Wrath of Khan

"It’s well-written, acted lovingly, (and) there’s a great villain." William Shatner explains the simple reasons behind the longevity of Star Trek II: The Wrath of Khan.

Musician. Raconteur. Filmmaker. Writer. Actor. William Shatner (Bill, as he insists on being called) has done it all, and keeps on doing, well, everything. “If you’re given the opportunity,” he said, “why not take advantage of it?”

Seemingly unstoppable at age 87, Shatner has a very simple rule. “Say yes to life. It’s only there once. That cliche is part of our life, but it’s true. And time goes by very quickly, that’s very true." That sums up the underlying thesis of his latest book Live Long and …, that seizing our own moment is all we can do. Shatner said, “We can’t get anyone to do anything, because you’re looking at the key words through different filters than I am. Whatever ephemeral road I might say to you, if you and I are of even slightly a different view of the world, how can I possibly communicate my exact feeling? What I can do is say, this is what happened to me, and if it resonates with you, you might find it useful.”

The legendary performer will be wearing his cinematic icon work boots come January, when he’ll be in Austin to present a screening of Star Trek II: The Wrath of Khan. The film is widely regarded as having revived the franchise after what he referred to as … “well, I can’t say the failure, but the less than successful advent of Star Trek: The Motion Picture.”

For fans of the USS Enterprise, it’s often seen as the crew's cinematic high point, and for Shatner the reasons for that success are obvious and simple. “It’s a well-made film. It’s well-written, acted lovingly, there’s a great villain. It’s a tender movie, and people who like Star Trek find fulfillment in the interaction of the characters and the story.” 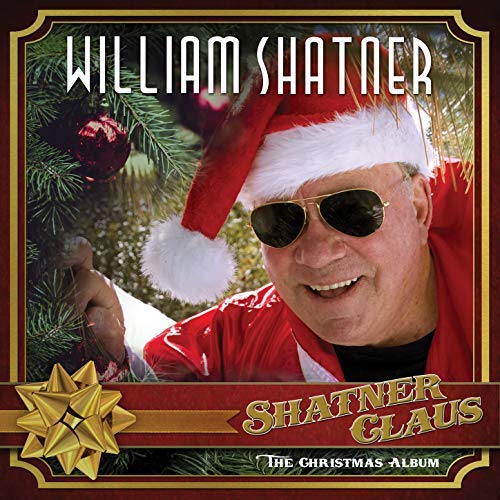 “It’s a funny name [but] the album is a very serious look at Christmas songs.” William Shatner on his new album, Shatner Claus
While he's still most famous as an actor, his increasing joy is in music, and that's why he's recorded an album of Christmas standards, Shatner Claus. It's his seventh studio album (and second this year after Why Not Me, his country collaboration with Alabama multi-instrumentalist Jeff Cook), and as has become Shatner’s way, it features a seemingly impossible roster of musicians. In the past he's worked with Aimee Mann, Ben Folds, Sheryl Crowe, Bootsy Collins, and assorted members of Deep Purple, Alice in Chains, King Crimson, and Yes: This time the credits list includes Brad Paisley, Joe Louis Walker, Todd Rundgren, former Lynyrd Skynyrd drummer Artimus Pyle, Rick Wakeman, Ian Anderson of Jethro Tull, Billy Gibbons, Iggy Pop, and Judy Collins, covering standards like "Little Drummer Boy" and "Silent Night."

Shatner described himself as "delighted” with Shatner Claus. “It’s a funny name [and] it adds a clown-like aspect to the album that isn’t there in the album. The album is a very serious look at Christmas songs.” Nowhere is that more apparent than on one of the album’s original compositions, which Shatner co-created with a military veteran, Blades Anthony. “He wrote a poem, about a soldier in the Middle East, in battle, wondering what Christmas is like back home. I think it’s epic, wonderfully moving.”

But how does Shatner find time to fit all these endeavors in? The touring, the writing, the singing, the life on the road. In fact, he finds that the traveling is what gives him time to think about those other projects. He said, “I was in Miami, making an appearance this weekend. Five hours on the airplane each way. … I don’t talk to anybody. I attend to my work, or attend to reading, or watch a movie.”

Maybe that’s part of why he has become friends with another legendary embracer of life and polymath: Henry Rollins. “We’re buddies in the way that people who are not accustomed to making friends are friends,” Shatner said. “Henry is a loner. Henry does something that I’ve never heard of. He gets a knapsack, puts some camera and some clothes, and off he goes around the world, taking pictures and talking to people. And then he comes home, and then he’ll visit with me for Monday Night Football, and we have some laughs, and off he goes again.”