High-Stepping Into the Zombie Apocalypse 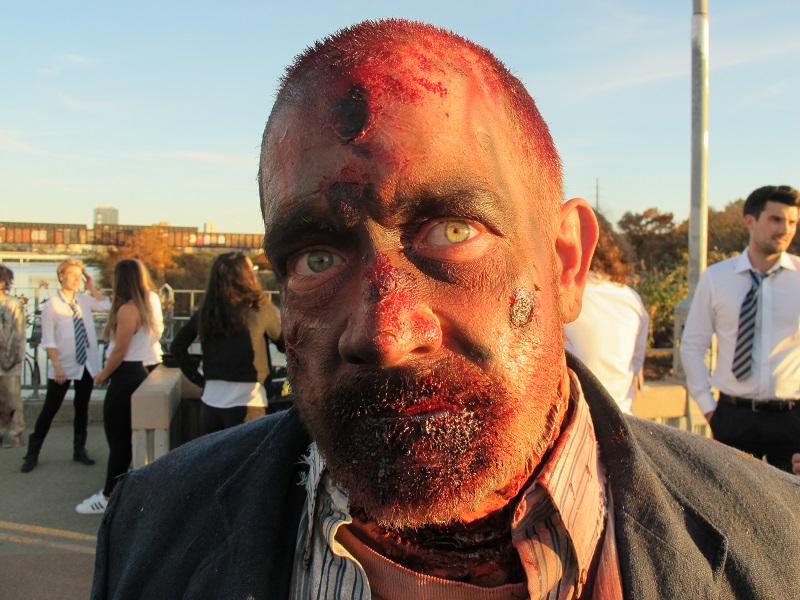 Ah, Austin. Are there many other cities in which you can be taking your dog for a walk across the river, run into a bunch of zombies, school kids, and a penguin doing a flash mob coordinated dance routine, and no one bats an eye?

That's exactly what happened Monday on the Pfluger Pedestrian Bridge, when a sudden performance broke out for Anna and the Apocalypse, the zombie vs. teens horror musical. The Scottish film debuted at Fantastic Fest 2017 and became an instant cult favorite, and finally arrives on U.S. screens this weekend. So in celebration, a flash mob was assembled to provide a spontaneous irreverent revenant tribute to Terpsichore, with choreography by Melody Afkami of Melody DanceFit and zombie makeup effects by local haunted attraction Scream Hollow.

If you weren't lucky enough to be on the bridge as the sun went down and the ghouls shuffled and jumped along to the film's breakout show tune, "Hollywood Ending," here's a quick glimpse at what you missed.

Anna and the Apocalypse opens in Austin and nationwide tomorrow. Pick up the latest issue of The Austin Chronice for a full review, and read our interview with director John McPhail and producer Naysun Alae-Carew from Fantastic Fest 2017 here.