Other Worlds Austin Goes to an Alien Nation 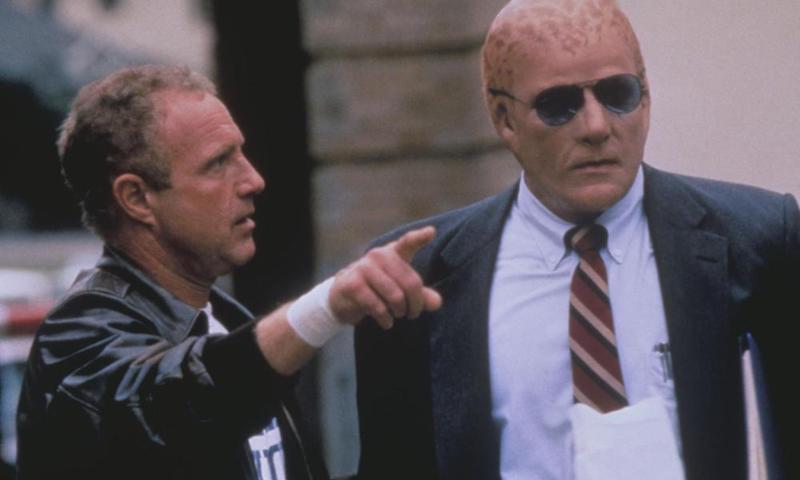 The Other Worlds Austin film festival has always been dedicated to science fiction being the genre of ideas. With the announcement today of the complete roster of films for 2018, the team is putting that front and center with a 30th-anniversary screening of a classic sci-fi political allegory: Alien Nation.

The 1988 classic paired up Mandy Patinkin, as an alien settler to L.A., with grumpy detective James Caan. The story then subverts the tropes of the misfit buddy-cop genre with a sharp metaphor for immigration, asylum seekers, racism, and integration. “There couldn’t be a timelier opportunity to screen Alien Nation,” said Bears Rebecca Fonté, OWA founder and artistic director "[It's] a film that looks at how Americans treat otherness when it shows up on our doorstep. Science fiction can force us to face ourselves in the mirror, even if the view isn’t pretty.”

OWA has already announced an impressive slate for this year: Wave one included a special retrospective screening of the original film edit of Battlestar Galactica, plus the world premiere of NASA concept artist documentary Artist Depiction, and the North American premiere of Precognition. Wave two included the first title for the Under Worlds Austin horror thread, Soul to Keep, techno-thrillers Diminuendo and 2050, a return of cult queer dystopian classic Born in Flames, and the centerpiece film, The Dead Center starring Shane Carruth.

But today's lineup additions include a massive selection of world, North American, and Texas premieres, plus a very special family screening of Elijah and the Rock Creature, which will be free to anyone under 15.

The festival has also announced its annual screenwriting workshop, co-hosted with the Austin School of Film. Previous events have been led by Matt Lohr (co-author of Dan O’Bannon’s Guide to Screenplay Structure) and Philip Eisner (Event Horizon). This year, it's Chad Archibald (founder of Canadian indie horror powerhouse Black Fawn Films, responsible for The Heretics, OWA 2016 title Bed of the Dead, The Drownsman, and more) and Jayme LaForest, who co-wrote BFF titles including The Heretics and Bite with Archibald, plus one of this year's Under Worlds' selections, I'll Take Your Dead. 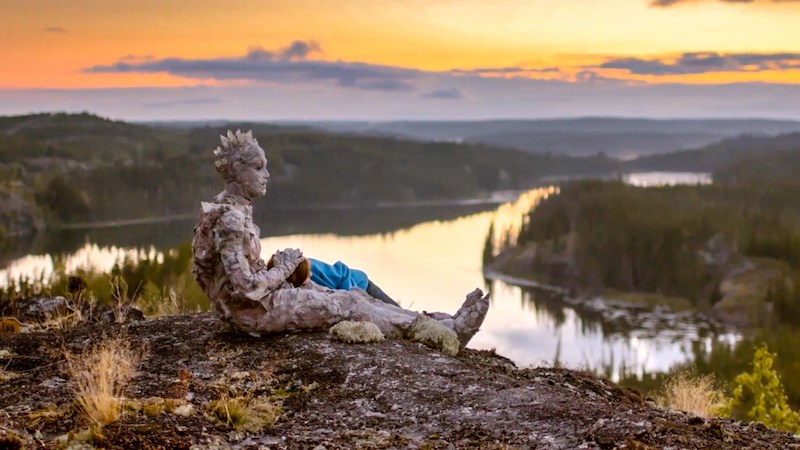 Elijah And The Rock Creature

D: Billy Senese, USA, 2018, Texas Premiere
A hospital psychiatrist's own sanity is pushed to the edge when a frightened amnesiac patient insists that he has died and brought something terrible back from the other side.

D: Paul J. Salamoff, USA, 2018, World Premiere
A group of friends uncover an otherworldly object in a rural field, which they soon discover holds greater secrets than they could imagine.

D: Jennifer Walden, Canada, 2018, U.S. Premiere
When separated from his mother on a family camping trip, a young boy meets a fantastical creature that helps him find his way back home. Open to the public, free for children under 15.

D: Brett Ryan Bonowicz, USA, 2018, World Premiere
Artist Depiction is a documentary series about artists who have helped bring NASA projects to life. Their incredible concept artwork, which helped define the aesthetics of futurism and space travel, is ubiquitous; and yet these artists have always been hidden behind the scenes. Now these pioneers (Don Davis, Charles Lindsay, and Rick Guidice) and their influential visions get their due in Bonowicz’s loving, accomplished hands.

D: Ross Wachsman, USA, 2018, Texas Premiere
Still mourning the death of her mother, 16-year-old Angela, who's had some behavioral and mental instability issues, strives to maintain harmony in the house. She takes care of her 6-year-old sister Chloe and tries to keep the peace with her difficult, goth 17-year-old sister Becca, who is furious that their father Jason pulled them out of school and hired grad student Gabby to homeschool them. When Becca starts exhibiting bizarre behavior, only Angela seems to notice that she is possessed by a dark and otherworldly force with plans to do something unspeakable to Chloe.

D: Nicholas Woods, USA, 2018, North American Premiere
At the risk of her group's safety, a young woman travels into a National Forest where her sister has become trapped in a multi-dimensional world of monsters.

D: Hugo Félix Mercado, Mexico, 2018, Texas Premiere
Some secrets are best left that way. Fabian is an astronomer on a quest to discover the nature of an unknown object near the Cygnus constellation 37,000 light years from earth. He travels to an observatory, hoping to use its powerful telescopes to uncover the answers he seeks. One night, a strange signal provides Fabian with the hope that he might be close to solving the mystery of Cygnus. As Fabian investigates further, he finds that not all is as it appears, and he begins to wonder who he can trust in his quest for the truth.

D: Tony West, USA, 2018, Texas Premiere
DeadTectives follows a team of hapless paranormal investigators on a reality TV series who go on a quest to Mexico's most haunted house in the pursuit of better ratings. However, when the true dark secrets of the mansion begin to reveal themselves, the hapless presenters quickly discover that this house is no hoax. With zero ghost-hunting skills (or really any other applicable skills) the team has to figure out how to bust the ghosts and escape the house with their lives.

D: Adrian Stewart, USA, 2018, Texas Premiere
A director whose life crumbled when Cello, his Hollywood starlet girlfriend, killed herself, becomes obsessed with a robot designed to replicate her after he's offered the chance to direct the film of Cello's life.

D: D.C. Hamilton, USA, 2018, World Premiere
When a charming fare named Penny climbs into his taxi cab, Harris, her world-weary driver, finds himself engaged in the only kind of courtship he can have with a passenger – one that lasts as long as her trip. That is, right up until she disappears from the back seat without a trace. When confusion gives way to reality, he resets his meter and is instantaneously transported back to the moment when she climbed into his cab. As he and Penny find themselves trapped in an endless nighttime cab ride, with only each other for company, secrets will be revealed, truths will come to light, and Harris' entire life will be changed forever.

D: Chad Archibald, Canada, 2018, Texas Premiere
A man who disposes of bodies for gangsters in a nearby city faces a difficult decision when one of the "corpses" turns out to still be alive.

D: Luke Tedder, UK, 2018, North American Premiere
In the near future, a married woman secretly works for an organization that manipulates memories, while her husband is experiencing visions from a past he can't remember which is tearing them apart.

D: Stevie Cruz-Martin, Australia, 2018, Texas Premiere
A gay disabled teenage boy changes into the body of a beautiful woman, so that he can be loved.

D: Rob Schulbaum, USA, 2018, Texas Premiere
Everything changes for Todd when his evil twin from a parallel universe arrives to steal his girlfriend.

D: Paul Raschid, UK, Texas Premiere
The United Kingdom. Soon. Civil war rages. A woman wakes up in a blindingly white cuboid cell. Using its sophisticated functionality, her captor tortures her for information; information she claims not to have – or does she? 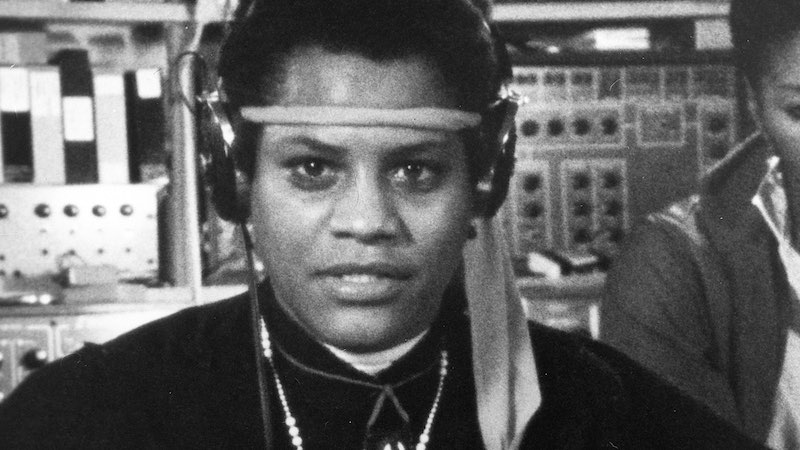 D: Graham Baker, USA, 1988
In 1988, Earth makes the first contact with an alien civilization. In 1991, these aliens, known as Newcomers, slowly begin to be integrated into human society after three years of quarantine.

D: Richard A. Colla & Alan J. Levi, USA, 1978
After the destruction of the Twelve Colonies of Mankind, the last major fighter carrier leads a makeshift fugitive fleet on a desperate search for the legendary planet Earth.

D: Lizzie Borden, USA, 1983
Set ten years after the most peaceful revolution in United States history, this film presents a dystopia in which the issues of many progressive groups – minorities, liberals, gay rights organizations, feminists – are ostensibly dealt with by the government, and yet there are still problems with jobs, with gender issues, with governmental preference and violence. In New York City, in this future time, a group of women decide to organize and mobilize, to take the revolution farther than any man – and many women – ever imagined in their lifetimes.