Into the Woods With Fede Alvarez 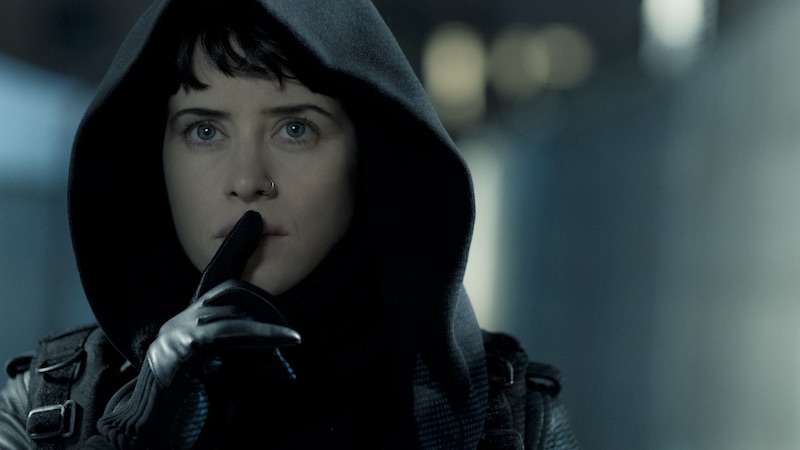 No one would ever confuse Lisbeth Salander, the eponymous girl with the dragon tattoo of the successful neo-cybernoir stories, with a Disney princess. But for the latest film in the franchise, The Girl in the Spider's Web, director Fede Alvarez has brought a fairy tale element to her story.

The latest adventure of queer hacker badass Lisbeth Salander (played this time by Claire Foy) is the Uruguayan filmmaker's first real studio project. Both of his first two films – 2013's ultragory Evil Dead and 2016's home invasion shocker Don't Breathe – were produced independently and acquired later by Sony. This time, Sony came to him with the franchise, and Alvarez said he would sign on as long as they agreed to a couple of conditions: "You allow me to to make films like I have in the past, to have full creative control and cast who I want."

That's exactly what Sony did, which played to Alvarez's sensibilities, and the original books by Stieg Larsson. "The books got pulpier as they went on," he said. "The first book is an Agatha Christie thriller, but the third book by Larsson is pretty pulpy. [When] I do pulpier films ... I can be myself."

The first step was the decision to relaunch the franchise, rather than continue from David Fincher's 2011 adaptation of the first book, The Girl With the Dragon Tattoo. Alvarez said, "If you make two and three, David Fincher can do those." However, when Sony first approached him, they told him they were moving forward – skipping the last two books written by the late Larsson (The Girl Who Played with Fire and The Girl Who Kicked the Hornets' Nest) – and instead leaping past the Millennium trilogy to the first volume in the series by Larsson's replacement, David Lagercrantz. Alvarez said, "This was a chance to start again from scratch without changing canon, without saying that she's a new person, just saying this is a new story."

That's why Girl in the Spider's Web goes to fantastical places. "This is not the real world," said Alvarez. "This is a fable. ... You start in the city and you end in the country, in the snow, with this lady dressed in red." For Alvarez, that meant going to the most familiar source material for such stories: "Grimms' tales, which are the most bleak and fucked up versions, with a strong moral story at the end." 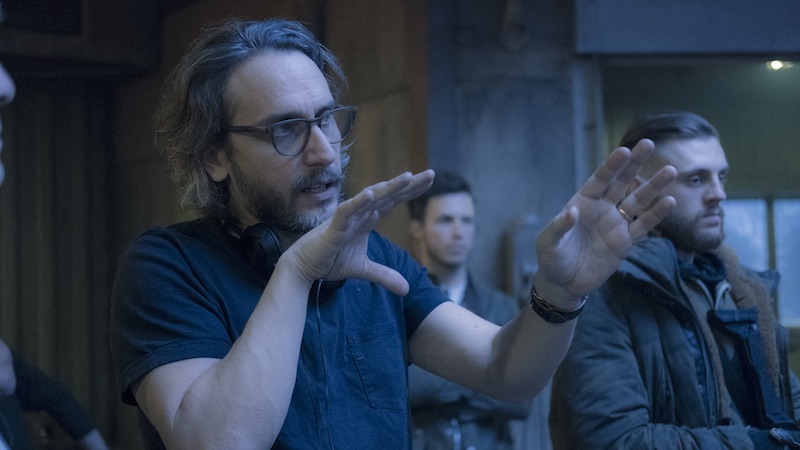 And Alvarez isn't afraid to channel that sense of darkness (continuing, as he noted, his tradition of making films that he can't show to his young children). Yet as grisly and perverse as Spider's Web gets, he said, "There were even worse things that even I thought were too much and I took out. They'll make it to Blu-ray sometime."

So while Spider's Web may not be as grisly as his earlier work, it still fits with his thematic obsessions. Alvarez said, "All my films are about shame and forgiveness, and the main character begging forgiveness"

Of course the fairy tale component also meant the location had to be suitably, well, Grimm. Many of the exteriors were shot in Stockholm, with additional material in the back alleys of Berlin. However, for the opening and closing sequences when Lisbeth flees and finally returns to the family home – part-gothic mansion, part-gigantic factory – he took the production to the forests of West Germany, and a spot with an intriguing history. The region had been a center for the Reich's war effort during World War II. "That cliff at the final scene was right next to one of the camps where they made the V2 rockets that eventually took men to the moon."

The Girl in the Spider's Web: A New Dragon Tattoo Story is in theaters now. For review and showtimes, see our listings page.