David Kajganich and Jessica Harper on terror and dance 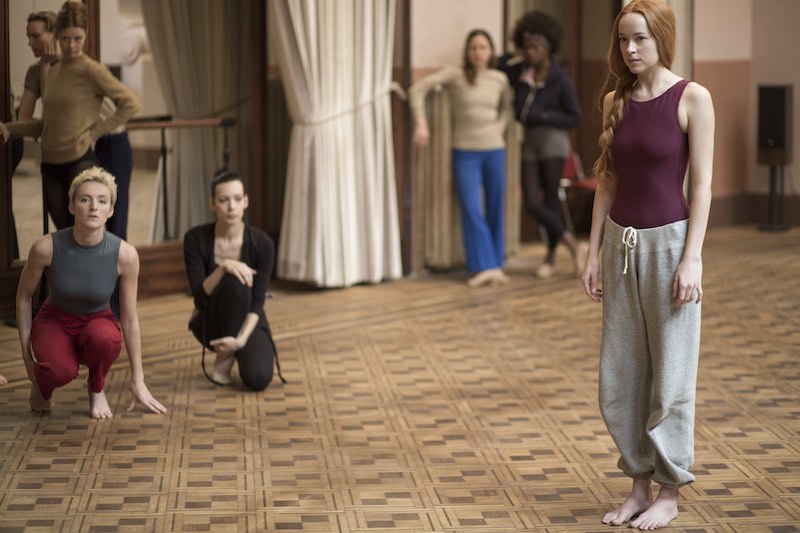 "It's the naturalistic details that are paired with these operatic and grotesque, Grand Guignol moments." – Screenwriter David Kajganich on his reinterpretation of Suspiria

Adapting Dario Argento's defining psychotropic, supernatural masterpiece Suspiria is a challenge that has thwarted directors for years. When it came to writing the new version for director Luca Guadagnino, David Kajganich said, "I was the last of five children, and I got to do whatever the heck I wanted."

The film, which received its US premiere at Fantastic Fest in September and opens in Austin this weekend, seemed like an impossible project. Even David Gordon Green had given it a shot, before revitalizing another horror classic with Halloween. Kajganich said, "People just thought that there's no way this one's going to happen either, and Luca and I just got to do something quite crazy with it. Then, through Luca's force of will, it went into pre-production."

The re-invention keeps the barest bones of Argento's original (a coven of witches, a dance academy in Berlin, and a young dancer in deadly demonic peril), and then casts a completely different spell. Oh, there's one other shared ingredient: The presence of Jessica Harper, who played the imperiled Suzy Bannon in the original and now returns as one of the new characters, written by Kajganich, to add extra subtext to the story.

Austin Chronicle: The film's set in Berlin in 1977, which isn't just about when and where the original was set, but you also bring in elements of the Baader-Meinhof Gang (or Red Army Faction).

David Kajganich: Luca wanted to keep it set in 1977, and as soon as he said that, I remembered, well, wait, that was the years\ of the German Autumn and the end of the Baader-Meinhof Gang, and I was excited because it meant we could have a context in which to understand this coven, and why it was behaving the way it was, and why it wanted what it wanted, and what it was drafting off of in contemporary attendant issues.

It was a moment in German history where the youth culture was confronting the older generations and going, we're not going to let you pretend that nothing happened, or that you weren't involved and complicit in this. If we're going to move on, if there's going to be a future that is liberated from all of this horrible past, it has to start with this confrontation.

AC: There's also the sense of the language as a reflection of a partitioned city, switching from French to English to German. Why pick that particular moment in history?

DK: In terms of language, certainly we wanted to make sure this didn't feel like an American story. Anything that's performed in English starts to feel like it has its cultural blinders on. We knew that this company was very eclectic and diverse, and we knew that people retreat into languages of comfort. We knew that Susie (Dakota Johnson) would be gifted with a language – which turns out to be French – by the coven, and we knew that language played an important part of where people could go for equilibrium. So when the characters are speaking in German, it's usually because they're in a position where they're in private.

It's an interesting thing to do to the audience, to have a situation where people are able to speak candidly to each other, but most American audiences are going to feel like they're watching something from the outside that they really shouldn't be hearing. It's just an interesting way to control the energy. 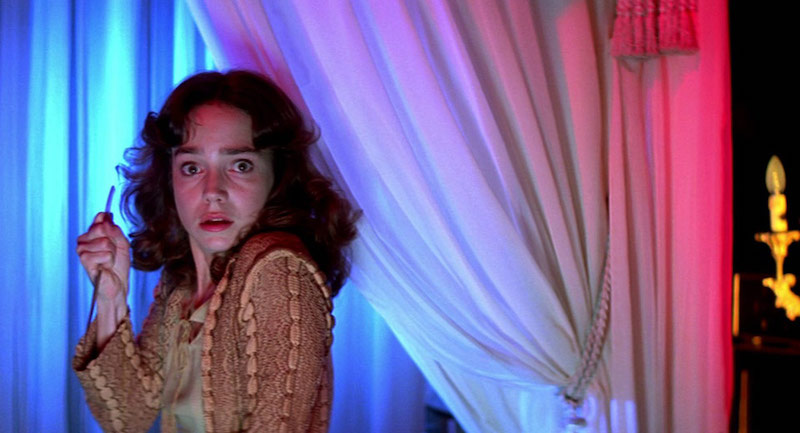 Jessica Harper in the original Suspiria

AC: Jessica, you were really the connecting thread to the original. When they first contacted you, did they give you any idea what they were planning or what they wanted from you?

Jessica Harper: I had no idea, but I was more than willing to do whatever it was, given the other elements. Then I read it, and I loved the fact that it was the touching emotional thread going through the movie. I just thought that was really, really sweet, and appealed to me. Just reading it on the page made me cry, so that was a real gift.

AC: Were there any points at which Luca asked you, 'So what was it like being on the first set?' and picked your brain?

JH: No, nobody asked me anything. When I walked on the set, they were were in the middle of shooting in these really difficult circumstances – and had been for a while – in this old, abandoned resort on a hilltop in the middle of nowhere outside of Milan, in this really dark, scary place. It was really not easy. I walked in, and I felt that people were so happy to see me. It was really fantastic, because they thought I was cool because I was in the original movie. They were so welcoming. Tilda Swinton was like, 'It's so cool, you were in the original movie!' I just felt like a star because of my connection to the other movie. So for me, it was lovely.

DK: You talk about it like you were just a souvenir from the original movie. You knocked that part out of the park. It's beautiful.

“I spent the better part of a year reading about female choreographers, watching them work. … I wanted the movements that had been made by women and danced by women in my head.”
AC: This is still a horror film, and the 'glass room sequence' had already become infamous before the film was released. When you're trying to create a balance between mood and extreme physical horror, this incredible punishment of the body, what are the challenges as a writer?

DK: I don't know the way that other people would approach that challenge, but what I do is try to mix the shape of things, and combine something operatic with something naturalistic. I think those scenes only work if they feel grounded in actual human experience.

For me, that sequence starts at a moment when Olga's looking out of a window at people on the sidewalk, which is not normally something you would stop to show. It has nothing to do with the blocking of that set piece, but she wants to be outside, she wants to leave the building, and you start to realize that she can't get there for some reason. There's a little glimpse of what's happening outside that is this great juxtaposition to this building dread you feel on the inside.

It's moments like that that I think that most directors would leave on the cutting room floor, but Luca and I agree that those are the moments that allow for the histrionics to be effective and for the gore to really be effective by constantly reminding you of what your experience in that film would be if nothing supernatural were happening. It's the naturalistic details that are paired with these operatic and grotesque, Grand Guignol moments.

AC: Speaking of Grand Guignol, the denouement sneaks in some references to some later Argento. There're a few nods to The Church that crept in there.

AC: It's just body parts and limbs everywhere. Speaking of which, this is a film about dance and magick, with the performative quality of both. You're writing movement, and in the rehearsals you're writing failed performances.

DK: That was the hardest part of writing the script for me, because I have not come from a dance background and have never studied it as a subject. It was fascinating, because I spent the better part of a year reading about female choreographers, watching them work. I decided not to watch any male choreography the entire time I was writing. I wanted the movements that had been made by women and danced by women in my head.

It was one of the conceptual choices we made pretty early, which was to explain why a coven would be hiding in a dance company by the fact that the dance was communicating the spellwork. Once we decided that, it made the dance so crucial, and it put us in the position where we able to put so much narrative in the dance sequences that I couldn't just briefly write in the script that there was a dance sequence in there. I had to block it.

Suspiria is in theaters now. For reviews and showtimes, visit our listings page.