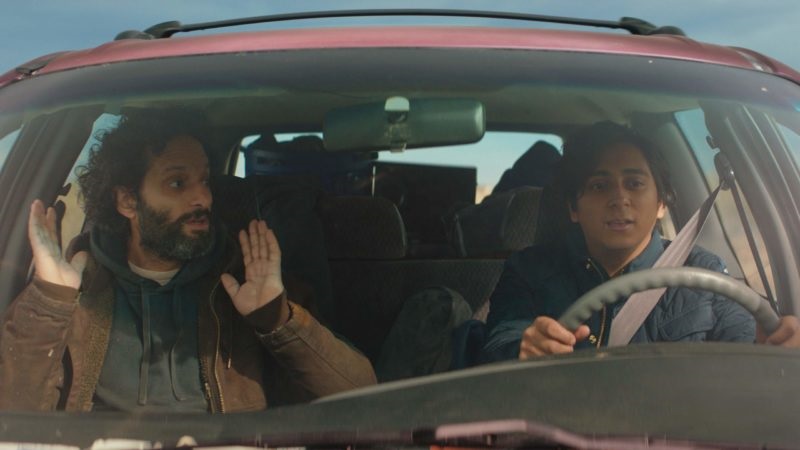 When it comes to road trip buddy comedies, The Long Dumb Road isn’t exactly breaking new ground. It’s Planes, Trains, and Automobiles with 21st century updates, yet it’s grounded in a nostalgic sense of kismet that predates using an app to order rides from strangers.

Nat (Tony Revolori, Spider-Man: Homecoming) embarks on a road trip across the Southwest, leaving Austin to drive to L.A. for art school. After experiencing some car trouble in Fort Stockton, he meets Richard (The League’s Jason Mantzoukas, who plays the drifter role with a certain childlike innocence) as he’s getting fired from a garage. Once Richard gets the car going again, Nat uneasily agrees to let him hitch a ride to Alpine, setting off a series of events, snags, and missions that reveal both parties wind up with more than they bargained for.

The success of the film relies heavily on the chemistry between the actors and a witty script written by director Fidell (her first foray into comedy after two Austin-set dramas, A Teacher and 6 Years) and Carson Mell (Another Evil). Overall, the film is charming and funny, even when it sticks to some well-traveled routes.