Zane Holtz is a Hunter Killer

Austin transplant on going Hollywood and AFF in the same week 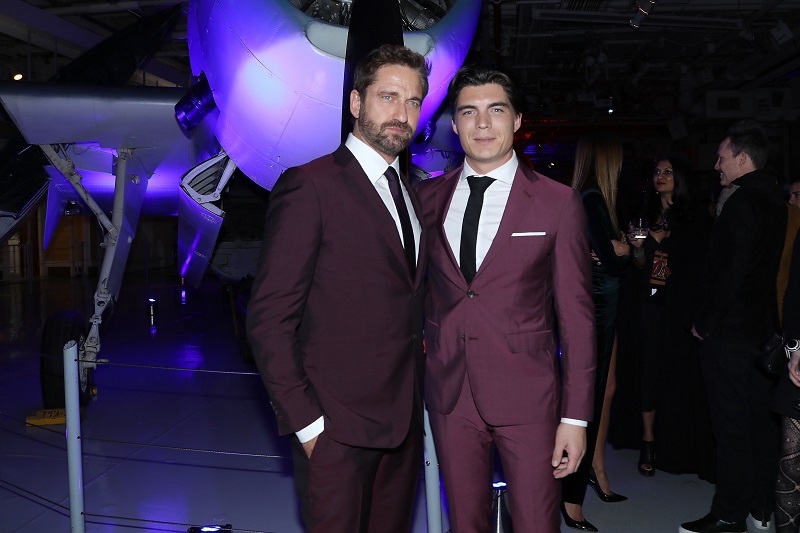 Some actors can carry off a uniform, and some can't. With two performances this week in military clothing, Zane Holtz is definitely finding himself in the first camp. "Sometimes I'll just be dressed in regular clothes," he said, "and people will ask if I'm in the military. It's the way that I stand, or something. I have to figure that out."

Holtz became a local fixture and resident while he was shooting Robert Rodriguez's From Dusk Till Dawn TV reboot (the Canadian-born actor played Richie Gecko, the shoes originally filled by Quentin Tarantino). This weekend he's back before Austin audiences twice: first as SEAL sniper Paul Martinelli in one of this week's big releases, Cold War thriller Hunter Killer (read our review here), and then at Austin Film Festival for supernatural-tinged chiller Beyond the Night, in which he plays recently widowed veteran Ray Marrow. They're radically different parts in very different films: Martinelli is a soldier in the field "in big epic action, but the other one, the military is just a quality of the character," said Holtz.

When it comes to Hunter Killer, he said, "This film feels like a bit of a throwback. It's a fun, big action movie. A lot of modern war films are based on real stories. Lone Survivor, American Sniper, they're all factual, real stories, but this is military fantasy."

Austin Chronicle: Hunter Killer feels like it's set at some undefined point in the last 30 years, some time in the post-Glasnost world, when the Russian sub fleet felt like the prime menace, and out of control at the same time. There's a recent documentary, Operation Odessa, about how the Russian mob almost sold a sub to the cartels to ship drugs.

ZH: What's funny is that this movie is based on a book called Firing Point, and the authors (George Wallace and Don Keith) have another book, set in the same universe, with the same characters that Gerard Butler and Toby Stephens played, and part of the story has to do with the sub being used by the Columbian cartel.

AC: So what was your response when the producers of Hunter Killer told you, "We're making a submarine film, but you'll never be on the sub?"

ZH I kind of think that's what sets this film apart from the other submarine films, because there is so much action on the ground, and you get to get out of that claustrophobic environment, and then you jump and see what the SEALs are doing, and then you jump to the war room with Gary Oldman and Common and Linda [Cardellini], and it has that full-scale, multipronged thing going on. You're seeing every aspect at once.

AC: Part of the reason that sub films were so popular after World War II is that you could build one set and never leave it. Even Hunt for Red October occasionally leaves the boat, but here you're everywhere.

ZH: Not just the one set. They shot this film all over the world. The sub set and the war room set is in London. We did all the Navy SEAL stuff in Bulgaria, doubling for Russia, so we were in Sofia, and then Varna, this coastal city where the Polyarny Russian naval base is shot. And then the director, Donovan (Marsh), did all the sub exterior stuff in Hawaii, just at out of Pearl Harbor.

“There’s nothing worse than seeing a guy on film shoot a weapon and not be used to the recoil, and flinch. You want to be comfortable with it.”
AC: And while everyone else is in the sub, you get to play the run-and-gun game.

AC: Which continues your long tradition of ...

AC: Why do you think directors like shooting you or dropping you off things?

ZH: I don't know, but I like playing that. I like playing the bumbling hero. Not the guy who's too slick, but the one who's learning on the job. This character, Martinelli, that's the whole arc. You see him screwing up at the beginning, but ultimately being really important.

AC: Looking the part in the uniform is one thing, but acting it is another. Did you have to do much military training for the part?

ZH: The director wanted us to work on our physical fitness before we showed up – that was just a given – but for production we turned up in Bulgaria a week before actual photography and I worked with a military adviser named Woody. He kind of put us through the wringer.

It wasn't really physical – that was our own homework to do. It was more trying to learn how to move tactically, how to move in a four-man unit, how everyone covers different corners, what happens when you fall under enemy fire, how to retreat, how to cover each other, how to reload the rifles. All the rifles in the film, we trained with our hero weapon. They were functioning rifles, so that everyone was super-comfortable with the rifle that they would be using in the film. We shot a lot of blanks out of them in training, even more so than was required to be done on camera, but just so we had that familiarity. There's nothing worse than seeing a guy on film shoot a weapon and not be used to the recoil, and flinch. You want to be comfortable with it.

AC: Particularly because you're up there with Gerard Butler.

ZH: You've got to be looking awesome. And what's cool for Gerry in this movie is that he leads the film in a different way. There is obviously so much physical action, but with him, he's leading this group of sailors more with just his experience and his maturity. You don't see him punch anybody. He's commanding this submarine, and he's commanding everybody around him. We're the ones on the ground that are running and doing the physical action, but he carries the film.

Hunter Killer is in theatres now. For review and showtimes, see our listings page.