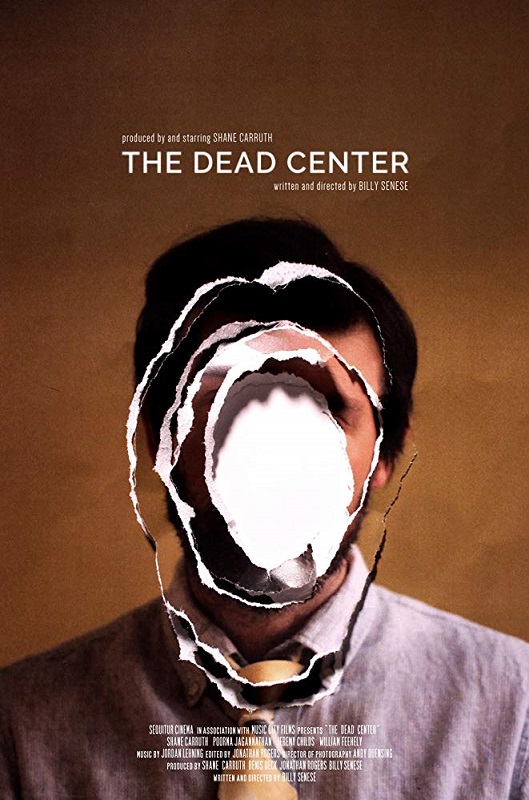 Other Worlds Austin was founded as a science-fiction film festival: However, its Under Worlds Austin horror strand takes a little of the spotlight with the announcement today that The Dead Center, starring Upstream Color director Shane Carruth, will be the centerpiece film.

The creeping identity chiller is part of the just-announced second wave for the festival, which runs Dec. 6-9. OWA programmer and Associate Artistic Director Jordan Brown said that, in The Dead Center, writer/director Billy Senese has created a "suspenseful, eerily vague, and terrifyingly original twist" on the psychological trauma horror trope. She added, "Come for producer/Texas son/indie SciFi mainstay Shane Carruth as leading man, stay for a standout supporting performance from Jeremy Childs and a truly chilling third act that you just have to see.”

The festival will also host a rare screening of Born in Flames, Lizzie Borden's 1983 political allegory which is finally (after 35 years) gaining the cult fanbase it richly deserves. OWA Founder and Artistic Director Bears Rebecca Fonté called it "indispensable, radical, and strangely timely. ... A manifesto on racism, sexism, and heteronormative culture in an alternative United States socialist democracy, the film appeared two years into the Reagan administration, and sadly, the rights of women today don’t seem all that more advanced.

Borden will also serve, alongside Oxford Film Festival Executive Director Melanie Addington and Rotten Tomatoes Editor Jacqueline Coley, as one of the jurors for the 2018 Mary Shelley Award. Established in 2015, the award goes to the film that best furthers the involvement and representation of women in the sci-fi genre. Fonté said, “I’m proud that Other Worlds Austin continues to fire lasers at sci-fi’s traditional gender disparity.”

That's not the only area in which the festival is working to expand representation. The team is also working with the local deaf community for a special screening of Soul to Keep, a new horror starring deaf actress Sandra Mae Frank in the lead role of Tara. Fonté said, "Throughout the film, Tara and her friends use American Sign Language seamlessly with dialogue in a way never before seen in a traditional genre film."

The sci-fi festival had already announced a celebratory screening of the original movie version of Battlestar Galactica. Now the team has added a film with string connections to cult classic with the Texas premiere of techno-terror Diminuendo, which stars both Richard Hatch (aka Apollo in the original show) and noted cosplayer Chloe Dykstra (who is continuing the family tradition of screen-ready practical effects, as her father is John Dysktra, the show's Oscar-winning FX master).

Born in Flames
D: Lizzie Borden, USA, 80 min., 35th-Anniversary Screening
Set ten years after the most peaceful revolution in United States history, this film presents a dystopia in which the issues of many progressive groups – minorities, liberals, gay rights organizations, feminists – are ostensibly dealt with by the government, and yet there are still problems with jobs, with gender issues, with governmental preference and violence. In New York City, in this future time, a group of women decide to organize and mobilize, to take the revolution farther than any man – and many women – ever imagined in their lifetimes.

2050
Princeton Holt, USA, 104 min., U.S. Premiere
A married video game developer is introduced to a warehouse that customizes androids for human companionship. Diminuendo
D: Adrian Stewart, USA, 106 min., Texas Premiere
A director whose life crumbled when Cello, his Hollywood starlet girlfriend, killed herself, becomes obsessed with a robot designed to replicate her after he's offered the chance to direct the film of Cello's life.

The Dead Center
D: Billy Senese, USA, 93 min., Texas Premiere
A hospital psychiatrist's own sanity is pushed to the edge when a frightened amnesiac patient insists that he has died and brought something terrible back from the other side.