Solving a Mystery That Should Stay Unsolved in Doe

Other Worlds Austin screens amnesia thriller with a twist 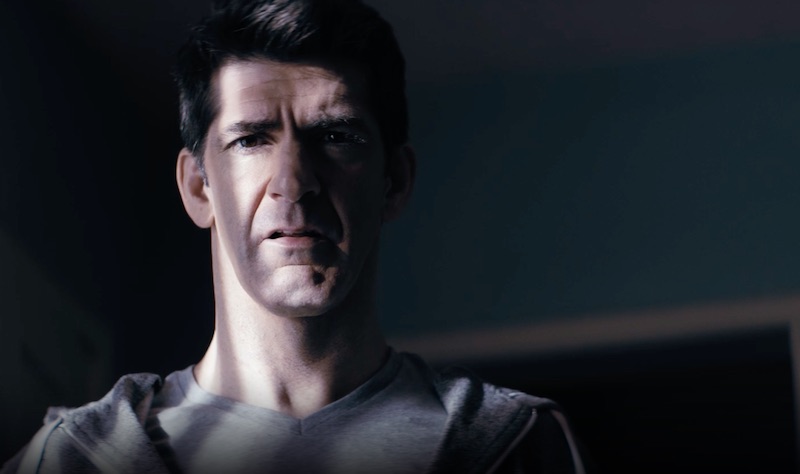 If we don't know who we are, can we ever truly be contrite for the crimes we may have committed? And if we are no longer ourselves, do our sins still really belong to us? Those are the key questions at the heart of sci-fi thriller Doe, screening this week.

The debut feature of director and co-writer Justin Foia, Doe explores the identity of John (Timothy Davis), a brilliant linguistic scientist with a loving wife (Tatyana Ali) and daughter (Faithe Herman), but with a massive gap in his life. Eight years ago he turned up, out of nowhere, with no memories and no connection to his prior life except a recurrent dream about a white room and a white rabbit. When he convinces his brother-in-law, private investigator Carl (Mathew St. Patrick), to help him uncover something about his lost years, he is faced by a deeper question of whether the old him and the new him have any real connection.

Before the film gets its Texas premiere this Wednesday, courtesy of Other Worlds Austin's year-round Orbiter series, Foia talked with the Chronicle about his film, guilt, identity, rehabilitation, and adding sc-fi components into the classic amnesia thriller format.

Austin Chronicle: Not to get too Philosophy 101 here, but Doe really seems to deal with the very basic question of who we are. It's the dualist conundrum of whether the mind and the body are separate, and whether we are the same person if one or the other changes. When did this become your main theme?

Justin Foia: The idea of a man who is clearly a different person from a past identity in both morals and intellect was always the fascinating part of the story for me. I wanted to explore that very idea as I believe we all must examine our lives as we reconcile our mortality. We just have the benefit of a continual arc of memory and experience. John doesn't. And what's more frightening is the man he learns he was isn't compatible with his present situation. Is the flesh to blame if the mind has become enlightened? I don't think the answers in his case are that easy. But I think people are always trying to willfully reinvent themselves in the name of maturity.

Maybe that's more closer to an answer than anything. We can relate to John as wanting to be truly a "new person" because his past is so vile. As far as being philosophical in the themes, I'm happy the audience can come away from Doe with a deeper level of understanding, or rather to see the deeper truth in an otherwise "thriller" type of film.

“Ultimately John is reconciling the injustice of his own survival. He’s a complete human who knows good and evil and is willing to do something about it.”
AC: One of the other big questions here is really about rehabilitation - which is something that has seemingly fallen off the radar in the American penal system. Again, you're probing a very fundamental question of what rehabilitation really means, if it's changing the person completely, or making them aware of and culpable for their prior transgressions. What was the inspiration for this theme, which seems especially timely?

JF: Redemption seems to be a theme in my writing, or maybe more of a fascination. The inspiration may lie in what we define as to be human in the first place. As in do we have empathy for those we despise? Do we define justice as revenge? I saw this idea as always living at the end of the story. And essentially I was after the answer of the more stabbing question; In cleansing someone of their sins by erasing their former self, is that person now made morally whole? Can we accept them back into the fold? These are complicated questions. Ultimately it is our capacity for forgiveness that would truly answer the question about redemption for us all.

AC: The sci-fi elements are very subtle here, leaving it as more of a whodunnit - or rather, what did they do. Which genre came first?

JF: We always wanted a thriller. Something with a clock in it. Can this guy solve his mortal dilemma in time to save himself and his family? But the more we explored the mechanics of the story universe, the more this was bleeding into hyper-fiction. But that's really liberating. So we went for it.

I consider Doe to be a more plausible sci-fi film. I do believe this type of technology and the uses for it are very much inevitable (if not being explored currently) and perhaps will one day implemented in the name advancing human-kind. That's not to say it is good, just that we surrender a lot of things to technology before we can answer the moral questions they pose. There was also the Flowers For Algernon inspiration. That was a bit of a soft sci-fi premise, but it focused more on the human collateral of intellectual manipulation rather than the fantastical elements of the process. I think Doe does the same.

AC: The real challenge as a writer seems to be finding a balance between who John is, and how likable he is, with what he finds out about himself. How far did you feel you could push his former life without risking making John dislikable? And how much did casting Timothy Davis - who can look both like a linguistics professor and his own shadowy past - change the part?

JF: I always thought that his past had to be retold by other people, as in he's hearing a story for the first time so that there was no visual connection to it for him and the audience. Because that is amnesia, right? So the fact he can't remember was almost like a visual wall that the audience can't penetrate. Maybe that makes him more empathetic in some regard. You're being denied the monster. But ultimately John is reconciling the injustice of his own survival. He's a complete human who knows good and evil and is willing to do something about it.

Casting Timothy Davis was the lucky break because he has the range both physically and in terms of performance as an actor. He kept certain aspects of his process to himself for this very reason. He didn't want to know to much or let others know. Perhaps that was the secret to pulling of such a complex and ultimately duplicitous character.

Other Worlds Austin presents the Texas premiere of Doe. Wednesday, Oct. 17, Flix Brewghouse, 2200 S. I-35, Round Rock. Tickets and info at www.flixbrewhouse.com. 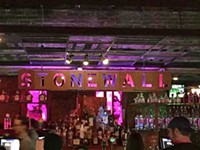 The AggreGAYtor: December 5
What happened today in gay? Here’s your QILTBAG recap of queer news.