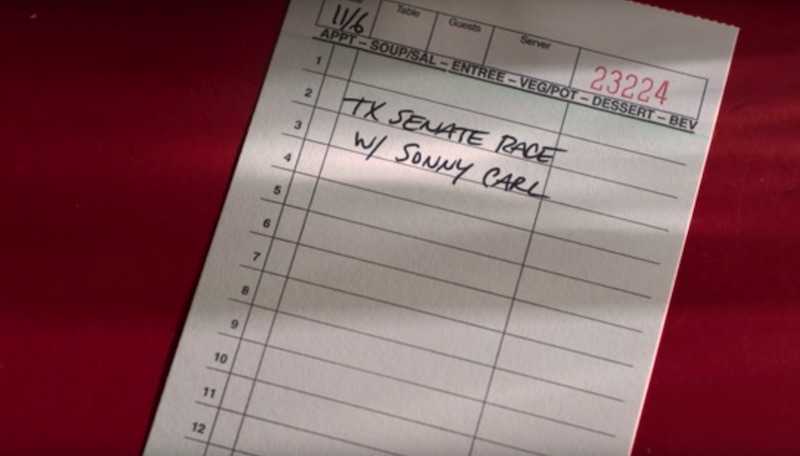 Sen. Ted Cruz, R-Texas, has spent a lot of energy playing up his Texas credentials: But a new election spot paints him as all hat, and definitely no cattle.

The recent antics of the Canadian-born Princeton and Harvard grad have included making what he called machine-gun bacon (which was actually AR-15 bacon because as we know, AR-15s aren't machine guns) and playing something like basketball. However, today Austin filmmaker Richard Linklater has released a commercial for the Fire Ted Cruz PAC that takes a firm swing at that image.

In it, Linklater has veteran Austin character actor and former Uranium Savage Sonny Carl Davis (Bernie, Red Headed Stranger, Lonesome Dove) bring up some choice words issued by then-presidential primary candidate Donald Trump about his then-rival Cruz. And let's say that Davis wouldn't be sharing a stump with someone's son if he'd said the same things about his daddy and wife.

Will this have any impact of Cruz's November election fight against Democratic Congressman Beto O'Rourke? Hard to say. But since the commercial has already had over a thousand times the number of YouTube views of any Fire Ted Cruz spot to date, and the up votes are beating the down votes by a ratio of 75 to 1, then someone is undeniably paying attention.