Sequel to The Wave goes insane with the tension 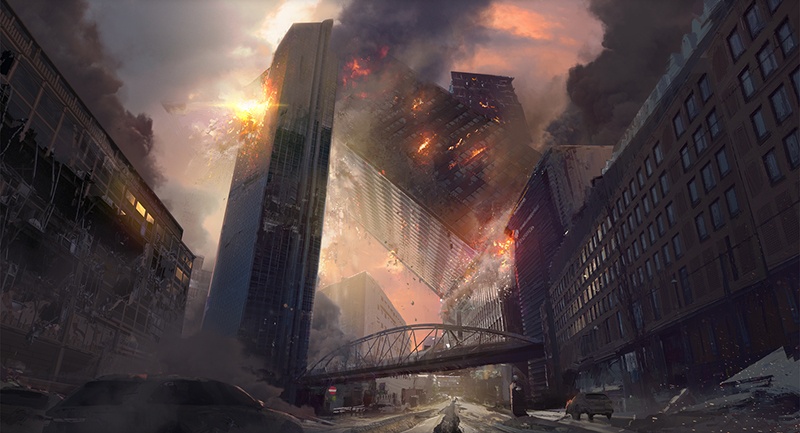 The great philosopher John McClain once wondered, "How can the same shit happen to the same guy twice?" By the end of The Quake, sequel to Norwegian disaster marvel The Wave, geologist Kristian Eikjord would rightly be able to ask, "Hvordan kan samme skit skje med den samme fyren to ganger?"

Kristian (Kristoffer Joner) had had a rough time since the Geiranger tsunami: He may have saved hundreds of people, including his family, but survivor's guilt has left him a haunted shell. Separated from his family, living on scant leftovers, he seems unlikely to be able to rescue anyone from the earthquake he is convinced is about to hit Oslo.

After all, what's he going to do, wrestle a tectonic plate?

No. All he can do is hope to warn enough people, and then run to get everyone he can out of collapsing buildings. And, no, there will not be any San Andreas-style theatrics. There's a lot of panicking and falling rocks.

And that's why The Quake is so much fun: Because director John Andreas Andersen (taking over from The Wave director Roar Uthaug) realizes that what made the first film work was that it was a very Norwegian take on the classic American disaster movie. The audience knows that they're getting an earthquake, and the bulk of the movie is the slow addition of tension (much of it provided by his returning family and and Kathrine Thorborg Johansen as Marit, the daughter of an old colleague who was just as convinced as Kristian that the big one is coming).

But that tension needs paying off with a raw, knuckle-cracking pay-off. Wave scriptwriters John Kåre Raake and Harald Rosenløw-Eeg just go hell for leather on the rollercoaster menace, and Andersen turns their clearly laid out path to mayhem into one of the most incredibly stressful and enjoyably berserk half hours in high-anxiety cinema. Grow your nails out now because you will be chewing them to quick.