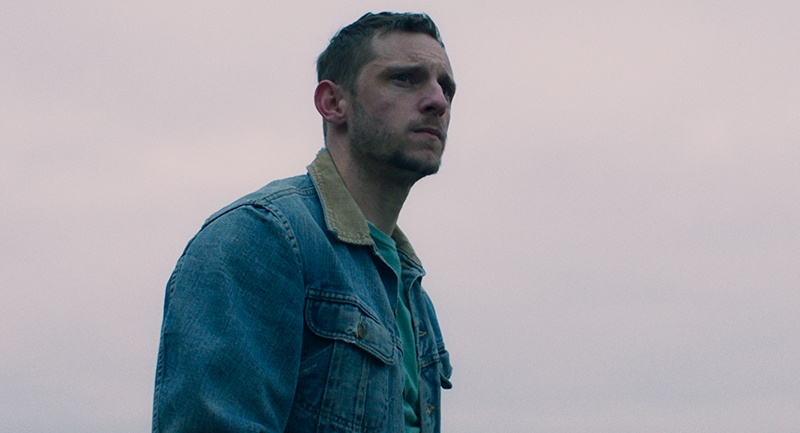 If you’ve been looking for a cinematic depiction of economic anxiety in America that bears nothing in common with a New York Times op-ed, then you might just be the target audience for Donnybrook.

Each year, desperate people like Earl (Jamie Bell) travel from across the country to participate in the Donnybrook, a backcountry cage match where the last man standing walks away with $100,000 in cash. Earl hopes the money will help his wife kick her opium habit, a plan that forces him to cross paths with local drug dealer Angus (Frank Grillo). With an assist from Angus’ suicidal sister Delia (Margaret Qualley), Earl hopes to stay ahead of law enforcement and killers just long enough to take his swing at the prize.

Those expecting Donnybrook to unfold as a prolonged display of violence are in for a surprise. Writer-director Tim Sutton is more interested in offering his own grim slice of Americana, showing the bloody actions taken by those accustomed to living life on the edge. Earl never blames his wife for her addiction; the film paints a picture of a happy home life, even as Earl turns to robbery and back-alley brawls to make ends meet. Meanwhile, Angus and his sister run in parallel to Earl’s family, two brutally violent people who can only scratch out a meager living by bringing others pain.

And if all of this sounds overly serious, well, yes and no. Despite its austere visuals and sparse dialogue, there are also times where Donnybrook seems on the verge of becoming a black comedy. Delia prefers to kill people by shooting them in the head at their moment of orgasm; Angus stabs a middle-age passerby in the throat for talking up the success of his oldest son. The audacity of these sequences  –  and how jarring they feel against the more grounded backdrop  –  make Donnybrook a unique, twisted, and not altogether unwelcome thriller.

Diana Kennedy: Nothing Fancy
From Essex to Michoacán: the true story of the English exponent of Mexican cooking