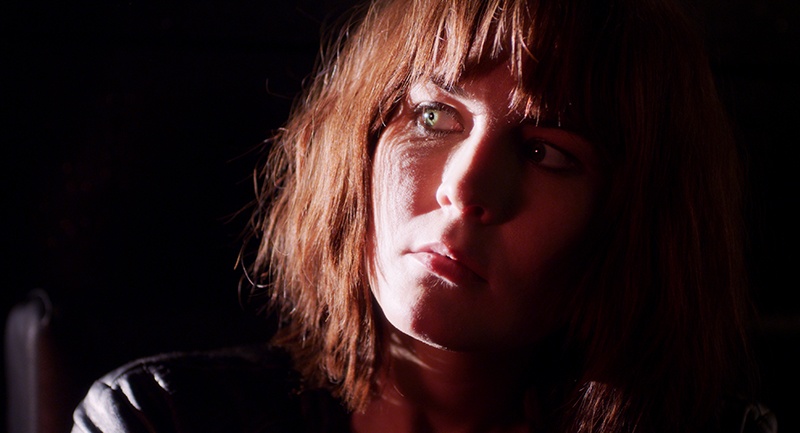 There aren't many famous film editors, but in American genre cinema, the name Josh Ethier is so ubiquitous as to be immediately recognizable.

A constant force in the edit bay with mainstays of the scene like Adam Green (Digging Up the Marrow), Ted Geoghegan (We Are Still Here), and Joe Begos (The Mind's Eye), as well an actor (in Begos' Almost Human and more) Ethier is pulling double duty at Fantastic Fest this year: As editor for militia thriller The Standoff at Sparrow Creek, and with his debut as a director, the grimy and brutal short "Gutter," which screens right before the feature.

Austin Chronicle: You've done pretty much everything imaginable on a set bar direct; what made you make the leap now, and why make "Gutter" your calling card?

Josh Ethier: I thought that I'd never want to direct because I love being able to work on so many different projects with different directors. For a long time I was really content working with other people, working on my craft. Then a few years ago, I started trying to find more films that connected with how I feel about the world. I started watching a lot of different films that weren't directly in front of me, looking for movies that had something to say that wasn't, "And they all lived happily ever after." Somewhere in that process, I came up with an original idea I was really drawn to, then another, and then another. I realized I wanted to be able to say something I wasn't able to say as a department head on other films, and this short was a step toward discovering that voice, trying to say something, and seeing if I'd be happy with the results.

AC: That score, though. When you say at the beginning that it should be played loud, you're not kidding. What's the music in the pivotal scene?

JE: An incredible band from New York called Couch Slut. The track in question is off their newest record, Contempt. They're one of the most exciting bands in the heavy scene here in the States, and the lead singer is absolutely terrifying. I asked about using a song for the scene, showed it to her, and she suggested "Folk Song," which is the song that's in the film. It is a deeply unsettling piece that mirrors the scene it's painfully blasting over, but from a different perspective. I'm really lucky the band agreed to let me use it, it perfectly complements the scene.

“Henry was convinced I was a ‘horror guy’ (he’s not wrong, of course), but in our first phone call we were talking about Bresson, Melville, and Dassin.”
AC: There's an argument that the editor/director working relationship is the most important in finalizing how a film works: Is there a difference between working with someone like Joe Begos or Joe Lynch or Adam Green, who you know separate to work, and a fresh filmmaker like Henry Dunham? JE: Joe Begos and I are high school friends who skipped college and moved out to L.A. to make horror films, so that relationship is impossible to replicate. Lynch and Green were both filmmakers I admired as a teenager. I worked as an assistant editor for their editor (the incomparable Ed Marx) so I got to know them professionally first, but then as friends once those projects wrapped and we'd just sit around the ArieScope office talking about heavy metal and old slasher films. So that's also hard to replicate.

Henry and I first connected over his script and his thoughtful approach. We're incredibly different people, but I think we both wanted to make the same kind of movie, and throughout that process we became great friends.

I'm really excited to be playing "Gutter" in front The Standoff at Sparrow Creek, and to introduce Henry to the Fantastic Fest audience that I've loved for so many years.

JE: I'd like to continue to do interesting films that are different from my supposed "wheelhouse." Henry was convinced I was a "horror guy" (he's not wrong, of course), but in our first phone call we were talking about Bresson, Melville, and Dassin. My background in genre films gave me the skill set to make vital adjustments to the entirely dialogue-driven Sparrow Creek, and we had a blast every day problem-solving together. There wasn't a single unpleasant day in the editing room, and that is all I'm ever really trying to do. Make movies with my friends (new or old), and have a great time.

The Standoff at Sparrow Creek plus "Gutter"

Fantastic Fest runs Sept. 20-27. For more news, reviews, and interviews, as well as our daily show with the oneofus.net podcast network, visit austinchronicle.com/fantastic-fest.