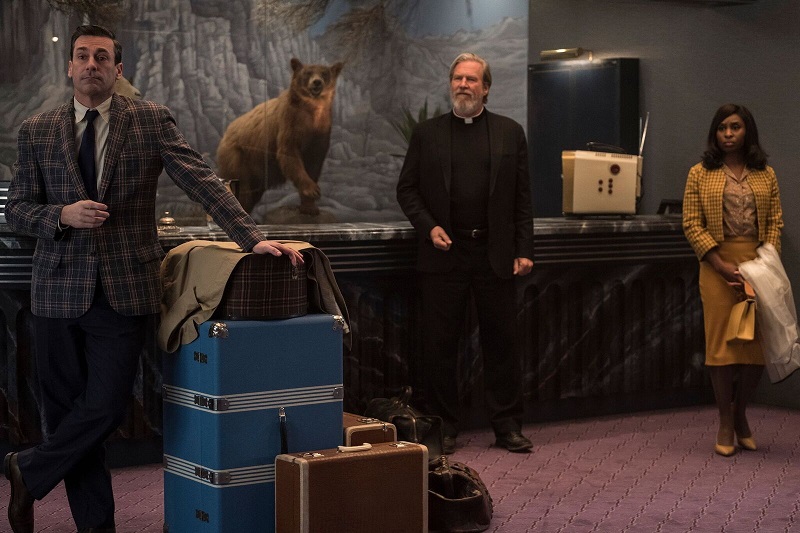 Bad Times at the El Royale, the closing night film for Fantastic Fest 2018

Bow down, ye unworthies! The final wave of Fantastic Fest films has been unleashed, and not only is it packed with incredible tales of fantasy, action, and horror, but prepare to have your hair blasted back with the sheer rocking power of Tenacious D!

The final additions to the fest come almost exactly one week before the opening night screening (read what's in waves one and two here), but let's dive straight into the big announcements.

• After Halloween was announced as the opening night film, now the star-packed Bad Times at the El Royale will be the closing night film (fun fact: the second time Chris Hemsworth has headlined a FF closer, the first being Red Dawn back in 2012).

• Speaking of Halloween, this year's opening party will be Halloween-themed – the holiday, not the movie – including prizes for your best costumes.

• That's not the only big title coming with buzz before the fall: Jonah Hill's unexpected directorial debut, skate kid meditation Mid90s, Terry Gilliam's long-awaited The Man Who Killed Don Quixote, and David Robert Mitchell's follow-up to his breakout It Follows, offbeat noir Under the Silver Lake, all make the list.

• The Miskatonic Institute of Horror Studies will educate the crowd with a special lecture by Alexandra Heller-Nicholas on "Ghouls to the Front: Rethinking Women's Horror Filmmaking."

• And throw your demon horns up right now, and keep them there until Tenacious D tell you otherwise. The metal gods behind the best song in the world will rock your skulls off as Kyle Gass and Jack Black blast into town in person to honor us with their new six-part animated series Tenacious D in Post-Apocalypto, and YES, they will be bringing their unholy guitars with them!

They're not the only musical offering this year. In one of the oddest choices ever for Fantastic Fest (and that's saying something, there will a screening of After the Screaming Stops. Don't leap to conclusions from the title: rather than a horror, this is a documentary about actor Luke Goss (Blade II, Hellboy II: The Golden Army) and his brother, musician Matt, who before their individual successes were the platinum-selling boy band Bros. Expect this tale of the path to their 2017 reunion concert to pair well with I Used to Be Normal: A Boyband Fangirl Story, and make for some fascinating counterprogramming to Graham Reznick's Deadwax, about a slab of deadly vinyl, and Lords of Chaos, about the bloody story of black metal pioneers Mayhem.

That bring us back to more familiar FF territory, with some big names associated with darker genre material. Jean-Claude Van Damme seems to follow up on the promise of his fascinating reinvention in meta-auto-bio JCVD with the grimy The Bouncer: Nicolas Cage (burning into cinemas this week with the otherworldly Mandy) continues his run with Between Worlds; and then there's Karyn Kusama's eagerly awaited follow-up to the unnerving The Invitation as she sends Nicole Kidman on a bloody path of vengeance in Destroyer.

And, of course, there always has to be a retrospective screening, and this year not only do fans of the super-gonzo Flash Gordon get a fresh new look at the pop SF classic, but also a peak behind the scenes with new documentary Life After Flash, following the life of star Sam J. Jones, aka Flash Gordon himself.

Fantastic Fest runs Sept. 20-27. Tickets and info at www.fantasticfest.com. We'll have more news, reviews, and interviews right through the festival at www.austinchronicle.com/fantastic-fest, so check back for more. Now, here's that final list in full:

AFTER THE SCREAMING STOPS 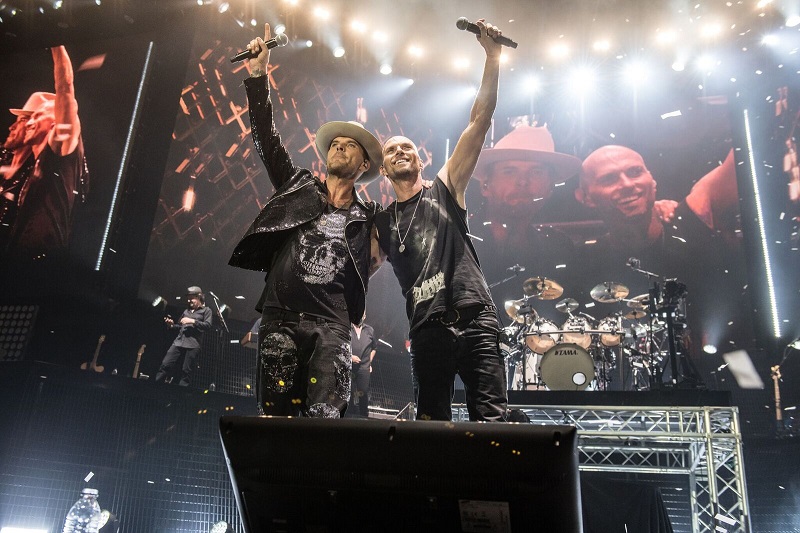 After the Screaming Stops
D: Joe Pearlman & David Soutar
United Kingdom, 2018, World Premiere, 97 min.
In Attendance – Directors Joe Pearlman and David Soutar
Matt and Luke Goss were part of Bros, one of the biggest bands of the Eighties. With a No. 1 album and sold-out concerts at stadiums across the world, the rise of the band was meteoric … sharply followed by their downfall. Now, the two brothers reunite for the gig of a lifetime, facing fractured relationships, a new musical landscape, and the changes that time brings. Can they rekindle the magic and make Bros come alive once again?

ALL THE GODS IN THE SKY

D: Quarxx
France, 2018, World Premiere, 98 min.
In Attendance – Director Quarxx
Simon lives in an old house in the countryside with his severely disabled sister. He takes care of her day after day, hoping that “they” will come to ease their pain. The date of “their” arrival approaches.

BAD TIMES AT THE EL ROYALE

D: Drew Goddard
USA 2018, Texas Premiere, runtime TBA
Seven strangers, each with a secret to bury, meet at Lake Tahoe’s El Royale, a rundown hotel with a dark past. Over the course of one fateful night, everyone will have a last shot at redemption … before everything goes to hell. Jeff Bridges, Chris Hemsworth, Jon Hamm, Dakota Johnson, and Cynthia Erivo lead an all-star cast in Bad Times at the El Royale. 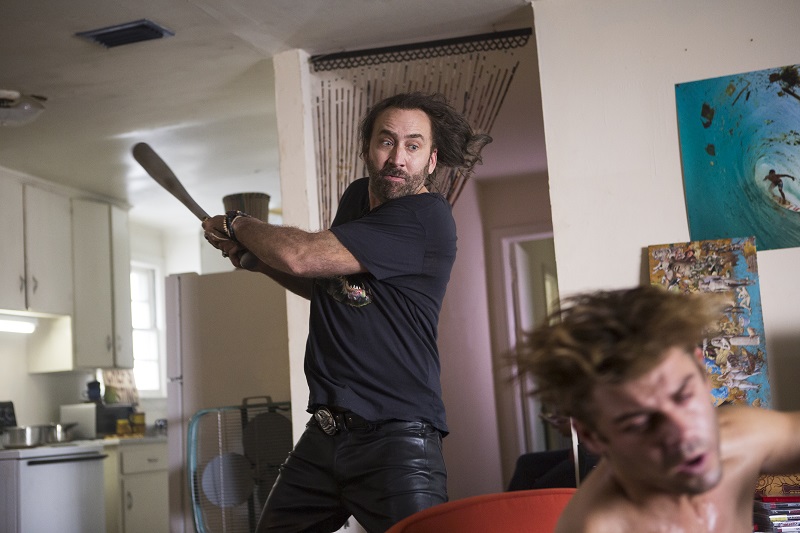 Between Worlds
D: Maria Pulera
USA, 2018, World Premiere, 90 min.
Nicolas Cage plays Joe, a lonely trucker whose new girlfriend’s daughter is possessed with the spirit of Joe’s recently deceased wife, creating a love triangle no synopsis can do justice to.

THE BLOOD OF WOLVES

D: Kazuya Shiraishi
Japan, 2018, Regional Premiere, 126 min.
In the neon-soaked streets of 1988 Hiroshima, experienced detective Ogami Shogo is forced to partner with greenhorn Hioka Shuichi to investigate a routine disappearance case. Soon they’re in the midst of a full-blown yakuza war that threatens to destroy all that the two men hold dear.

D: Julien Leclercq
France, Belgium, 2018, North American Premiere, 82 min.
Representing the moody, grimy, realistic return of JCVD to more dramatic roles, The Bouncer wows with a taut, contained approach to crime and violence, and one father’s fight to save his daughter.

D: David Oelhoffen
France, 2018, U.S. Premiere, 111 min.
A gangster film with heart, Close Enemies refers to Driss and Manuel, childhood friends now on either side of the law, who discover the sacrifices both are willing to make in the name of family in this Paris-set contemporary thriller. 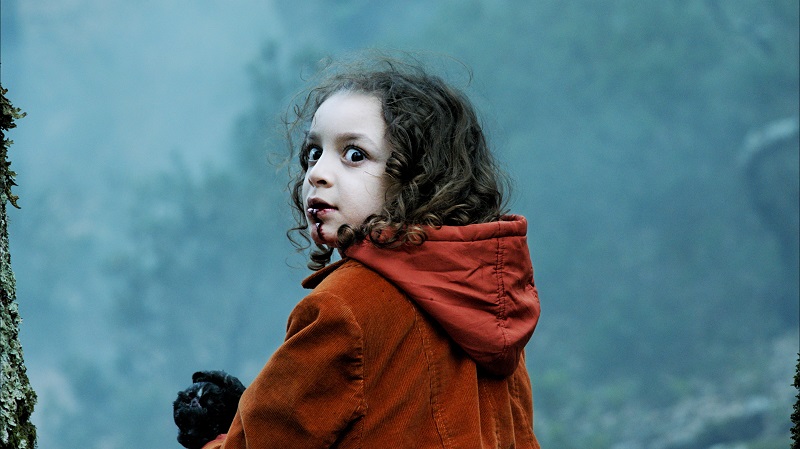 D: Graham Reznick
USA, 2018, Regional Premiere, 110 min.
A young woman is pulled into a murder investigation revolving around a curious vinyl record which has driven those who possess it mad, and killed anyone who dared to listen to it. 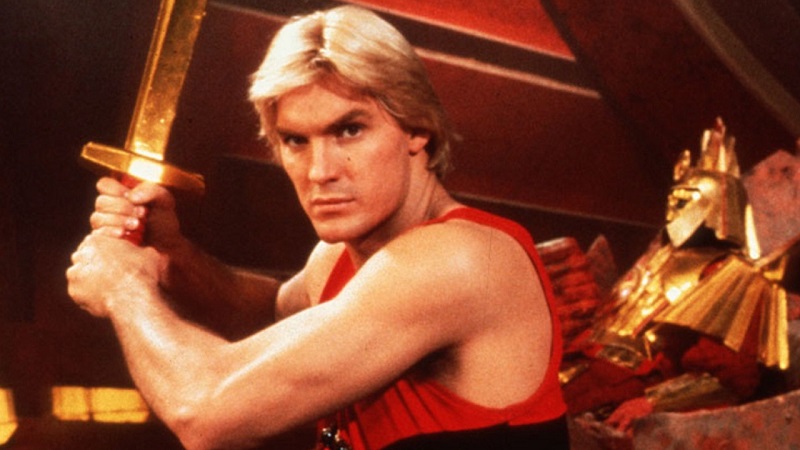 D: Mike Hodges
United Kingdom, USA, The Netherlands, 1980, Repertory Screening, 111 min.
He's here to save every one of us! Heroic earthling Flash Gordon protects the world from the nefarious Ming the Merciless in this lavish, majestically camp adaptation of Alex Raymond's legendary sci-fi comic strip.

D: Ho Yuhang
Malaysia, Korea, Singapore, 2018, World Premiere, 49 min.
Ho Yuang explores a strange and frightening relationship between a politician with a problem and a shaman who promises the solution in an episode of HBO's Folklore that’s deeply rooted in Malaysian legends.

I USED TO BE NORMAL: A BOYBAND FANGIRL STORY 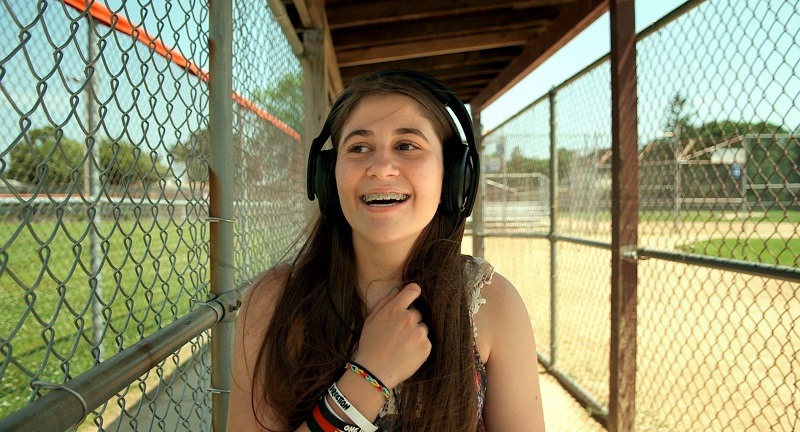 I Used to Be Normal
D: Jessica Leski
Australia, 2018, U.S. Premiere, 96 min.
In Attendance – Producer Rita Walsh
The lives of four women from across the globe are radically changed by their deep love of boy bands in this fascinating, joyful exploration of intense fandom.

D: Danishka Esterhazy
Canada, 2018, World Premiere, 102 min.
In Attendance – Writer/Director Danishka Esterhazy and Producers Judy Holm and Michael McNamara
The teenage girls of Vestalis Academy are meticulously trained in the art of being “clean girls,” practicing the virtues of perfect femininity. But what exactly are they being trained for? Vivien intends to find out.

D: Lisa Downs
United Kingdom, 2018, Texas Premiere, 94 min.
In Attendance – Director Lisa Downs and Actor Sam J. Jones
Celebrating the iconic Flash Gordon and focusing on the fascinating, unusual, and untold story of actor Sam J. Jones, the man behind the sparkly suit, Life After Flash is a celebration, an exploration, and a joyful scream all at once! 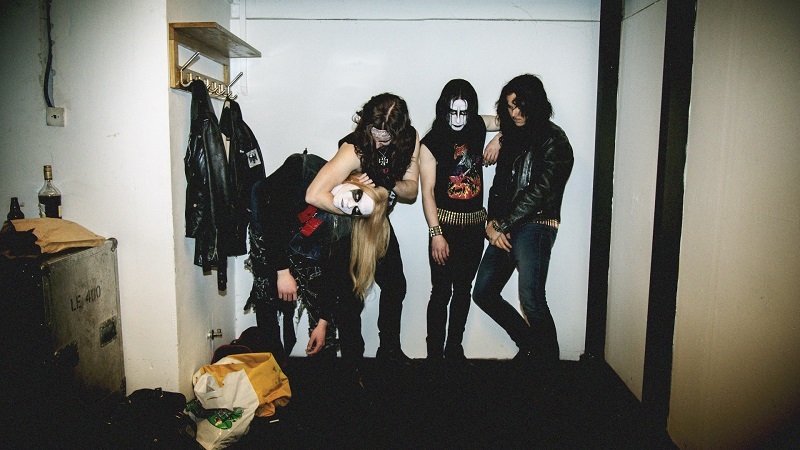 Lords of Chaos
D: Jonas Åkerlund
USA, 2018, Texas Premiere, 112 min.
Based on the biography of the same name, Lords of Chaos is the tale of an Oslo teenager who launches Norwegian black metal, setting off a chain of events that have made his band, Mayhem, infamous for decades.

THE MAN WHO KILLED DON QUIXOTE

D: Jonah Hill
USA, 2018, U.S. Premiere, 84 min.
In Attendance – Writer/Director Jonah Hill
Written and directed by Jonah Hill, Mid90s follows Stevie, a 13-year-old in Nineties-era L.A. who spends his summer navigating between his troubled home life and a group of new friends that he meets at a Motor Avenue skate shop. 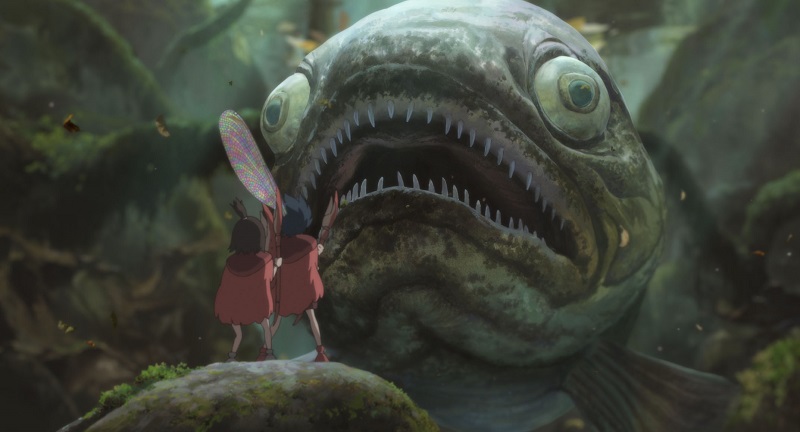 D: John Andreas Anderson
Norway, 2018, Texas Premiere, 105 min.
This sequel to The Wave follows the same family, off to Oslo where the Earth will shake again. The experts warned that it would! Expect death, drama, and awesome SFX. ‘Nuff said.

D: Zhang Yimou
China, 2018, U.S. Premiere, 116 min.
Zhang Yimou returns to the screen with an explosive tale of intrigue and action set within the warring Three Kingdoms. A wild and ambitious ruler, his loyal but cunning commander, and a double he’s set up as insurance, play games of deceit as war rages through their kingdom.

SLUT IN A GOOD WAY 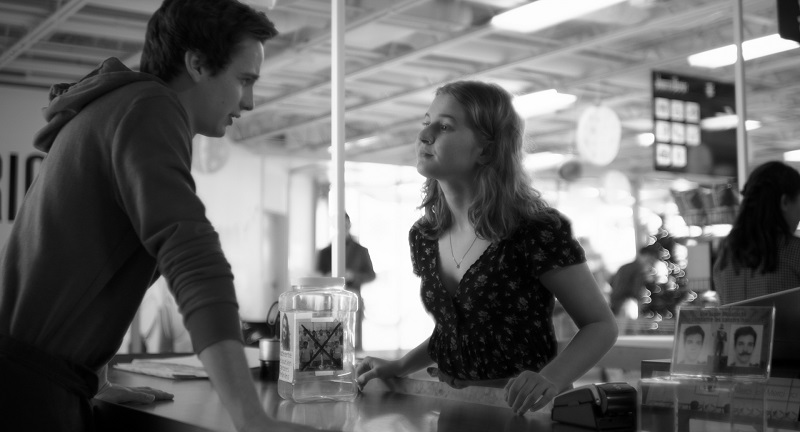 UNDER THE SILVER LAKE

D: David Robert Mitchell
USA, 2018, U.S. Premiere, 139 min.
From the dazzling imagination that brought you It Follows comes a delirious neonoir fever dream about one man's search for the truth behind the mysterious crimes, murders, and disappearances in his East L.A. neighborhood.

D: Adrian Panek
Poland, The Netherlands, Germany, 2018, International Premiere, 88 min.
In a makeshift orphanage forgotten by most, a group of children who just survived the Holocaust find themselves preyed upon by a pack of wolf dogs. Their fight for freedom has only just begun. 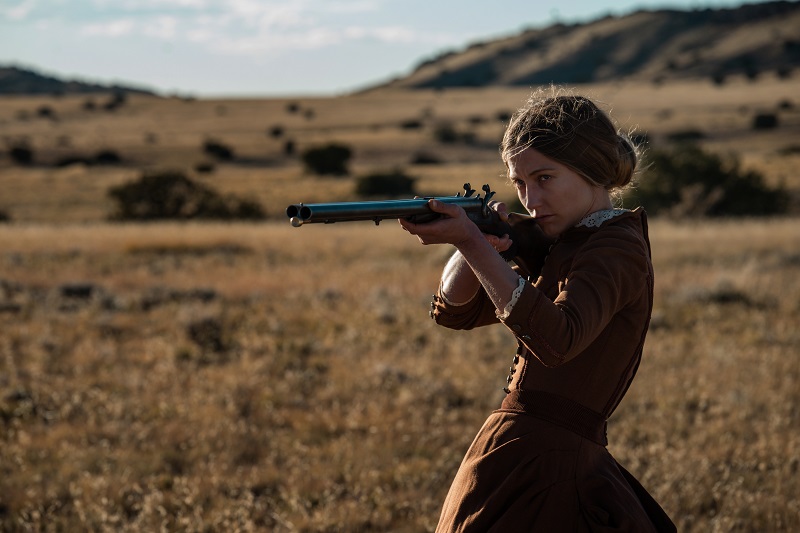 The Wind
D: Emma Tammi
USA, 2018, U.S. Premiere, 89 min.
In Attendance – Director Emma Tammi
In Emma Tammi’s narrative debut The Wind, the forces of nature in the isolated prairies of the American Wild West are playing tricks on Lizzy. Her paranoia only grows with the arrival of a mysterious young woman.

THE WORLD IS YOURS

D: Romain Gavras
France, 2018, Regional Premiere, 100 min.
Nothing goes as planned when a Parisian midlevel dealer must complete one last delivery to escape the drug life and open a Mr. Freeze franchise in Romain Gavras’ (Our Day Will Come) instant heist-comedy classic.

D: Brett Simmons
USA, 2018, World Premiere, 92 min.
In Attendance – Director Brett Simmons
Counselors are being killed off at summer camp, and Sam (Fran Kranz) is stuck in the middle of it. Instead of contacting the cops, he calls his friend and slasher-film expert (Alyson Hannigan) to discuss his options.