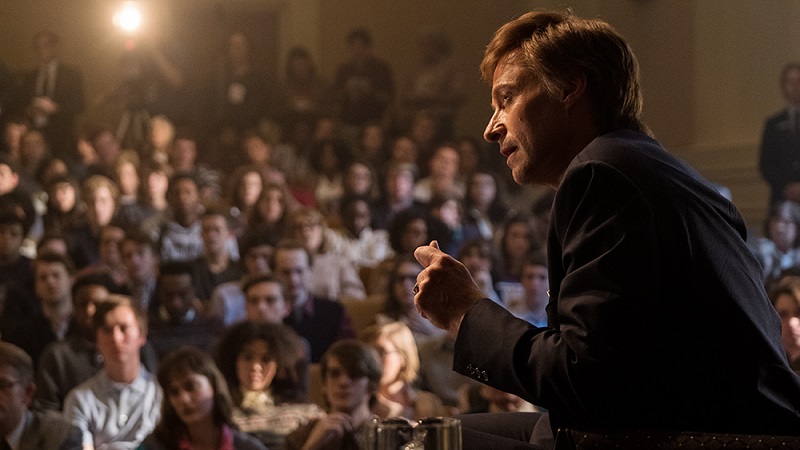 Hugh Jackman as Gary Hart in The Front Runner, announced today as the closing night film for Austin Film Festival 2018

Get ready to rub shoulders with some Oscar nominees and winners at this year's Austin Film Festival. The festival dedicated to the work of the screenwriter just unleashed its second wave, including new films by Jason Reitman, Yorgos Lanthimos, and Asghar Farhadi.

After a first wave that included new films starring Melissa McCarthy, Tessa Thompson, and Fankie Muniz, the big news today is that Reitman's latest, political biopic The Front Runner, will be the closing night film for the festival's 25th anniversary season. Based on Matt Bai's 2014 book All the Truth Is Out: The Week Politics Went Tabloid, it stars Hugh Jackman as Gary Hart, the seemingly inevitable Democratic nominee for the 1988 presidential ticket whose career flamed out after a sex scandal.

AFF also snagged one of the very first screenings of The Favourite, the latest from writer/director Yorgos Lanthimos: After a series of contemporary absurdist masterpieces (Houndtooth, The Lobster, The Killing of a Sacred Deer), now he's stepped back in time for a period piece about rivalry in the royal court of 18th century Britain, with an aristocrat (Rachel Weisz) and a servant (Emma Stone) vying for the favor of an ailing queen (Olivia Colman).

Both Reitman and Lanthimos have been Oscar-nominated, but they join an Oscar winner Asghar Farhadi (A Seperation, The Salesman), who brings his latest, Spanish language thriller Everybody Knows.

That's just a fraction of the films announced today, including a quartet of world premieres: The Money Stone, Stuart Harmon's documentary about child gold miners in Ghana; cult psycho-thriller The Dark Red; amnesia shocker Undercliffe; and Love Goes Through Your Mind, about how mental illness rips an Indian-American family apart.

The Front Runner
D:Jason Reitman
Writers: Matt Bai, Jay Carson, Jason Reitman, Based on the book All the Truth is Out by Matt Bai
Starring: Hugh Jackman, Vera Farmiga, J.K. Simmons, Alfred Molina
Oscar® nominee Hugh Jackman stars as the charismatic politician Gary Hart for Academy Award®-nominated director Jason Reitman in the new thrilling drama The Front Runner. The film follows the rise and fall of Senator Hart, who captured the imagination of young voters and was considered the overwhelming front runner for the 1988 Democratic presidential nomination when his campaign was sidelined by the story of an extramarital relationship with Donna Rice. As tabloid journalism and political journalism merged for the first time, Senator Hart was forced to drop out of the race – events that left a profound and lasting impact on American politics and the world stage. 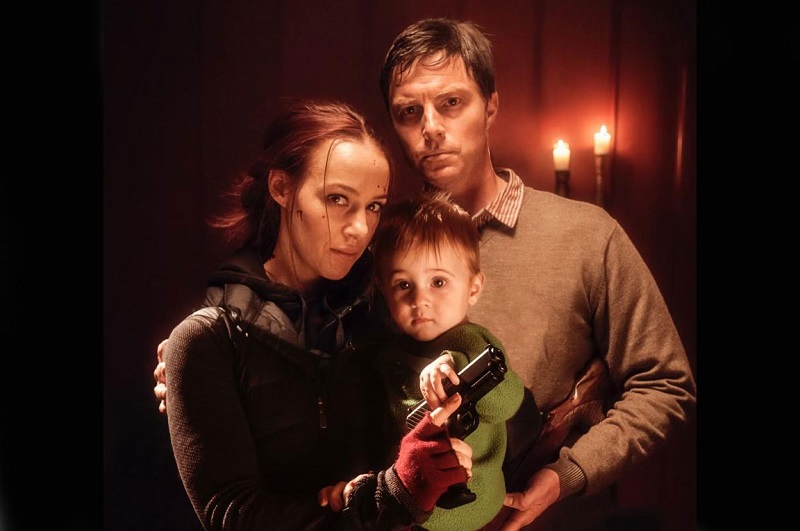 Everybody Knows
D: Asghar Farhadi
Writer: Asghar Farhadi
Starring: Javier Bardem, Penelope Cruz, Ricardo Darin
Laura, a Spanish woman living in Buenos Aires, returns to her hometown outside Madrid with her two children to attend her sister's wedding. However, the trip is upset by unexpected events that bring secrets into the open.

The Favourite
D: Yorgos Lanthimos
Writer: D: Yorgos Lanthimos
Starring: Emma Stone, Rachel Weisz, Olivia Colman
Early 18th century. England is at war with the French. Nevertheless, duck racing and pineapple eating are thriving. A frail Queen Anne (Olivia Colman) occupies the throne and her close friend Lady Sarah (Rachel Weisz) governs the country in her stead while tending to Anne’s ill health and mercurial temper. When a new servant Abigail (Emma Stone) arrives, her charm endears her to Sarah. Sarah takes Abigail under her wing and Abigail sees a chance at a return to her aristocratic roots. As the politics of war become quite time consuming for Sarah, Abigail steps into the breach to fill in as the Queen’s companion. Their burgeoning friendship gives her a chance to fulfill her ambitions and she will not let woman, man, politics or rabbit stand in her way

The Money Stone
D:Stuart Harmon
Deep under the jungles of Ghana, scores of children are driven by poverty to leave school and work in dangerous pits in search of gold. Justice and Maxwell, two teens trapped in the deadly world of illegal mining who risk it all in search of a better future (World Premiere).

Undercliffe
D: Lisa Mulcahy
Writer: Bruce McLeod
Starring: Laurie Kynaston, Mark Addy, Akbar Kurtha, Stephanie Hyam
A young man wakes up beaten half to death in a wasteland, with no memories of what happened to him or who he is. As he investigates his own past, he discovers that he has left a trail of destruction in his wake (World Premiere).

"Candid"
D: Gabrielle Shepard
Writer: Gabrielle Shepard
Faced with the memory of her late mother, an aspiring street photographer takes a surreal journey through the city as she reconciles her future and the relationship with her father.

"Max & The Monster"
D: Jenna Kanell
Writer: Jenna Kanell
Maxine struggles to regain normalcy after acquiring the company of a persistent monster whom no one else can see.

"The Ride Home"
D: Laura Adkin
Writer: Laura Adkin
A young girl makes an unexpected connection with a couple who offer her a ride home after her painful and complicated decision to terminate her pregnancy.