Chronicle Recommends: Back to School

Seven of the best movies about edumacation

Every month, the Chronicle's film critics select a theme and offer movie recommendations. As everyone heads back to school, we celebrate the best and worst of movies about life in and out of the classroom. 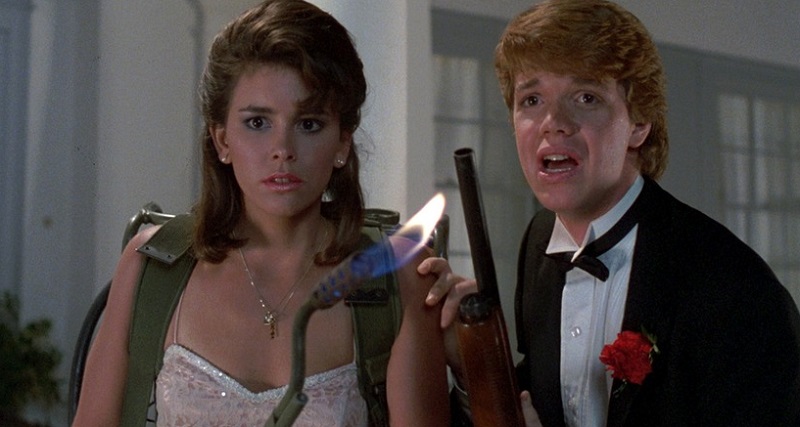 1986 was a terrorific year for horror movies: From Beyond, The Hitcher, Brundlefly, and uh, Maximum Overdrive all premiered, and there blood. Director Fred "The Monster Squad" Dekker’s debut feature added killer slugs from outer space and their zombified human hosts, frat boys and sorority sisters in peril, and genre god Tom Atkins as a hard-boiled cop investigating all that collegiate crazy. A flat-out brilliant homage to Fifties B-movies with actual shout-outs to Raimi, Landis, Romero, Cronenberg, Carpenter, and Hooper, I promise to bite anyone who doesn’t dig this gore-ious horror/comedy mashup. Quoth Atkins: “Thrill me.” – Marc Savlov 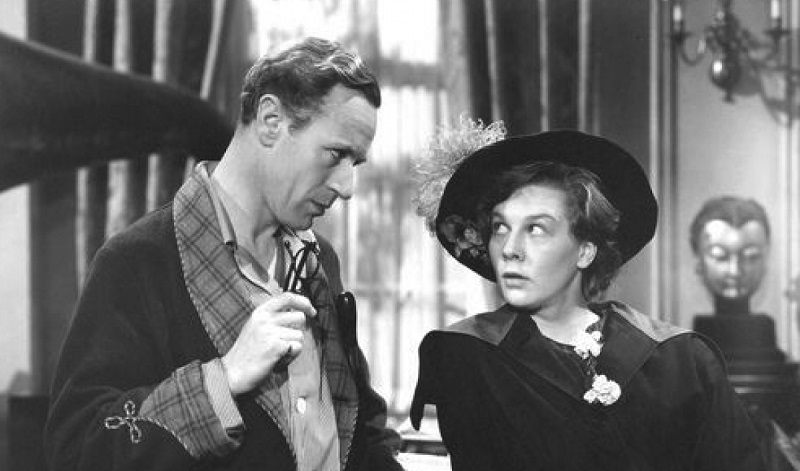 Mulling the rain in Spain, which stays mainly in the plain, you’re liable to hum a few bars from 1964 musical My Fair Lady. But that particular elocution lesson goes as far back as this delightful 1938 film adaptation of Pygmalion, George Bernard Shaw’s tale of a Cockney flower girl who transforms under the tutelage of a professor of phonetics. One of Shaw’s favorite stage actresses, Wendy Hiller made a splash in her first film role by being the first British actress to use “bloody” as a swear word on camera. – Kimberley Jones 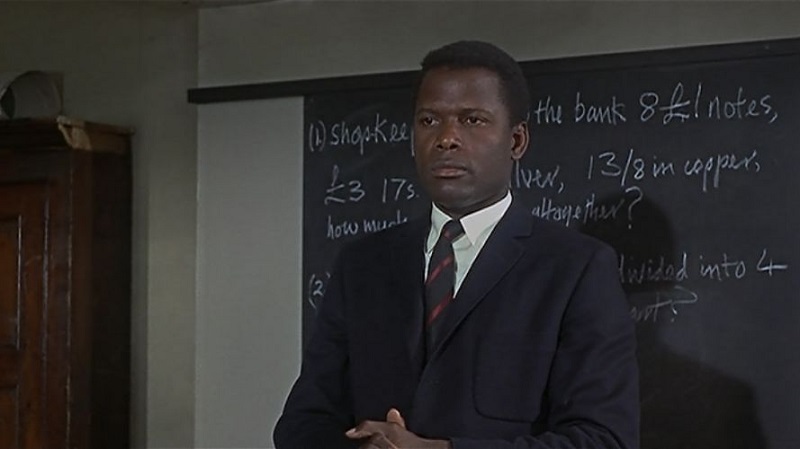 Sidney Poitier was a bona fide movie star by the time he appeared in this sentimental drama about an idealistic American educator imparting life lessons to a class of unteachable students in the blackboard jungle of London’s East End. When British torch singer Lulu dedicates the film’s title song in letters in the sky soaring a thousand feet high to this man who’s made a difference, you’ll probably tearfully recall that special teacher who did the same for you. – Steve Davis 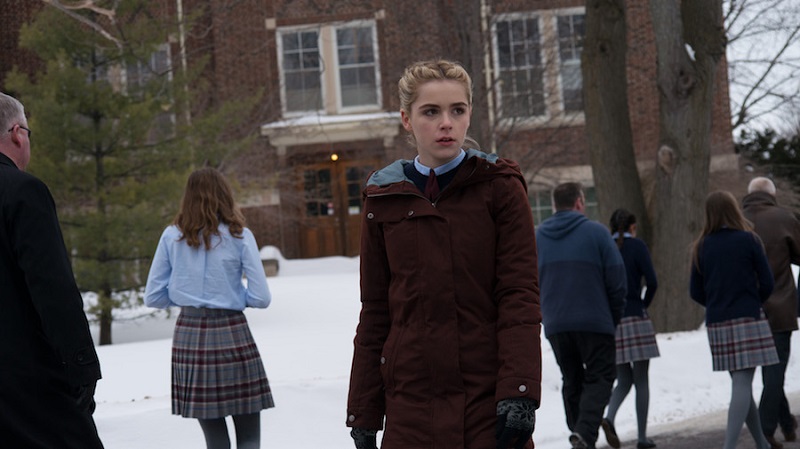 The biggest lesson from writer-director Osgood Perkins' debut is not that true horror comes from the shock of the unexpected, but rather, the dismay of the inevitable. When boarding school freshman Kat (Kiernan Shipka) finds herself stranded on campus during winter break, she fears the worst for her missing parents – that is, until the worst comes looking for her. – Matthew Monagle 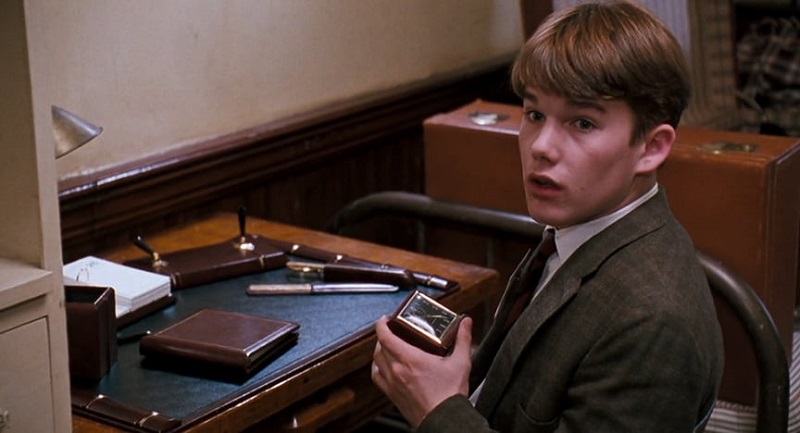 Since 2018 is shaping up to be an outstanding year for Ethan Hawke, it seems a good time to revisit his breakthrough role. Robin Williams stars in peak dramatic form as an English teacher whose unorthodox methods for teaching poetry are designed to instill values of nonconformity and free-thinking in his impressionable students. Hawke is the conflicted private-school teen who best absorbs his teacher’s instruction to “Carpe diem.” – Marjorie Baumgarten 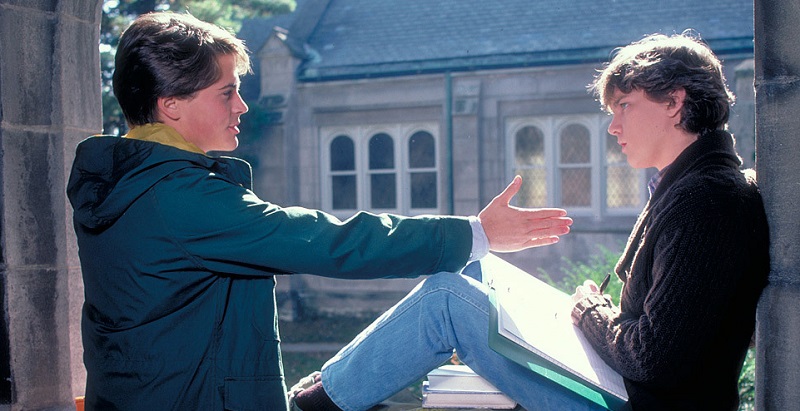 Much like the majority of Eighties boner comedies set in boarding schools (and most of the entertainment widely consumed today), the film Class has a premise that seems to be derived from a drunken dinner party among studio executives. Working-class kid gets into a posh private school. His roommate is a posh preppy who shows him the ropes and helps him lose his virginity. Said virginity is taken by an older woman who ends up being the mother of the posh preppy. Cue the hijinks. That it stars Andrew McCarthy, Rob Lowe, John Cusack, and that guy who played Cameron in Ferris Bueller’s Day Off (Alan Ruck), all when they were literally teenagers, makes the film a must see. Throw in Jacqueline Bisset as the mother in question, and you have, well, another bygone sex comedy. But I will say this, Class may be crass, but there’s no avoiding its sass. – Josh Kupecki 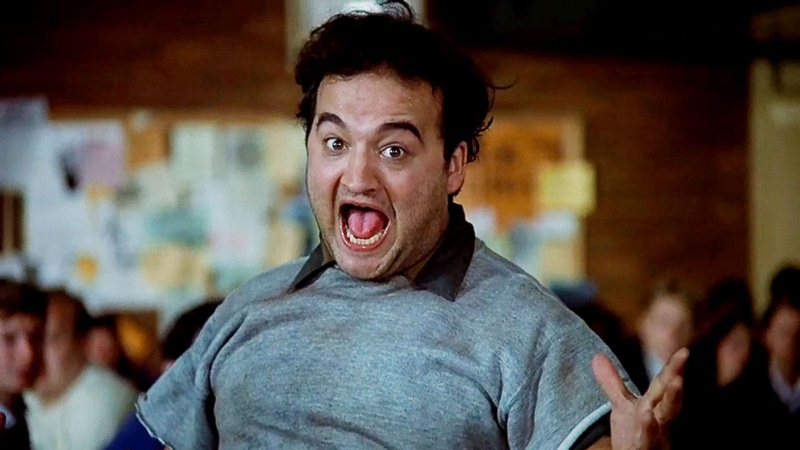 Toga! Toga! Toga! Toga! Keep your Van Wilders and your American Pies and your Road Trips and your Old Schools, the original pledge of American college comedies is still top of the class, magna cum laude. Based (one can only hope very lightly) on screenwriter Harold' Ramis' experience time pledging Zeta Beta Tau at Missouri's Washington University, the raw insanity of Faber College's Delta Tau Chi is the higher ed experience everyone wishes they had, but are glad they never did. In the middle of all the drunken hi-jinks, there's still time for swinging satire about race, militarism, and class in America, plus a pointed reminder: Just because you'd like to share a beer with someone, doesn't mean they should ever hold elected office. – Richard Whittaker

Chronicle Recommends, Back to School, Class, Animal House, The Blackcoat's Daughter, Dead Poets Society, Night of the Creeps, To Sir, With Love