If only all poetry lessons were this hilarious and fun 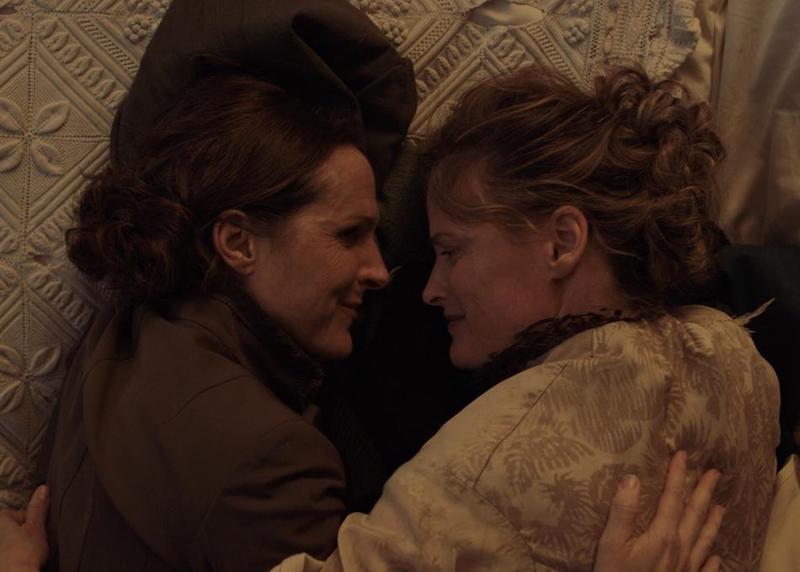 Since her work was published posthumously after her death in 1886, the perceived persona of Emily Dickinson has been that of a spinster and a recluse, a woman who never married (gasp!), and spent her time as a lonely poet perfecting her aesthetic.

All that gets thrown out the window in writer/director Madeleine Olnek’s sublime re-examination of Dickinson’s life in Wild Nights With Emily, which also has the distinction of being one of Molly Shannon’s strongest and funniest performances to date as the titular poet.

The film, based on more recent biographies, paints Emily as a joyous, witty intellectual stifled by the patriarchy of the 19th century. Much of that joy comes from her romance with her childhood friend Susan Gilbert (Susan Ziegler). However, Gilbert ends up marrying Emily’s brother, becoming her sister-in-law. But all is not lost, as they build a house next door. Much scurrying between the houses ensues. The framing device is that of Mabel Todd (Amy Seimetz), who was the first to publish Dickinson’s poetry, and the first to perpetuate her austere ways, as she gives a lecture at a women’s society. The juxtaposition between the depiction of Emily’s life and Todd’s version of it are hilarious. In fact, this is one of the best comedies I’ve seen all year. The supporting players are expertly cast, and Shannon and Ziegler have a delightful chemistry. Olnek has not only placed another feminist comedy feather in her cap, she shows how a biopic should be done.