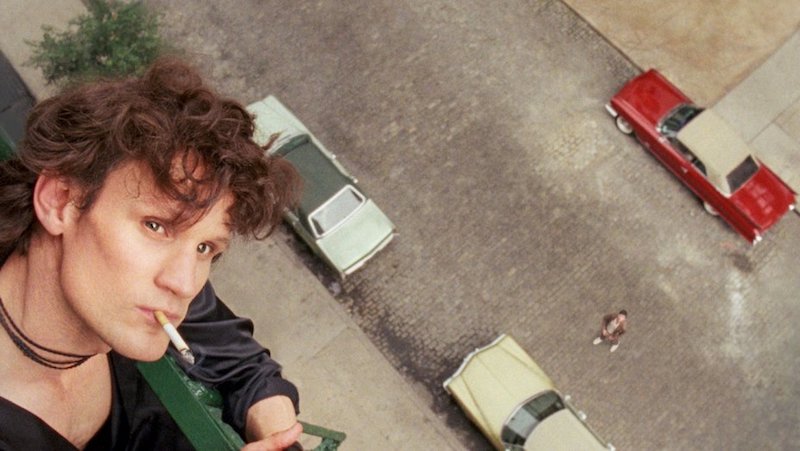 Robert Mapplethorpe changed photography. His grasp of the symmetry and sculpture of flesh, his ability to find beauty and grace and humor in what many found obscene, and to transmit all those emotions. Perhaps it was always a tall order to think that a biography of him could come close to such an impact.

After what could have been a career-defining term as a sci-fi icon in Dr. Who, Smith has careened between wild and eclectic performances – or less performances and more habitations of another person's skin. His brash, wild Prince Philip in The Crown, the erratic and violent Bully in Lost River, and giving it his all as the twittering poltroon Parson Collins in Pride and Prejudice and Zombies. In that sense, Mapplethorpe is perfect for him: the man that captured the most graphic depictions of the most extreme kinks of Seventies queer culture and injected them into the mainstream.

Adapted (with the blessing of the Mapplethorpe Foundation) by director Ondi Timoner and screenwriter Mikko Alanne from an unproduced script by Bruce Goodrich, Mapplethorpe is a coming-out story as an embracing of both sex and art. Goodrich took a retrospective approach, looking at his life through the lens of the furore about the posthumous The Perfect Moment exhibition. Instead, Mapplethorpe begins with a whisper, as the young Mapplethorpe, in his ROTC dress uniform, leaves Brooklyn's Pratt Institute in 1969, only for he and similarly unknown artist Patti Smith (newcomer Marianne Rendón) to become friends and lovers in a Bohemian New York.

Unfortunately, the pair met in 1967, two years before Mapplethorpe dropped out, and that's just one of a series of biographical licenses taken that actually make Mapplethorpe less interesting than real life. The broad outlines (and it is very linear) are there, through their split, Mapplethorpe's constant battle between his undeniable artistry, his desire for fame, and his subjects, which would always keep him an outsider, and his death in 1989.

The episodic narrative is in some ways sensible, because the subject material is so explosively captivating; similarly, it's an almost impossible circle to square asking any cinematographer to match Mapplethorpe's eye would be a fiendish challenge, and so veteran cinematographer Nancy Schreiber depicts a hazy 16mm New York that, while fascinating, we have seen before.