Jenna Laurenzo's movie proves that sometimes coming out is funny

Coming out can be a lot of things, but rarely is it depicted as funny, which is partially why Jenna Laurenzo wrote Lez Bomb six years ago. And before you think – not another coming out movie – rest assured, this one will make you laugh out loud. 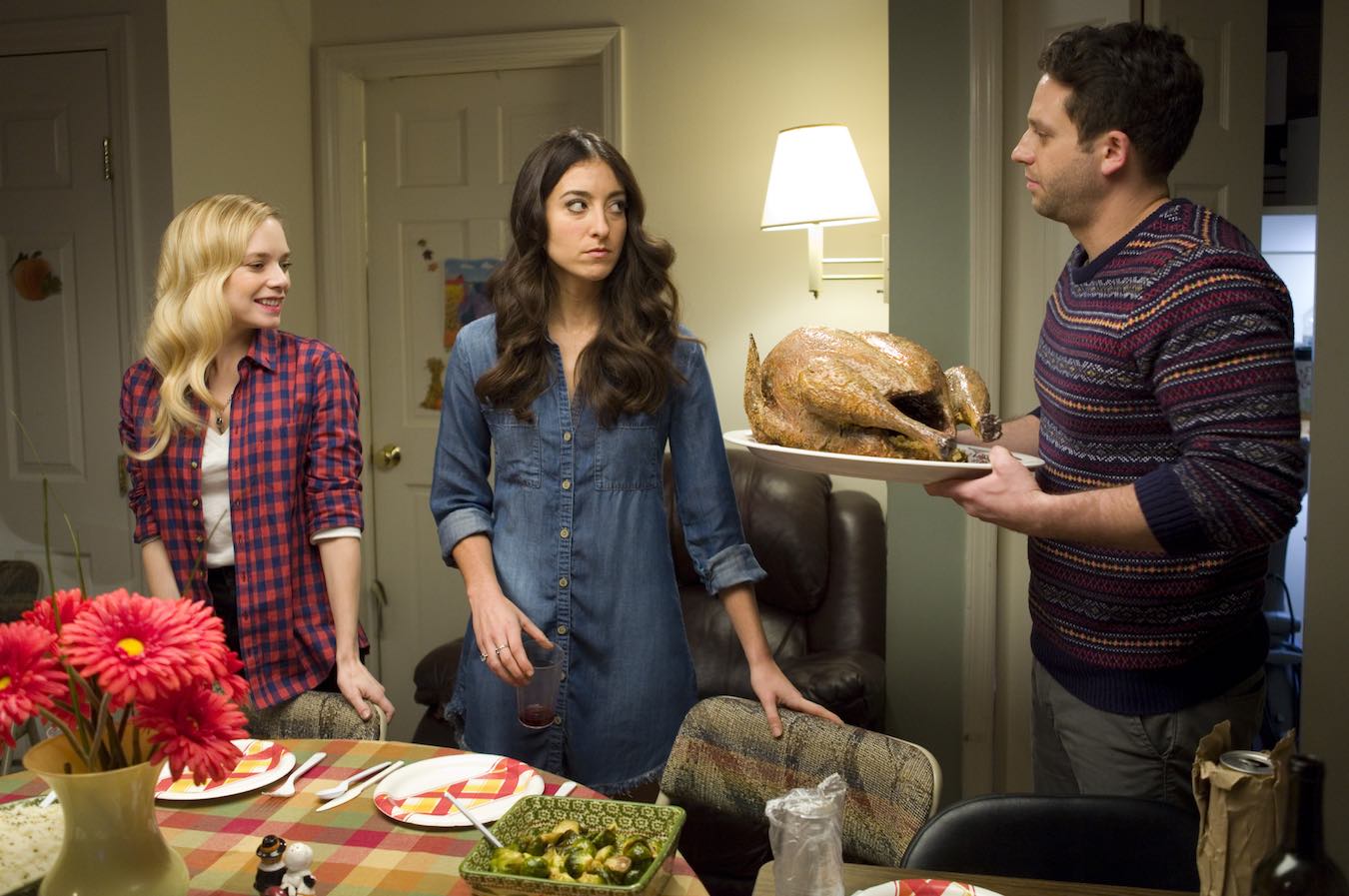 Lez Bomb, which stars Laurenzo (who also directed the film) and features a spectacular supporting cast including Cloris Leachman, Bruce Dern, and Kevin Pollack among others, tackles the evergreen issue over turkey and spinach dip. Lauren, a nice Jersey girl, has big plans to bring her girlfriend home to meet her family on Thanksgiving. All she has to do is come out to them first – what could possibly go wrong? Well, anyone who has a family can answer that question and, inevitably, hijinks, pot-smoking, and hilarity ensue.

While rarely feeling heavy-handed, Lez Bomb manages to be both over-the-top funny and yet incredibly realistic, sans the doom and gloom of yesteryear. The movie is largely a family affair, shot in Laurenzo’s family home and her mother’s motel, and offers a refreshing take on the anxieties around telling your parents “hey, I’m queer.” But what it also does, with a good portion of humor, is show just how great it can feel after the big reveal (sometimes it is all rainbows and unicorns).

In a post Love, Simon world, it’s almost forgettable that the majority of lesbian films from the Nineties and early Aughts ended in tragedy or heartbreak or lesbians – somehow – having more sex with cis men than with women. For years, as Laurenzo noted during aGLIFF’s Q&A following the screening, 2005’s Imagine Me & You was one of the only movies in the lesbian canon that let young queer women believe in happy endings. More than a decade later, Laurenzo’s Lez Bomb – used a as colloquialism for coming out – not only offers a happy ending for 2018 (it’s a romantic comedy after all), but could easily sidle up next to Simon as a mainstream queer film. In fact, Laurenzo told audience members that Lez Bomb has sold and will be released in theaters on November 9. Just in time for Thanksgiving with the fam.