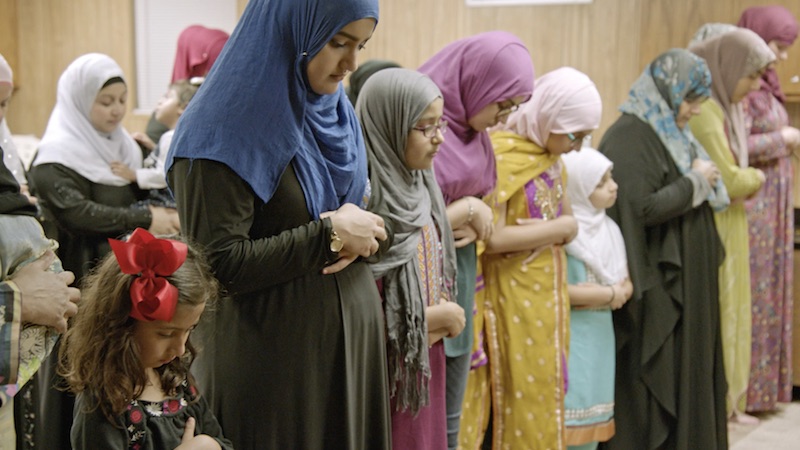 A Town Called Victoria, one of this year's AFS Grant recipients

The biggest challenge facing first time and independent filmmakers is often finance, and that’s just one barrier to fostering diversity in the moviemaking community. Now the Austin Film Society is knocking some of those barriers down with the list of recipients of the 2018 AFS Grants truly reflecting that state’s talent pool.

Out of this year’s 19 recipients of the annual production fund, 11 projects are directed by women, while half of all directors and co-directors identify with a community of color. AFS Head of Film Holly Herrick said, “Texas continues to turn out some of the country’s most promising artistic voices, but also, our region-specific projects are often bellwethers for national conversations. This is the case now more than ever, as the country’s attention is turned toward our borders. Through the process of celebrating our latest grantees, we’re eager to have the film community outside of Texas get to know the filmmakers who are telling these critical stories from an inside perspective.”

That diverse slate of grant winners includes a host of directors and projects already covered in the pages of the Chronicle, including Dallas-to-Austin transplant Yen Tan. His narrative feature 1985 is one of the projects to share in the $110,000 in production fund grants going out to movies either currently filming or headed to distribution (that makes this a doubly exciting weekend for Tam, who is being honored as the first ever Tribute Award recipient at this weekend’s All Genders, Lifestyles, and Identities Film Festival - see our aGLIFF coverage for more details).

On top of the production fund recipients, there are three winners of the inaugural North Texas Pioneer Film Grant. Michael Rowley’s Hurdle, Jazmin Diaz’s Lulu Street, and Morrisa Maltz’s The Unknown Country split the $30,000 award, supported in part by Sailor Bear (the award-winning filmmaking collective founded by previous AFS Grant recipient David Lowery, and his A Ghost Story producers Toby Halbrooks and James M. Johnston) and Ley Line Entertainment. The program is specifically designed to help new filmmakers in the Dallas/Fort Worth area.

The winners join another first-time honoree, Li Lu, who receives the $10,000 New Texas Voices Grant towards completing A Town Called Victoria, the documentary about the 2017 arson attack on a Texas mosque.

1985 isn’t the only aGLIFF title getting the AFS boost, as PJ Ravel’s Call Her Ganda (the opening film at this weekend’s festival) heads up the list of travel grant recipients. That fund is specifically set aside to provide financial assistance to get directors and their finished projects to international festivals to screen their movies. Other beneficiaries include Anna Margaret Hollyman, who took her short “Maude” to the Sundance Film Festival; Huay-Bing Law, whose HBO-endorsed period migrant drama "June" screened during San Francisco's CAAMFEST; and Bob Byington, who swipes this year’s distance prize for taking his surrealist comedy Infinity Baby to Greece’s Thessaloniki Film Festival last year.

The AFS Grant program, which began in 1996 as the Texas Filmmakers Production Fund, has been a vital show of support for many new and rising filmmakers, awarding $1.86 million in cash and in-kind support to projects over the last 22 years. Prior recipients make up a who’s who of Texas directors, including Kat Candler (Hellion), the Zellner Bros., (Kid-Thing), Augustine Frizzell (Never Goin’ Back), and Keith Maitland (Tower). The program is supported by Amazon Studios, Warbach Lighting and Design, Stuck On On, Sailor Bear, Kodak Motion Picture Film, MPS Camera and Lighting, Tango Entertainment, Oak Cliff Film Festival, Art Works, City of Austin Economic Development Department/Cultural Arts Division, and the Texas Commission on the Arts.

Now, here's the full list of grant recipients: Congratulations to all. 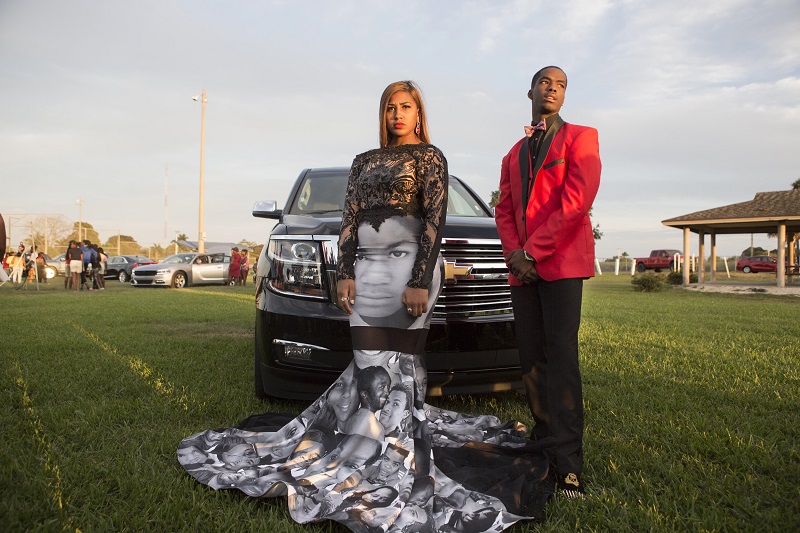 1985
Narrative Feature in distribution
D: Yen Tan
Inspired by the award-winning short film of the same name, 1985 follows Adrian (Cory Michael Smith), a closeted young man returning to his Texas hometown for Christmas during the first wave of the AIDS crisis. Burdened with an unspeakable tragedy in New York, Adrian reconnects with his brother (Aidan Langford) and estranged childhood friend (Jamie Chung), as he struggles to divulge his dire circumstances to his religious parents (Virginia Madsen and Michael Chiklis).

A TOWN CALLED VICTORIA
New Texas Voices Grant
Documentary Feature in production
D: Li Lu
Hours after the first travel ban takes effect, a mosque in Victoria, Texas erupts in flames. As details of the arson emerge and a suspect goes to trial, this quiet community must reckon with the deep rifts that drove a man to hate.

BUILDING THE AMERICAN DREAM
Documentary Feature in post-production
D: Chelsea Hernandez
In the shadow of a lucrative building boom in Texas, more construction workers die on the job than any other state. Building the American Dream follows the intimate stories of hard-working immigrant families fighting for their livelihood.

HURDLE
North Texas Pioneer Film Grant
Documentary Feature in post-production
D: Michael Rowley
In the shadow of a wall stands a new generation of Palestinian. With defiant creativity, they prove that no matter the height of the obstacle, one can always climb.

LULU STREET
North Texas Pioneer Film Grant
Narrative Feature in production
D: Jazmin Diaz
Two decades after immigrating with her family from Mexico, an aging Dalia’s previously buried struggles are laid bare before her granddaughter Sofia, an overwrought ten-year old with intentions of making it to an audition out of town.

NOTHIN’ NO BETTER
Documentary Feature in post-production
D: Ben Powell and Bo Powell
The people of Rosedale - black and white, rich and poor, young and old - invite you to peek into their lives in this fading Mississippi Delta town. A gently composed and subtly humorous portrait of the many personalities that make up a quintessential American community, still hanging on despite a painful past and an uncertain future.

PAHOKEE
Documentary Feature in post-production
D: Patrick Bresnan and Ivete Lucas
In an isolated Florida town where hardship has afflicted generations, hopes for the future are concentrated on the young. Pahokee is a poetic observation that follows four youth ascending heartbreak and relishing in the joyous rituals and rites of passage that serve as their send-off from home. Pahokee is also the recipient of a Stuck On On in-kind grant.

THE CARNIVORES
Narrative Feature in post-production
D: Caleb Johnson
Alice and Bret's dog Harvey is dying, and he's ruining everything. What had been a bright little family is quickly getting consumed by clouds of self-doubt, suspicion and a disturbing amount of ground beef.
The Carnivores is also the recipient of a Stuck On On in-kind grant.

THE UNKNOWN COUNTRY
Narrative Feature in production
North Texas Pioneer Film Grant
Dr Morrisa Maltz
Spurred by the discovery of a forgotten family photograph, a young Lakota woman embarks on an epic journey that will take her from her home in Minneapolis all the way to the Texas border. This narrative/doc hybrid is an exploration of the American Midwest and the people and places found within it.

XA-LYU K’YA
Documentary Feature in production
D: Carlo Nasisse and Geronimo Barrera
In Xa-lyu K’ya (World of Mountains), the Oaxacan Chatino people, international corporations, and environmental NGOs become entangled in the debate over the fate of Mexico’s rapidly disappearing rainforest. What begins as a story of man’s relationship to the land quickly evolves into something much more as the mist, jaguars, carbon, hallucinogenic mushrooms and dreams announce themselves as crucial actors in an environmental and epistemic conflict. 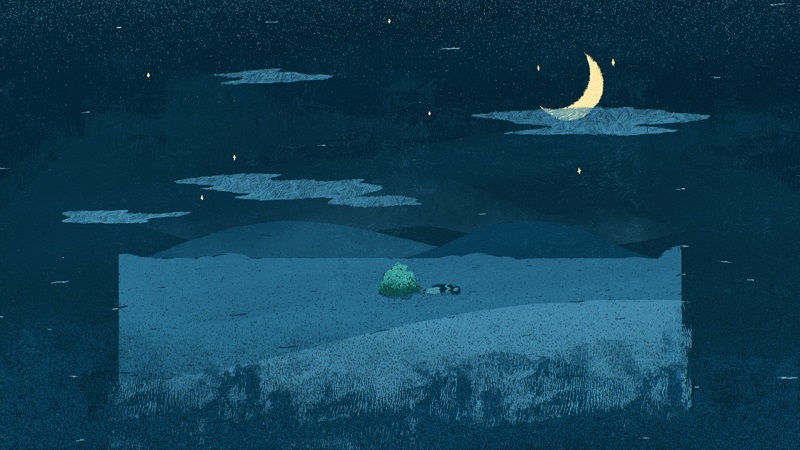 "Things We Left Behind"

I AM TX
Narrative Short in post-production
D: Ryan Darbonne
On their last day of tour, a black punk band find themselves in awkward, surreal and life-threatening situations with an ignorant cast of characters.

PIOJO
Narrative Short in production
D: Miguel Alvarez
In the near future, a struggling, single father discovers the terrible consequences of his actions when he's caught stealing medicine for his sick son.

SUMMER ANIMALS
Narrative Short in post-production
D: Haley Anderson
Summer. Texas. Fifteen year old Tommy is tired of living in and out of motels with her family. She just wants to be a normal teen and escape the summer heat, but instead has to take care of her two younger siblings while her single mother, Lane, works as a housekeeper trying to secure a down payment on an apartment. When the family gets thrown out of a motel, Tommy, driven by her longing for freedom, risks Lane’s reputation by breaking into the pool of her wealthy employer.

THINGS WE LEFT BEHIND
Documentary Short in post-production
D: Amy Bench
"Things We Left Behind" is a visual diary film of an immigrant's experience, recounting objects and memories that connect her to her former life. It is a series vignettes told by a young woman who came to the US as an unaccompanied minor, with nothing save for a plastic bag to protect her from the cold. The film is a story of survival and how the unfolding of memory can propel one beyond insufferable trauma and loss.

TIGHTLY WOUND
Animated Short in distribution
D: Shelby Hadden
A woman recounts her experience living with chronic pelvic pain – how health professionals have failed her, men have rejected her, and how shame, anger and hatred have plagued her body. 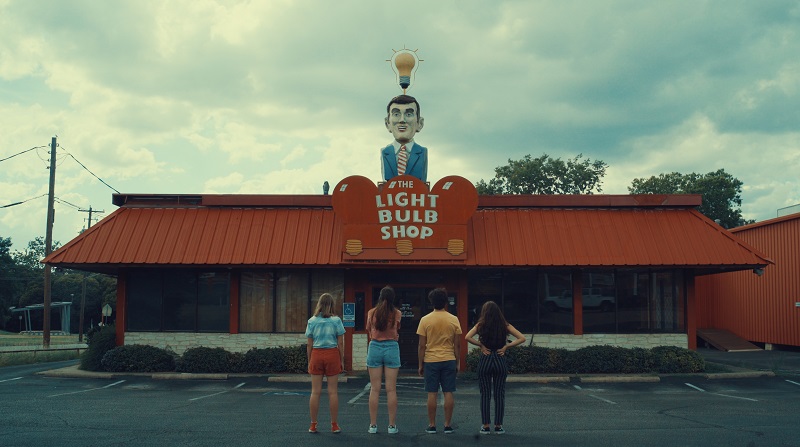 DEAR LEO
Harrison McClure endowed grant for an undergraduate filmmaker
Narrative Feature in Post-Production
D: Emma Rappold
When a witty, anxiety-prone teenager finally responds to her cousin's letters from the past six months, she's forced to relive the changes she's experienced since graduating high school—and come to terms with the people she's lost. 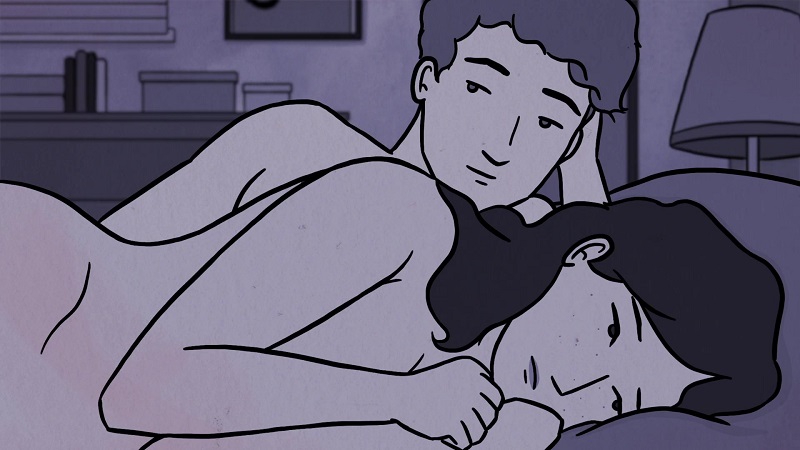