Make a Film For Beto O'Rourke 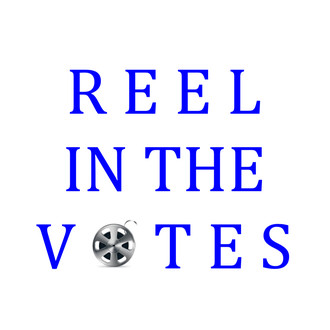 Want to make a short film to support Beto O'Rourke's campaign to dethrone Ted Cruz? Oscar-nominated director Richard Linklater and some friends are looking for local filmmakers to contribute their vision to this year's election.

The Reel in the Votes competition invites filmmakers to contribute two to three minute shorts - narrative of non-fiction - or 30-second spots "in line with Beto's strive for change." There are four categories (short film and 30-second spot for both under and over 18 years old) and the winner in each category will recieve $500. Submissions will be accepted through September 21, and the winners will be screened at a special event on September 30. Linklater said, "We're just trying to do whatever we can, and it just seemed like with Beto's grass roots appeal, it was a logical thing to do."

Inspited by Linklater's experience judging NASA's CineSpace competition, the director described Reel in the Vote as a way for filmmakers who don't have any money to contribute to add something on their own terms. "There's so much media talent out there, people making shorts and films, and we thought it would just be nice throwing it out there."

The "we" in question is Linklater, plus some other Texas filmmaker friends: Robert Rodriguez, Linklater's Boyhood producer Cathleen Sutherland, and Ethan Hawke. Of course, Linklater is already expecting the predictable attacks about filthy West Coast liberals. "Ted Cruz talks a lot about Hollywood elites, but we're Texas people," he said. He, Rodriguez, and Sutherland still live and create locally, while Austin-born Hawke has some of the deepest roots of all. "Ethan's from here, and he cares deeply, and his grandfather was a representitive in Tarrant County."

Still, when the attacks come, Linklater expects Cruz's campaign to fall back on the same old tropes. "When they say Hollywood, they're really saying Hollywood values, which in their paranoid thinking is a short hand" - seemingly for civil and voting rights, economic equality, and everything else the candidate of the evangelical right is seemingly running against.

The clock is ticking on the election and the competition (Linklater and Co. are doing this completely separate from the O'Rourke campaign, and so had to make sure that there were no campaign finance implications), but Linklater is enthusiastic about the quality of work that the Texas film community can create. "If someone really kicks ass," he said, "it might end up on the air."

Interested in adding your story into the election narrative? Visit the Reel in the Votes website for submission details.