Derrick Sims is The Perfect Host 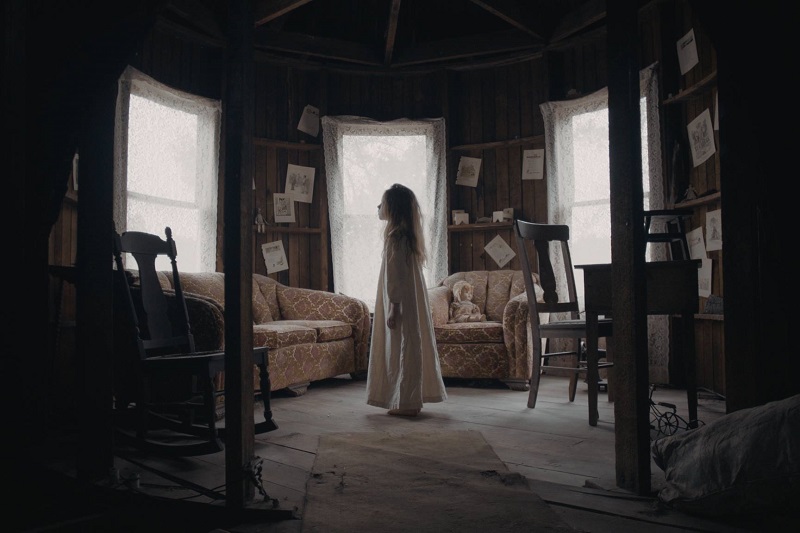 Before tonight's world premiere at Flix Brewhouse, courtesy of the Other Worlds Austin year-round orbiter program, Sims took a break from his long flight to Texas to talk about his film, the Southern Gothic tales that influenced his script, and the Allen House in Monticello, Arkansas that both inspired it, and served as the main shooting location.

Austin Chronicle: Every time I talk to a filmmaker telling a haunted house story - whether the ghosts are real or not - the house itself is incredibly important. Ti West said that he wouldn't have even tried to shoot The Innkeepers if he couldn't have used the Yankee Peddler. When did you find your Allen House, and what was it that you were looking for specifically in that location?

Derrick Sims: And The Yankee Peddler looked great in Ti’s film. So did the house in his House of the Devil. I remember them both really well. As for the Allen House, it was in 2011, during production on Come Morning, a journalist mentioned it to me. Weirdly enough, the Allen House homeowners contacted me months later and sent a digital book about the home’s history. Seems maybe fate was leading me toward it, and I was turning a blind eye. But at the time I was too focused on Come Morning to consider what may come next. Then that film premiered at the 2012 Austin Film Festival, and I felt I could finally move on to another feature, so I began to think back on those recommendations.

We initially chose the house based on the history and hearsay surround it. That’s what we used to develop the script. We were able to go to the house multiple times and sit and write, basing our story around the geography of the place, which was really beneficial. But early drafts felt like a traditional ghost story and not one we were particularly interested in making. Fourteen drafts and a mountain of changes later, my writing partner [Alaina McClellan Sims] and I finally had a story we were drawn to, and a film I felt good about.

The house itself is grand and imposing. It’s got that going for it. On the inside though, it was the production design that made it work. The entire second floor was redone - walls built, painted, and aged, lights taken down and replaced, and heaps of props and set decoration. That’s Alaina and her team’s work. They made the house what you see in the film.

AC: With the title, you're explicitly putting this in the realm of Southern Gothic. What does that genre mean to you, and where do you think The Perfect Host fits into that tradition?

“I always saw it as a Southern Gothic character drama ... that happens to take place in a house that may or may not be haunted by a ghost.”
DS: The encyclopedia definition of Southern Gothic mentions macabre ideas, derelict settings, flawed characters, alienation, religious themes, etc. That just kinda sounds like like in South Arkansas, where Alaina and I grew up. Those themes were the basis for most stories we told as children, and this script was us taking those ideas and putting them into a new narrative.

As for its incorporation into the title, The Perfect Host actually wasn't the original title. Executive producer Andrea Cadelli suggested it a few months before production, but a quick search revealed another film with the same name. Thinking over the script, we all knew the horror genre had expectations and our film didn’t fit many of those expectations. By adding A Southern Gothic Tale, I felt it may help audiences better understand what they were getting into.

Personally, I always saw it as a Southern Gothic character drama ... that happens to take place in a house that may or may not be haunted by a ghost.

AC: Were there any particular Southern Gothic influences - literary or cinematic - on the story and the style?

DS: Sure, William Faulkner and Cormac McCarthy are considered Southern Gothic, and their work inspires me tremendously. The opening quote in Perfect Host is actually a quote from Carson McCullers, who also wrote works in the genre. The largest influence probably comes from Davis Grubb, but more importantly Charles Laughton’s adaption of Grubb’s Night of the Hunter. That film is possibly my favorite movie of all time. It had the biggest thematic (not visual) influence on Perfect Host. Our allusions to Hunter aren’t very subtle, especially if you know it well.

Frances (Janis Duley) is loosely based off Robert Mitchum’s character ... if he were a woman, more subtle with his pursuit, and motivated by something more sinister than money. In fact, Frances sits in a rocking chair reading Grubb’s novel. You can’t get more on the nose than that.

AC: How did you end up making the film in both Arkansas and New Zealand?

DS: In 2016, Alaina and I had decided to move to New Zealand. During production, Massey University in Palmerston North offered me an artist residency, putting me up in a flat on the city square and paying me to do the post work for three months. It was perfect. The support I got from them was tremendous, and that residency led to me getting my current job as a film production lecturer at UCOL. So yeah, all post work took place there. Then I realized I needed a few second unit shots, and there was no way I was going back to the US to shoot them.

The good thing about teaching production is you have access to a lot of gear, so I took it out, shot a few sequences, and married them into the film. I don't reckon anyone will be able to tell what's New Zealand and what's not!

Other Worlds Austin presents The Perfect Host: A Southern Gothic Tale, 7.30pm, Aug. 22, Flix Brewhouse, 2200 S. I-35, Round Rock Tickets at www.flixbrewhouse.com. Derrick Sims will be in attendance for a Q&A with Austin Chronicle screens editor Richard Whittaker.