Doctor Who star cast alongside Michael B. Jordan in Rooster Teeth Show 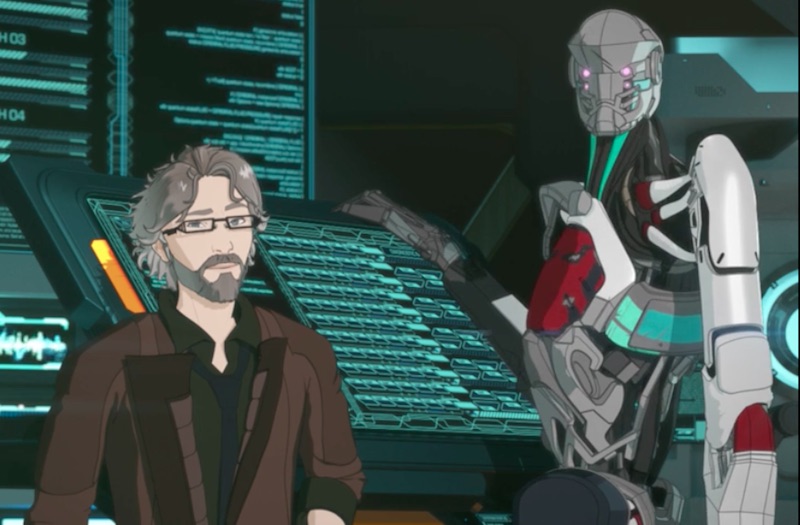 In the new original 3-D animated series, Tennant has been cast as Dr. Rufus Weller aka Doc, a scientist with the Experimental Science Unit, and the man behind the technology behind the globe-defending mechs. Burns called Tennant "sci-fi royalty," adding that "we are thrilled to have him join this amazing cast.”

The latest announcement, made by Rooster Teeth co-founder Burnie Burns at the Television Critics Association in Los Angeles, comes hot on the heels of Friday Night Lights star (and this small flick called Black Panther) Michael B. Jordan joining the cast alongside Dakota Fanning (The Alienist) and Japanese VO legend Kōichi Yamadera, as well as Black Panther comic writer Evan Narcisse coming to the writing team.

"My jaw hit the floor when I directed David as Doctor Weller for the first time,” said Rooster Teeth Animation head and gen:LOCK showrunner Gray G. Haddock. “He instantly nailed the breadth of emotion, both the humor and seriousness that Weller brings to the show – there are moments that will absolutely make the audience choke up. When you listen to him play scenes against other performances such as Michael B. Jordan's Chase, you can't believe this cast is real."

Season one of gen:LOCK will premiere on Roosterteeth.com, and iOS, Android, Xbox One, and Apple TV, in January 2019.