Texas writer on the study behind the shocking new documentary

Three Identical Strangers is one of the year's most bizarre and unlikely documentary success stories – and it may never have happened without Texas writer Lawrence Wright. (WARNING: huge spoilers ahead.) 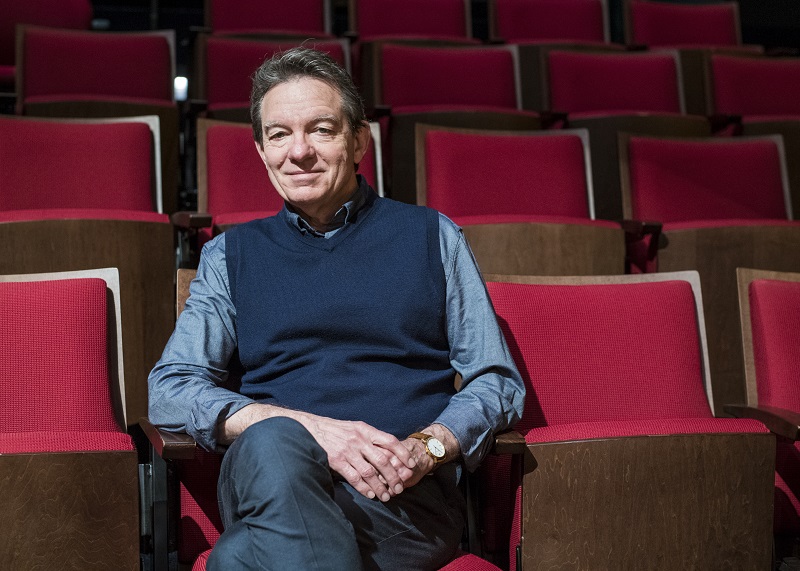 The movie tells the story of three men – David Kellman, Bobby Shafran and Eddy Galland – who suddenly discovered in college that they were triplets. They were raised apart, but they looked and acted almost identically. It was a media sensation, a cute feel-good story. But what lay beneath, and what comes into sharper focus in Tim Wardle's documentary, is much darker: a story of an ethically questionable research study that deliberately split up not just the three boys, but many other sets of twins. A study that has been buried to this day, whose findings raise disturbing questions about genetics and free will. A study that was uncovered in no small part by the Pulitzer-winning Wright, author of The Looming Tower: Al-Qaeda and the Road to 9/11 and the book behind Going Clear: Scientology and the Prison of Belief.

It's been over two decades since Wright broke the story, and now it's back in his life because of Wardle's film, and a recent episode of 20/20. So, again but for the first time, are the triplets. "When I did the book," Wright said, "I only spoke to them on the phone, and I didn't meet them until the other day on the Megyn Kelly show."

“Genes are like a river that we drift down if we don’t do anything, but we can swim to either bank.”
For Wright, it began in 1995, when he started writing an article for the The New Yorker on twins. Legendary in journalistic circles for his depth of research (the film gives just a glimpse of his archive), Wright accumulated every available study on twins, including a trip to the Minnesota Center for Twin and Family Research. He recalled, "There was this one study about these two identical twins who had been seperated at brth, and they were named for the purposes of the study Amy and Beth. It was interesting, because they were placed in families who were similar in some regards [yet] in other ways they were very, very different."

Both girls were placed in Jewish families in New York State, with two parents and an older brother. Yet Amy's adoptive parents were distant, while Beth's were incredibly supportive – even to the point that her mother dyed her hair to look like Beth, to make her feel even more at home.

The nurture over nature theory would point to Amy having a troubled childhood, and she did. Wright said, "She was a very isolated child, and she ended up with gender confusion, and bedwetting problems." Following on, Beth should have had an ideal childhood – and that's where the theory falls apart. Any academic would look at Amy, Wright added, and say "'If only she had had a family like Beth,' yet at every stage Beth's development matched Amy's." If anything, she was even more distant and troubled than Amy.

In many ways, none of this was new. In 1979, there was the pivotal Jim twins study: two identical boys, both called Jim, separated at a month old, raised apart for 39 years, and when they met, the similarities were startling: both were volunteer firefighters, both had been married twice – to women called Linda and Betty – both had dogs called Toy, they smoked the same brand of cigarettes, and vacationed on the same Florida beach. Wright said, "There's no way of explaining that. It could just be stunning coincidence, but every time you meet separated twins, you come into patterns that are inexplicable."

Wright eventually started turning his article into a book, which became 1999's Twins: And What They Tell Us About Who We Are. The first question he asked, inevitably, was where did this data come from? Who was splitting up orphaned and abandoned twins, and studying their development? Moreover, why?

The who wasn't some mad scientist or quack. It was Doctor Peter Neubauer, Clinical Professor of Psychiatry at NYU, former president of the Association for Child Psychoanalysis, former secretary general of the International Association of Child Psychiatry and Allied Professions. He was prepared to be interviewed by Wright, but "he was evasive," said the author. (It was actually the unpublished study's co-author, Viola Bernard, who walked him through its size and complexity, and told him there was a set of triplets, which lead him to Kellman, Shafran and Galland.) It seemed very unclear why, after all that time, and so much data, the study was gathering dust. "[Neubauer] said he did plan to publish it eventually. ... I asked if he was waiting until all the twins were over 21, and he sort of chuckled at that." 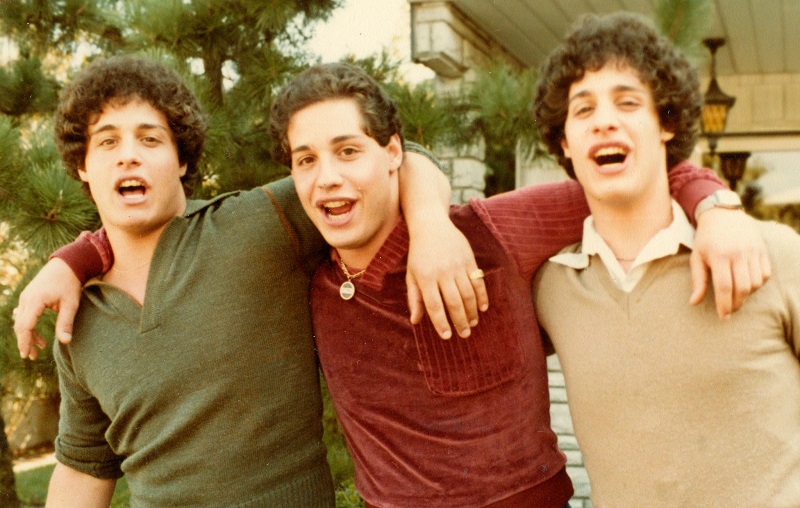 Eddy Galland, David Kellman, and Bobby Shafran, the triplets at the heart of Three Identical Strangers

So why does Wright think that Neubauer not only sat on these files, but had them sealed until 2066? "I think he was shocked by the findings," said Wright. Psychology is based on the the idea that environment, behavior, interaction, is what truly defines us, "but what if that's not true, if it's only half true. If someone lives a completely different life, and then twenty years they are reunited, you can't distinguish them [then] it downgrades that entire profession of psychology."

It's not surprising that Nuebauer tried to bury this bombshell. After all, if all we are is our genes, then that leads to disturbing political misreadings. Wright said, "Genetic studies have been misused going back to the days of Sir Francis Galton and Joseph Mengele."

However, there's a crack in the idea that twins prove that genetics is destiny. First of all, studies tend to emphasize what twins have in common, rather than how they differ, and the siblings will often play in to that. ("A lot of twins mythologize their similarities," said Wright.) Moreover, just because your genes are encoded with a possibility or a propensity, that doesn't mean environment is irrelevant. "Say that you're genetically born to be tall," said Wright, "well you will be tall unless something happens like starvation. If you're deprived of food, you'll be stunted. If you you have an inclination to alcoholism, it will come out in New York City, but it won't in Saudi Arabia."

Ultimately, Wright said, "Genes are like a river that we drift down if we don't do anything, but we can swim to either bank."

Three Identical Strangers is in cinemas now. For review and showtimes, see our listings page.

For our cover story on Wright's other work, read "A Good Time to Be Lawrence Wright," April 13. 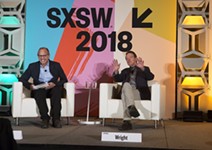 Panel: Lawrence Wright
“Trump is the most 'Texas' president we’ve ever had” 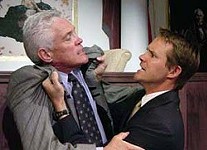 HBO Going Under the Dome for 'God Save Texas'
Lights, camera, point of order in new political drama