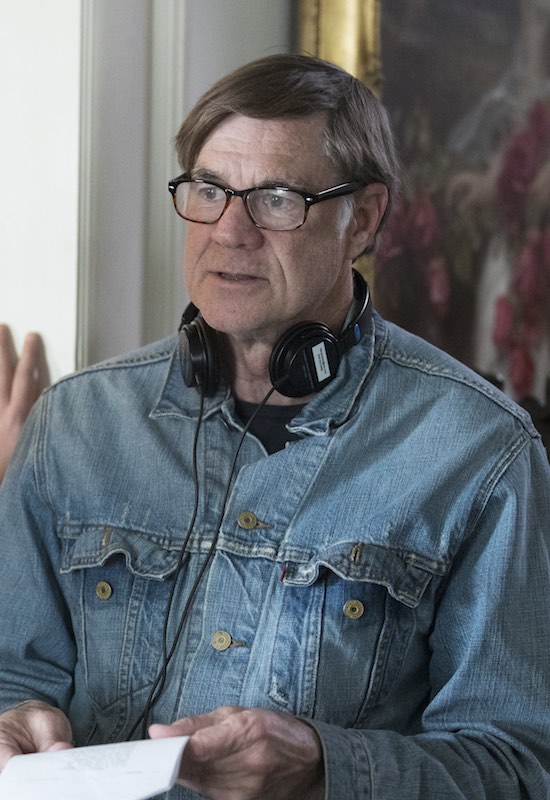 Don't Worry, He Won't Get Far on Foot arrives in cinemas this week after over 20 years of development, and almost on the eighth anniversary of the quadriplegic cartoonist's death. Starring Joaquin Phoenix as Callahan, and based on Callahan's autobiography, it chronicles the car crash that almost killed him and his battles with alcoholism. A key figure in his process to stay sober was his AA sponsor Donnie (Jonah Hill), and Callahan made sure that Donnie – who was gay – was front and center in his pitch and in his discussions. "John was manipulative," Van Sant said, "and it's possible that because I was gay, and one of the writers was gay, that he thought, 'They're really gonna go for this guy. They're gonna write the script, and it's gonna be great, and we're going to be a go.' It wasn't beyond him to do something like that."

It wouldn't be out of character. Callahan's scratchy, transgressive, often controversial and scathingly funny cartoons were the unflinching alternative to The Far Side. Carried by newspapers globally – and banned by others – no one gleefully pushed buttons quite like Callahan.

He and Van Sant were neighbors in Portland during the 1990s, so the director got to know the cartoonist personally, as well as professionally through the process of working on two different scripts adapting his autobiography (one in 1997, and another in 2002). The Callahan he knew was exacting, no-nonsense, a raconteur who dealt with big ideas, and would be deliberately adversarial when he found it entertaining. "He could cause trouble just for the fun of it," Van Sant said. "He acted like and looked like Philip Seymour Hoffman. He was blustery, funny, but also biting and sometimes scary. Also a little bit like Christopher Hitchens. He was very commanding."

Austin Chronicle: How different were those early drafts you worked on with John to what you finally shot?

Gus Van Sant: They were pretty different. The first one had some similarities to the one I ended up creating, because he did appear onstage as part of an introduction to him, and as a way to tell the story. It also concerned him trying to psychologically work through some of the things he was going through, but it started to get into the search for the mother.

The second script was a little more cataclysmic. It was very lively, it had a lot of different kinds of animation in it, and John was a much more combative character than in the first draft. It also had a lot of really amazing passages in it that informed my version of the script, and Donnie was a large character in that second draft.

So there were similarities, but they were also written for Robin Williams, in a way that might attract him into the character.

AC: Considering you've had this script in active development twice, what made you come back to this now?

GVS: A Sony executive called and said, "We have this in the library. You were working on it at one point. Are you interested in it?" So that was the invitation to do it. Going through their files after Robin Williams had gone, I guess to clean house. I'm not sure why they were doing it. Maybe it was a result of what they had in all their files because of the Korean hacking scandal or something like that. I'm not sure. 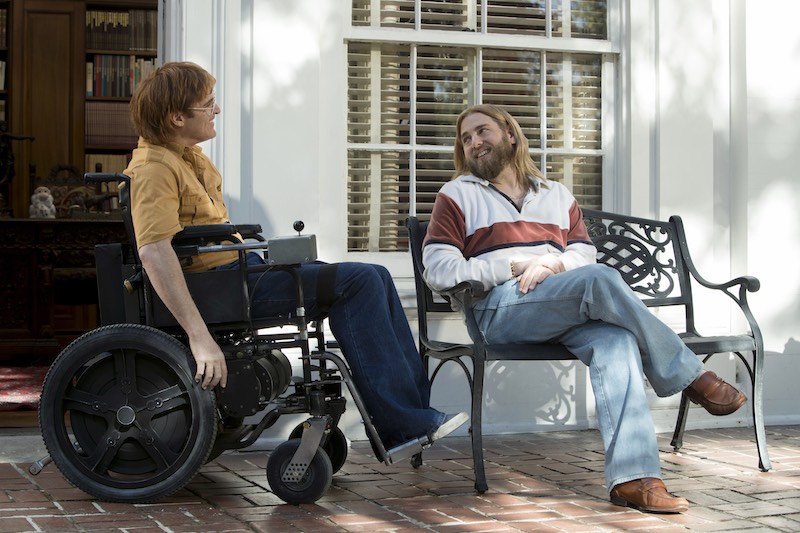 Joaquin Phoenix as John Callahan, and Jonah Hill as his AA sponsor Donnie in Don't Worry, He Won't Get Far on Foot

AC: When you came back and did this fresher take without John, being able to look back on the totality of his life, what were you trying to reach in this version?

GVS: When I was trying to figure out whether I should revisit this story, it was always a super-interesting story and a great opportunity. There were things that we were doing in the first couple of screenplays that, having lived with it for near 20 years, I did have ideas about things that we hadn't done before. So I kind of on-spec wrote something for Sony, and they had just changed their regimes, and there was a new president, and then by that time they said no, they weren't interested in doing it.

So I had this speculation draft, and Joaquin involved, and so they allowed us to take it outside, and have meetings with other companies.

AC: So much hangs off the central performance of whoever is John – this prickly, charismatic, likable and unlikable at the same time kind of guy. You had Robin initially, but what was it that led you to Joaquin?

GVS: We had been in touch with each other about different projects. Somehow just before that, or maybe right during that period, even maybe overlapping, Joaquin had a different script that someone had shown him that he was really interested in about a cartoonist who drew for Playboy magazine – which John eventually did. ... I had read the script, but I don't remember the story any longer. It was something that Joaquin had shown me, and I said, "Well, I have this other piece that I'm working on," and I showed him the Callahan piece.

This is somewhere in the time when I was wondering whether or not to pick it back up, and trying to get somebody that I really like their work, to write for them, with the idea that they would play the role. So it would be right around 2016.

AC: You had the advantage that you knew John, and you got to meet him, and he was even your neighbor. So how much of the process of developing the character with Joaquin was about going, "This is what he was like," and bringing that personal knowledge?

“For an actor, it’s a little difficult how close you get to your character. If they’re a real character, and they’re still alive, maybe it’s the most difficult.”
GVS: We had videotaped John, so I had three hours of taped conversations, and footage of him drawing cartoons that I could show Joaquin. I made tapes for him, and also I could look at them myself, because John was gone by then.

Joaquin never met him, and I think sometimes, for an actor, it's a little difficult how close you get to your character. If they're a real character, and they're still alive, maybe it's the most difficult. Even when the character's gone, you don't want to get too close. In this case of Joaquin playing the role, there's a limit. You want closeness, and then you also want to be able to do your own thing. In the case of, say, impersonating John himself, it started there, but then I think there was a turn, so that it was something Joaquin could add his own things that weren't John.

AC: You mentioned that Donnie was a major character in the earlier drafts, and it's the scenes with the two of them that come closest to this being a two-hander. When did you realize that he had to be so central, when a lot of scripts might have gone with John's girlfriend Annu as the center of his post-accident life?

GVS: I think it was in the original script. Donnie led you into [John's] sobriety, which was the whole theme of the film. He had to realize that his drinking was more of the problem than his quadriplegia, and that was a big revelation. The thing that led to it partly finishing it off was Donnie. Because John on his own stops drinking, but he needed more than just sitting and not drinking. He needed help from outside.

After about nine months of just having to stop drinking, he did need a support of some kind, and just a few blocks away was the [Alcoholics Anonymous] that he knew about. He was very scared of going to it, and then he met this guy Donnie, and Donnie was funny, which to him was very important. The humor involved was a big plus, so he sought Donnie out as a sponsor, and he always felt in his writing that Donnie was one of the main things that stopped him drinking, and that kept him alive.

And Annu was a representation of a variety of girlfriends that John had. There were seven main attachments that he had to women throughout his life, so she became this single one. Whereas there was really only one sponsor, and the way that he wrote the book, Donnie took the center stage.

Don't Worry, He Won't Get Far on Foot opens in Austin this week. For review and listings, see showtimes.