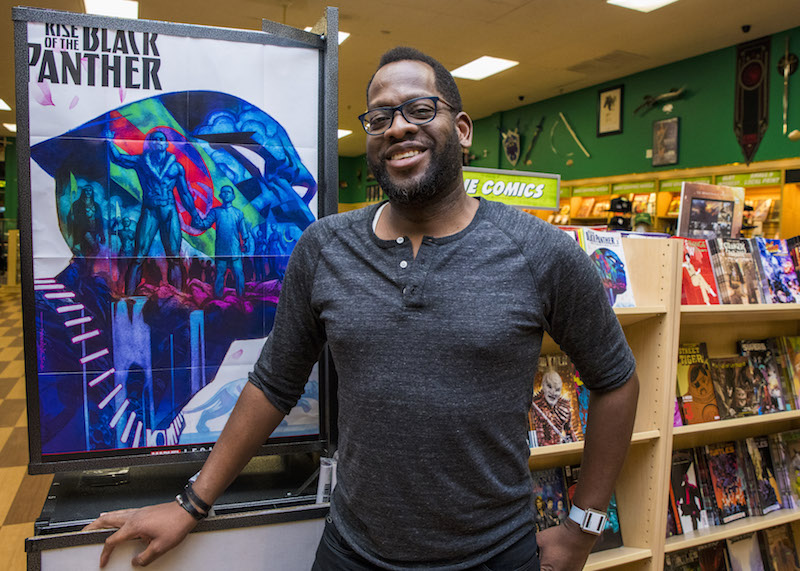 Are the folks at Rooster Teeth massive fans of Black Panther? First they recruit Michael B. Jordan (Killmonger in the film) to star in their upcoming show gen:LOCK, now Evan Narcisse, author of hit comic Rise of the Black Panther, is joining the script crew.

It's final proof that conventions can be great networking opportunities: as a writer for genre news site io9, Narcisse kept bumping into Rooster Teeth animation director and series creator Gray G. Haddock at cons around the country. He ended up providing feedback on early versions of the script for the animated sci-fi series, and even drafting some scenes. Now the Austin-based online studio has announced that the NY-to-ATX transplant has been added to the writing team.

Jordan and Narcisse are just two of the big talents already confirmed for what could well be Rooster Teeth's highest profile project to date. Already also signed on as voice talent are Dakota Fanning (The Runaways, The Alienist) as expert mech pilot Miranda Worth, and Japanese VO legend Kōichi Yamadera as Kazu Iida.

For our full interview with Narcisse about his breakout run on Marvel's Rise of the Black Panther, read From Austin to Wakanda, Feb. 16. 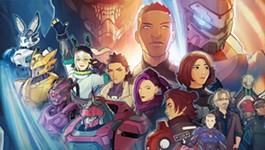 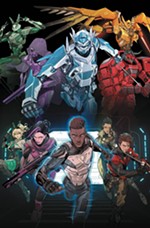