Feeling strangely drawn to the RTX Austin festival taking place next month? That's because the massive gathering of gamers and more has just dropped the lineup for its fest-within-a-fest, the RTX Animation Festival.

Last week, RTX (running across Downtown Austin Aug. 2-5) announced its nighttime scheduling, including The Weird Place (their collaboration with Santa Fe art weirdos Meow Wolf), and the return of horror-comedy feature film Blood Fest. Now, the animation festival has its lineup planned out. It's a packed list of screenings and panels (open to all RTX attendees), including:

• Animation studio Titmouse founder and president Chris Prynoski will be setting up the projector for the Emmy-winning Niko and the Sword of Light (with showrunner Rob Hoegee in attendance, plus Ballmastrz: 9009 creator and director Christy Karacas on-hand.

• A Mondo Media panel, led by CEO Brendan Burch, with a big focus on Gary and His Demons, plus the Season 2 premiere of Turbo Fantasy.

That's just the start, with a list of confirmed panelists and special guests including: sardonic cartoon collective Cyanide & Happiness; the film lovers, haters, and mockers of How It Should Have Ended; last year's special guests, the massively influential Frederator (The Fairly OddParents, Adventure Time); stop-motion experimentalist Kirsten LePore; UK-based conservators of weirdness Mashed; Studio Yotta (responsible for that awesome Rick and Morty/Run the Jewels collab), and many, many more.

RTX Austin 2018 runs August 3-5 at the Austin Convention Center and assorted Downtown venues. Tickets and passes are on sale now at www.rtxaustin.com. 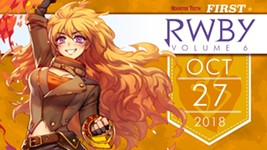 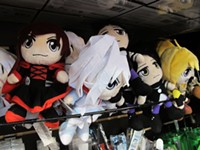