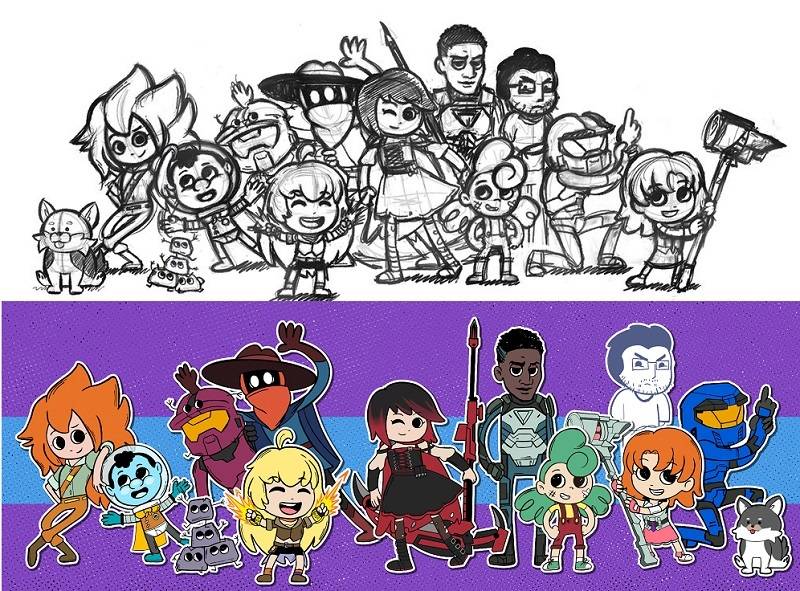 Start sketching out your RTX Austin 2018 schedule, because things are going to get colorful

Clear your calendars, gaming and anime fans. We've got the first look at the nighttime schedule for RTX Austin, the annual hometown megagathering for online content behemoth Rooster Teeth.

The jam-packed three-day gathering of the Rooster Teeth clans has gone from a few hundred guests at the old RT studios in 2011 to a massive celebration of all things relevant to gamers, from film to animation to comedy and, yes, games, that takes over much of Downtown in the first weekend in August (and if you're not sure what a Rooster Teeth is, here's our handy guide to Austin's own animation-gaming-podcasting-moviemaking empire, "How Rooster Teeth Became an Online Phenomenon").

Last week, the organizers announced that they'll be running the ever-expanding RTX Animation Fest as part of the event (last year, that was where Austin's other cartooning institution, Powerhouse Animation, debuted their Castlevania show for Netflix). Now they've unleashed the first round of nighttime scheduling. 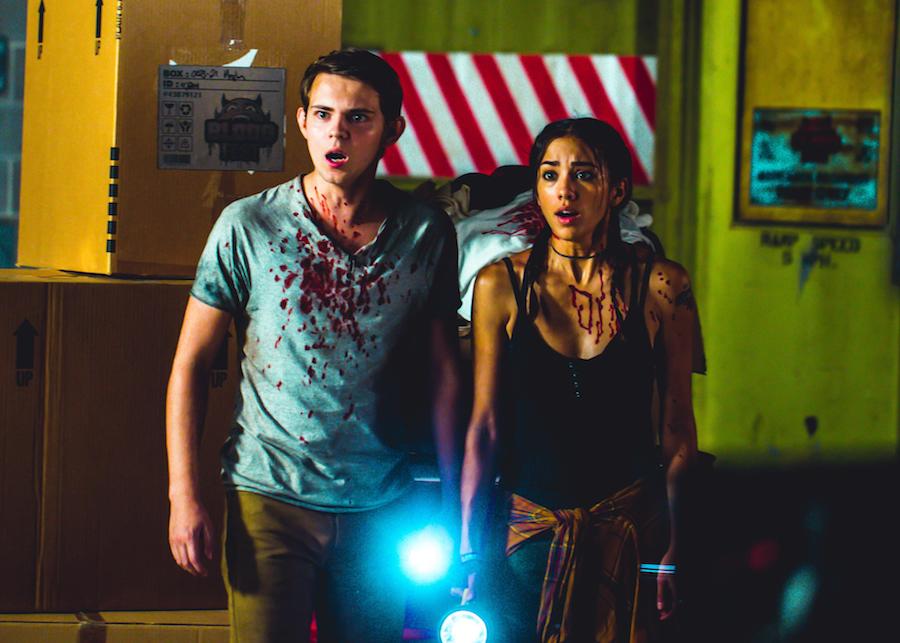 5:30pm: First Night is going to blow the doors off of the venerable doors of the Paramount Theatre (713 Congress) with the debuts of two new shows:

– First, the Untitled Funhaus and Rooster Teeth Comedy Sketch Show
– Second, The Weird Place, Rooster Teeth's new collaboration with groundbreaking artist collective Meow Wolf (as endorsed by none other than Game of Thrones creator George R.R. Martin – read a lot more about them here from when we chatted with the Santa Fe iconoclasts during SXSW).

7pm: Back to the Paramount for an exclusive screening of Rooster Teeth's next film, comedy-horror Blood Fest. The gory laugh-fest by Austin director Owen Egerton screened in the same room during SXSW and sold out, so expect it to be packed again this time (read our review here).

7pm: The Achievement Hunter crew unleash their brand of cinematic mockery with Theater Mode Live at the Austin Convention Center.

6pm: Barbara Dunkelman will host a special charity fundraising mixer version of her Always Open podcast (described as "the talk show version of sitting in a diner booth with your friends after a long night") over at Rain (217 W. Fourth).

10pm: For anyone with energy left, the ScrewAttack team will be hosting a closing-night rave at the Hilton Austin (500 E. Fourth).

Admission for all the nighttime events is open to RTX badge and ticket holders, except for Blood Fest (free to platinum badges, $5 for all other attendees, and only $10 for the badgeless, ticketless general public), Let's Play Live (tickets available only to badge holders here) and Always Open, as that is a charity event. 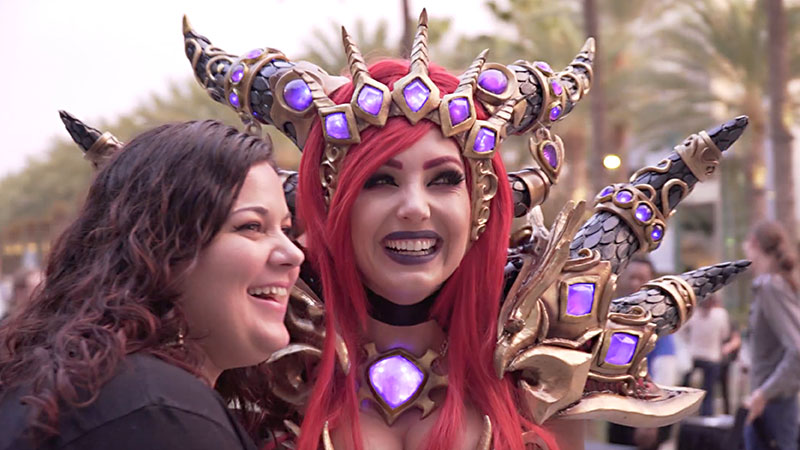 And that's not the end of today's announcement. Rooster Teeth has confirmed that cosplay superstar (and the voice of the malevolent Cinder in their smash hit series RWBY, and subject of a Rooster Teeth documentary) Jessica Nigri will be in attendance, as will YouTube stars like Boogie2988 and the Smosh Games team, and gaming voice actor Troy Baker (Joel in The Last of Us, Booker DeWitt in BioShock Infinite, and just about every hero and villain in a host of Batman games). Plus Meow Wolf won't be the only art collective mashing up with Rooster Teeth: Maniac pop culture illustrators Drawfee will be on hand for Drawfee Live!.

Meanwhile gamers should get ready when e-sports heavy hitters the Houston Outlaws run Overwatch tournaments, while Full Sail University will bring its Full Sail on Tour truck to the show to launch their new collaboration with Rooster Teeth, Eighties-inspired game Fury Strike.

And save your pennies, as there will be exclusive Let's Play merch at the Coop pop-up store, with original designs by Griffon Ramsey, Todd Francis, Isaac Hastings, Weedboner, and RJ Palmer.

RTX Austin 2018 runs August 3-5 at the Austin Convention Center and assorted Downtown venues. Tickets and passes are on sale now at www.rtxaustin.com.