How J.A. Bayona Made a Real Jurassic World

Director explains how his dinos are leaving the park behind 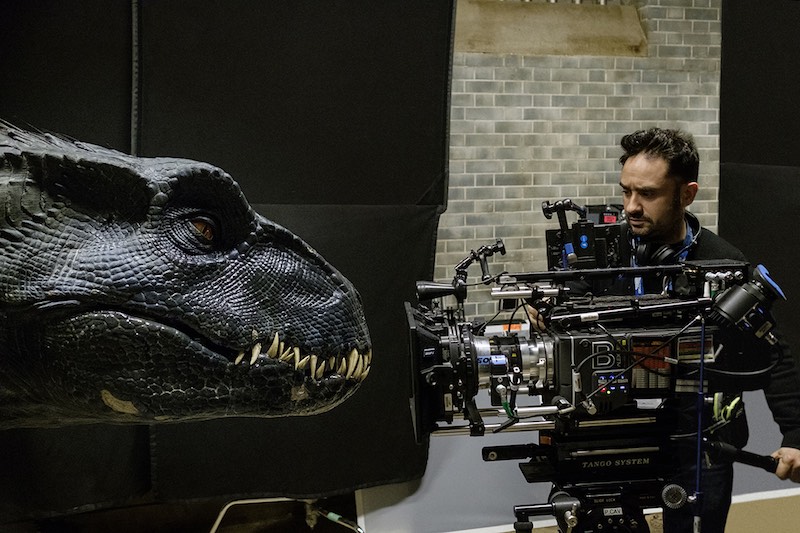 J.A. Bayona on the set of Jurassic World: Fallen Kingdom

Is there space for heart, emotion, and insight in the modern, CG-heavy blockbuster? J.A. Bayona, director of Jurassic World: Fallen Kingdom, certainly thinks so.

From his 2007 debut The Oprhanage, through the disaster drama of The Impossible, and even the fairtyale gravity of A Monster Calls, the Spanish director has always found human intimacy in spectacle. Now he brings that same sense of humanity to one of the grandest franchises in cinema, as he takes the audience back into evolutionary adventure.

But just because there's a T-Rex on the loose (or ghosts, or a giant tree-creature) doesn't mean a film can't have something to say. "A lie can explain the truth better than reality," Bayona said/ "Through fantasy, we can get to the truth. And truth doesn't mean reality. Reality is what it is, but then when you find a way of presenting the story in a way that takes you to the truth, something that is meaningful to you, something that reveals something that you didn't know about yourself. That's what movies are about."

Austin Chronicle: One of the things audiences go to a Jurassic Park movie for is to see dinosaurs eat people. So there's a certain expectations of seeing a lot of dinosaurs, and a lot of different dinosaurs. So how do you make sure you fit enough dinos in?

From there fans are very excited to see new dinosaurs. This is a moment when you start to think about Baryonyx, or Carnotaurus, Pachycephalosaurus, Allosaurus, Stygimoloch. But there's also a limitation, because when you create one of these dinosaurs, you really want to give space for them in the movie. ... We had all the dinosaurs from the other movies, and then we have a lot of dinosaurs in this one, and then we have the Indoraptor. There is a moment where the movie focuses on the Indoraptor, so you cannot see any other dinosaurs.

We had a scene where you could see the Dilophosaurus, because people remember it from Jurassic Park, but at the end that scene fell from the script. So on one side it's the budget, but on the other side it's how much much space do you have in the script to create them, and give them enough importance to bring them to the movie. 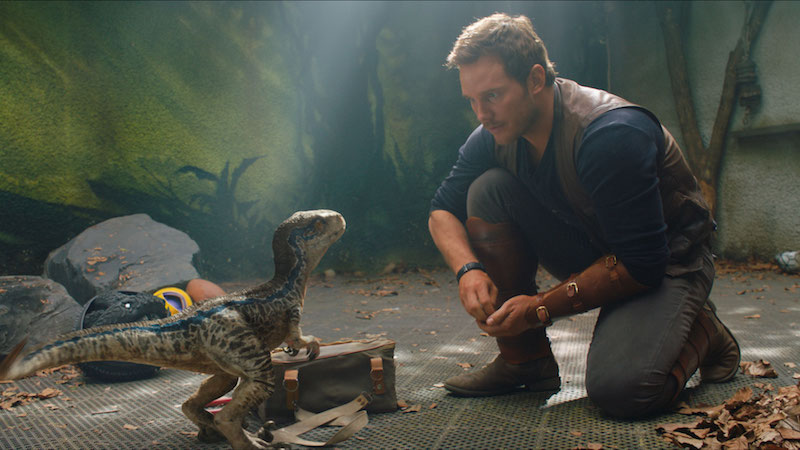 "It's one of the first times a main character is a dinosaur, and it has a name, and you feel for that dinosaur." J.A. Bayona on the importance of Blue the Velociraptor in Jurassic World: Fallen Kingdom.

AC: There's one familiar face you have to bring in, and that's Blue the Velociraptor. Not only that, but you have to make Blue a fully-fledged character, with her own motivations, without ever anthropomorphizing her.

JAB: The movie talks about empathy. You have two ways to talk about the story, and one is through Blue. ... It's one of the first times a main character is a dinosaur, and it has a name, and you feel for that dinosaur. At the same time you have Maisie (Isabella Sermon). In Jurassic movies there's always a kid, and you create a sense of empathy towards the kid.

AC: You have the biggest challenge since (second Jurassic Park film) The Lost World, because you're building the bridge to the inevitable future. We had a glimpse of a T-Rex loose on the mainland, but for you, the story is not just, what happens if you put an Ankylosaurus in the middle of a city, it's about how people respond to the changing world?

JAB: It feels good to have the chance of being in charge of the second episode, which is basically the knot on the story. It's when things get complicated and complex and uncertain. Basically you make a big mess that Colin (Trevorrow) will have to fix in the third movie. If you see it like that, it's very exciting, because we've never seen the world like this before, with dinosaurs spreading all over the world, out of control.

AC: It's the opposite of something like The Last Jedi or The Empire Strikes Back, which is the gold standard for second films in a trilogy, but in that you're just seeing the heroes at their lowest point. Whereas this is a change of rules. This is Pteranodons in Las Vegas. Everything is different, which makes it much closer to Planet of the Apes, because the characters are no longer secure.

JAB: Dinosaurs are a metaphor of the red lines that we cross. We live in a very chaotic moment. We live in a very uncertain time, so in that sense I think that the dinosaur is a very interesting tool to talk about it. I really like how, at the beginning of the story, Malcolm (Jeff Goldblum) refers to nuclear power, because nuclear power is a red line. It's a game changer because man can kill all life on Earth, so it's over nature for the first time in history.

There are so many aspects in our life that feel like we're doing the wrong thing, [and] crossing red lines provokes monsters. The atomic mushroom cloud is a monster, the T-Rex is a monster, and what is more scary about the monster is that we create it.

AC: This is also the first movie in the franchise to look explicitly at the technology, beyond how it is being used to make a theme park.

JAB: The technology is not a problem, it's the use we make of technology, and that makes a big difference. Especially nowadays, there are some people pointing at scientists, and it's not the science, it's the wrong use of science. Science is a gift, and humankind has made major step forewards because of it.

Jurassic World: Fallen Kingdom is out now. For review and showtimes, see our listings page.