Those of us who are currently thirtysomething may not be super familiar with the TV series that spawned that term. But when ATX Television Festival brought together the cast and crew of thirtysomething, it was one reunion worth waiting for. 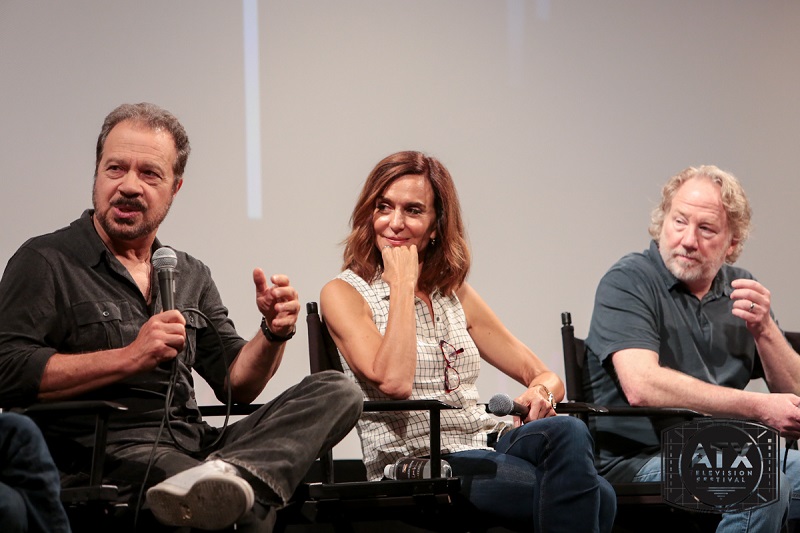 A not-large but enthusiastic crowd gathered at the Paramount Theatre on Saturday morning for a panel made up of show creators Marshall Herskovitz and Edward Zwick, and cast members Melanie Mayron (Melissa), Timothy Busfield (Elliot), Peter Horton (Gary), David Clennon (Miles), and Polly Draper (Ellyn). (They were meant to make an appearance last year to celebrate the 30th anniversary of the show's first season, but those plans fell through.)

Airing 1987-1991, the adult problems and complexities of (according to one unimpressed TV critic) “skinny evil white people” may not be that relatable to adults of that age in 2018. Mortgages, babies, high-powered jobs – most of us ain’t got em. However, traces of the legacy of the series that “changed the face of television” can be found in many of the shows we enjoy today, also helping to elevate the medium to art form status.

In a setup similar to 1983’s The Big Chill, thirtysomething relied on an unusually strong script for TV of the time (Draper said she actually thought she was auditioning for a movie), and which drew heavily from the real lives of its cast members, culminating in an intricate and authentic portrait. In a landscape of franchise shows – cops, lawyers, doctors – it was unlike anything that was on TV at the time.

Its creators were also dedicated to breaking the rules. Three of the cast members onstage (Mayron, Busfield, and Horton) directed episodes, and had creative carte blanche, even if they didn’t make the best choices, as Busfield animatedly recounted. They introduced a new character halfway through the second season, a “villain” even – though Clennon had a hard time getting a word in edgewise.

But what they kept coming back to was the scene in the episode “Strangers” in which two male characters are in bed together. ABC was okay with the men being in bed but very specifically not okay with them kissing. The two men are discussing rather banal everyday topics, which “normalized” homosexuality for viewers and inspired other TV shows to follow suit.