Coming back to her home town Saturday, Queen Sugar showrunner Kat Candler and the cast portraying the Bordelon siblings offered fans a rare glimpse into the OWN network show, currently in production for season three. 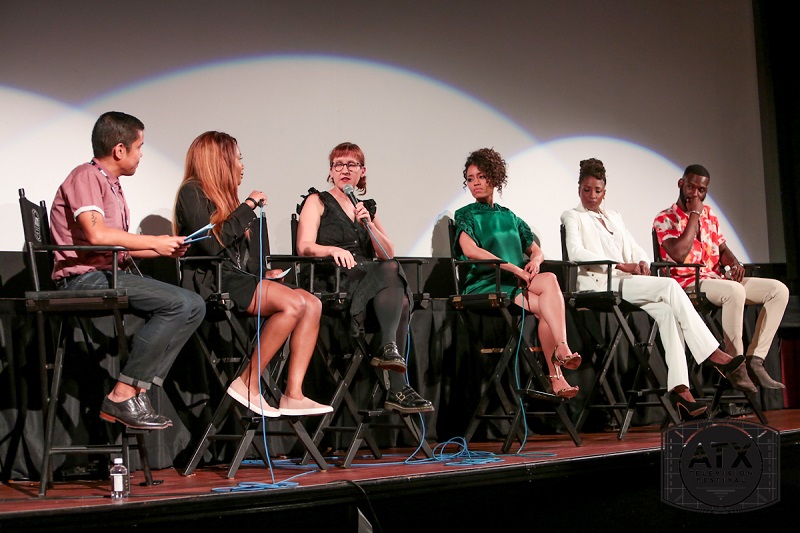 As the Chronicle covered in our festival preview (see "Spin, Spin Sugar", June 8), Candler’s rise to showrunner marks a big turning point in her career, which she’d mainly spent in the indie film world the last 20 years. “At times, [it’s] a shock to the system,” said Candler.

Queen Sugar has continued creator Ava DuVernay’s groundbreaking tradition of only working with female directors new to TV, having just released the final list of directors for this season last week. As Candler sees it, DuVernay’s flexible creative vision has created a space for directors to play with their storytelling and cinematography skills. “It feels like a very independent space to make art,” Candler affirmed, which is a rarity when you have multiple directors contributing to a cohesive storyline.

No doubt, a crew featuring only female directors is a rarity in Hollywood: but when asked what it’s like working on a show that’s featured a total of 25 female directors since season one, Siriboe said, "It just feels right."

The diversity behind the camera has spilled onto the screen as well, especially with Wesley’s Nova, a fierce journalist covering social justice issues. For Wesley, portraying such a culturally and politically connected character was a total “wake up call” to better inform herself about issues she felt she was not as aware of pre-Queen Sugar. “It’s a lot of pressure,” said Wesley, but it’s been “educational, definitely." With Nova signing a book deal on African American farmers in Saint Josephine, Louisiana, she added that viewers can expect to see her character continue “to speak her truth to power."

And with Davis’ soon-to-be-revealed secret, what can viewers expect for Gardner’s Charley, a fierce businesswoman now bent on taking down the exploitative Landry family? “Oh, boy,” sighed Gardner, hinting the most exciting arcs are yet to come. “[Charley] is both Superwoman and kryptonite,” she said, and it’s a dueling psyche Gardner enjoys the challenge of portraying

But whatever is in store for the Bordelon family this season, all of the panelists agreed on one thing: The power of Queen Sugar resides in its portrayal of bringing to life stories that often go unseen, created by writers and directors often overlooked. Candler concluded, “At the heart of it, is storytelling.”