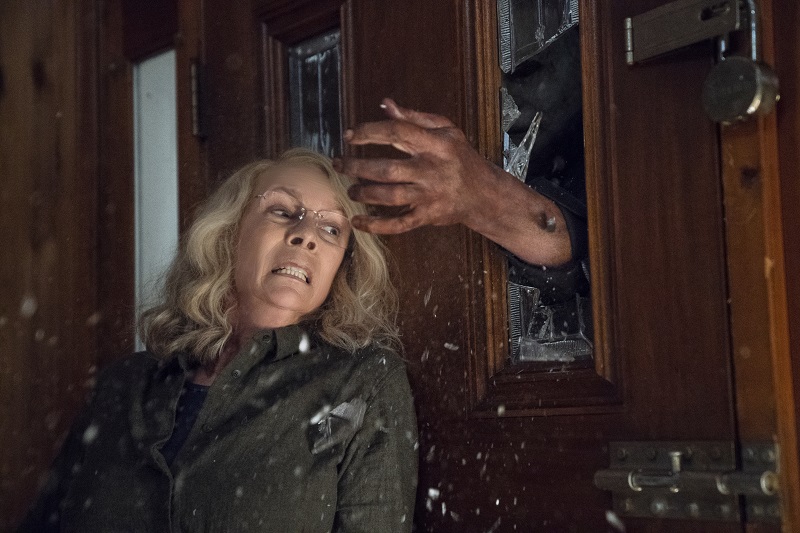 Horror fans everywhere know that Austin can claim The Texas Chain Saw Massacre as its own. Now the ATX has at least left one blood-stained fingerprint on another icon of terror: as proof, the latest installment in the Halloween franchise, directed by Austin transplant David Gordon Green, has dropped its first trailer.

True, Green moved to Austin mid-career, but with three of the defining Central Texas films of the last decade (Prince Avalanche, Joe, and Manglehorn) under his belt, we're at least counting Michael Myers' stamping ground of Haddonfield, Illinois, as an honorary sibling city this time around.

This is Green's first horror flick, and he actually co-wrote the script with with his Your Highness running buddy Danny McBride. It's a major rewrite, junking the entirety of the incredibly complicated narrative (Laurie is Michael's sister! The Curse of Thorn! Whatever the hell Halloween H20: 20 years Later was about!) bar John Carpenter's low-budget 1978 classic. OG final girl Laurie Strode (Jamie Lee Curtis) is now the final retiree, and she's seemingly taking her opportunity, 40 years after the night he came home, to finally settle the score with Michael Myers (played this time around by stuntman James Jude Courtney and the original Shape, Nick Castle).

Did we say that the entire franchise is being erased? Maybe not. Keep a quick eye out for a nod to Halloween III: Season of the Witch.

Halloween will be released by Universal and Blumhouse on Oct. 19.