Checking in to the Hotel Artemis with Sofia Boutella

How the dancer made the leap to action star

In films, dancing is a lot like fighting: There's impact and choreography and, according to Hotel Artemis star Sofia Boutella, the execution should serve the performance. When it comes to handing out the pain, she said, "I like to make it about the character." 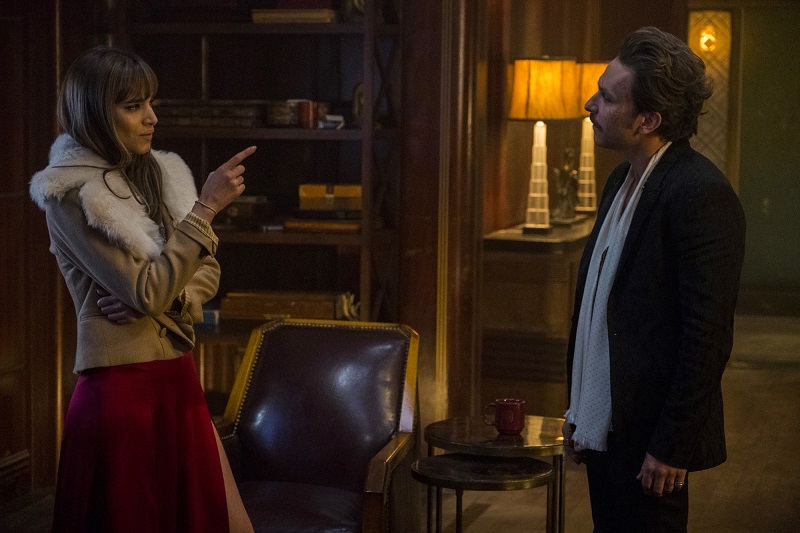 In the near-future crime drama, she plays international assassin Nice, who is bunkered in the titular hotel (secretly an underground hospital for criminals who can't wait for the regular emergency room) with a big wound and a few secrets. Not that she's alone in that: Each of the crooks hiding out has their own shadows, and everyone kids themselves that they're just one big score from getting out. "Every single one of them can yearn for an alternative, but they all stay in the comfort."

By comparison to some of Boutella's earlier roles, like rookie spy Delphine Lasalle in Atomic Blonde, or merciless enforcer Gazelle in Kingsman: The Secret Service, she said, "[Nice is] more feminine, she's more elegant, she has that confidence that she carries, and I wanted the fight to be more visceral."

Acting is simply the latest phase in Boutella's long career in physical performance. A former member of the French national rhythmic gymnastics team and touring dancer with Madonna and Rihanna, she said she saw her dance background as a springboard into action. "It served me a great deal," she said, but there was still a lot of work to do. "When I got Kingsman, which was the first movie I got after I stopped dancing, I hadn't done any fight training. I had to learn all these martial arts and taekwondo."

“On the page it was written, ‘she fights in the corridor, she fights eight to ten men,’ and the director’s note said ‘most epic fight scene ever made.’”
Hotel Artemis puts her in a heavy-hitting ensemble, alongside an acting hero of hers, Jodie Foster, in a rare return to the screen. Boutella also sang the praises of another relatively recent physical performer-turned-film star: former professional wrestler-turned actor Dave Bautista (Blade Runner 2049, Bushwick), who she called "incredible. I love watching him. He's a big actor - not only in terms of his physical size."

Nice doesn't have the sheer size of Bautista's orderly/heavy Everest, and she had to develop her fighting style accordingly. As a hit woman in a world of bruisers, she couldn't rely on physical dominance. "The other characters that I played, they didn't break a sweat," she said, and she gets bloody and messy in the film's denouement, much of which she spends in a mass brawl in a hotel corridor. That took a lot of fleshing out from the original script: "On the page it was written, 'she fights in the corridor, she fights eight to ten men,' and the director's note said 'most epic fight scene ever made.'"

That may have seemed like little guidance, but Boutella and the stunt team used her character, her relative size and agility, and the environment to dictate the action. She said, "Whenever you have a restriction, it's all possibilities."

Yet it was the character part - something she communicated in her dancing career through movement - that really guided her hand, fist, and weapons. Working from writer/director Drew Pearce's script, which she loved for its noir feel, she developed a secret back story for Nice: "It serves you, and you keep it in your back pocket throughout filming." For example, in an earlier draft, "Nice was supposed to have a child, and in the edit it went away, but it doesn't matter, because you can feel the past, you can feel it when Waikiki (Sterling K. Brown) tells her she needs to get out. ... When you see the dynamic between Nice and Waikiki, you can feel the tension."

Hotel Artemis is in cinemas now. For review and showtimes, visit our listings page.