Leigh Whannell Gets an Upgrade

Insidious creator gets techno, and talks the Blumhouse model 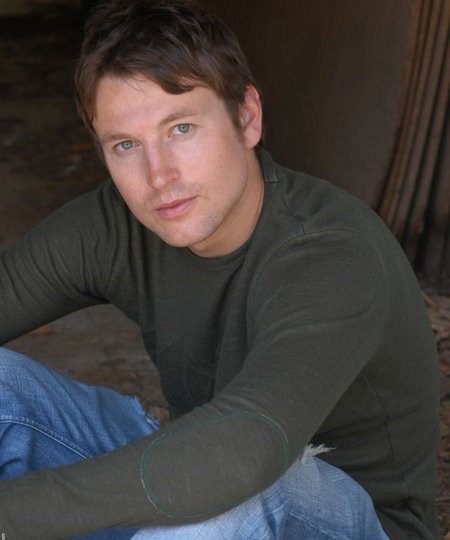 Between creating and writing some of the creepiest and goriest moments in the Saw and Insidious franchises, Leigh Whannell has become a modern horror master. His new film as a director, Upgrade, is a change of tone, "a film where I was trying to capture this time in sci-fi where the ideas were more contained."

Not that he has any problem with what he called "big IMAX tentpole movies where you sit there and the screen just screams at you for two and a half hours." However, his cyber-thriller is a throwback to the high-concept SF of the 1950s, through to the 1980s, where world building was "sleight of hand. In The Terminator, it's a robot from the future, but if you actually study the movie scene-by-scene, they don't show you very much. They show you just enough to make you believe in the world."

In Upgrade, a crippled mechanic (Logan Marshall-Green) finds himself in the middle of bloody conspiracy, and his only reliable ally is a chip embedded in his spine – a chip carrying an AI called Stem (voiced by Simon Maiden), who seems hellbent on turning him into a killing machine. Whannell called it "a good barometer of my personal taste. ... I love those indie sci-fi movies, like Coherence and Primer, but then I also love The Raid and these kickarse genre movies. So with Upgrade I was like, 'I'm going to have my cake here and eat it. Make a relatively indie film with Blumhouse, and talk about this guy who's walking again, and has this voice in his head, but he's also going to get into this action.'"

Upgrade is being released through BH Tilt, the more experimental wing of the Blumhouse empire. Whannell accepts that his film was a little off-brand, and he wrote it as a spec script on his own time before pitching it to super-producer Jason Blum, knowing it could be a hard sell for a firm that has redefined horror. However, Whannell said, "[he managed] play Tetris with the finances, and fit it within his model." That meant Whannell could make his cerebral, violent SF flick on his own creative terms. "On a Blumhouse movie, you never have anybody telling you to change things. You don't have 10 people sat over your shoulder at the video village."

“In The Terminator, it’s a robot from the future, but if you actually study the movie scene-by-scene, they don’t show you very much. They show you just enough to make you believe in the world.”
Austin Chronicle: This has one of my favorite unpleasant technology tropes in speculative fiction – the gun arm.

Leigh Whannell: That's the stuff that's interesting to me, the biomechanics where flesh and machinery squish together. Robotics are a whole different thing. If you're missing an arm, and you have this metal gun arm, it's ok, because, but that Cronenbergy concept of tech in our flesh in a messy way. He's always done that so wonderfully, from Videodrome to eXistenz.

AC: Thank you for referencing eXistenz, because no one gives it credit.

LW: I love that film. It's like a Canadian Matrix, and it's such a good movie. I'll always reference eXistenz. We should do a whole subarticle about it.

AC: Well, it's one of the first genuine VR movies. Unlike The Matrix, where the people in it don't know, in this you're deliberately dropped into a generated environment.

LW: And it has an eeriness about it.

AC: It's the uncanny valley. Cronenberg foresaw the 'not quite right' syndrome.

LW: Yes, exactly. It was right before that became a trope in popular culture. He nailed that something's off. I always love that moment where the person's on pause, and just standing there. It was like when a video game has a glitch, and the character just stands there, looking at you, or does the old walk in to the wall, can't go further.

AC: Or in a point-and-click adventure, when a character is doing that weird bobble when they're waiting for you.

LW: In eXistenx, he actually had an actor do that bobble. I remember – it's been a long time since I've seen it, so I'm really reaching into the memory banks here – but a character says, "What's happening?" and someone says, "Oh, he's stuck, he's waiting for a response," and he's just there with this grin on his face. But the biotech of that, the way that you plug in the gaming unit, and the gun that shot teeth, I just love that. 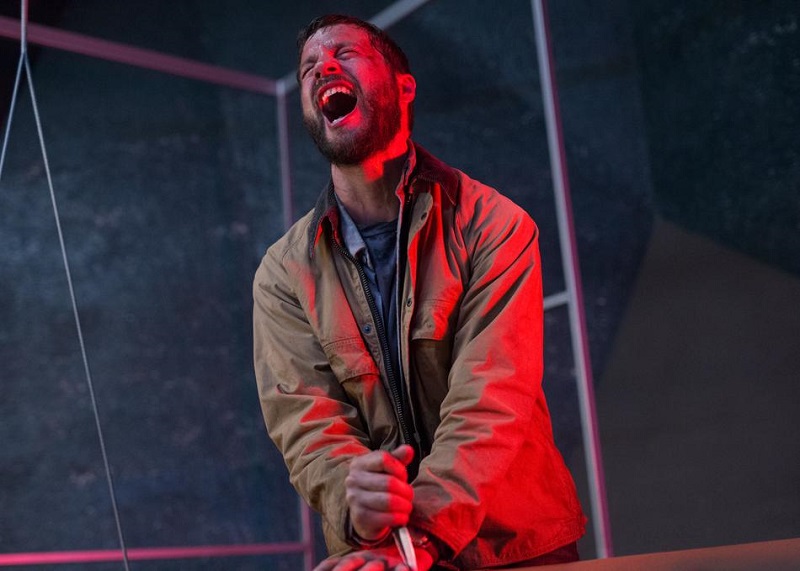 "He dedicated so much time to the movement. He'd send me these videos of him in his back yard, walking and moving like STEM. I would send him notes like, "Less Tin Man-y. Don't robot dance. Let it be fluid and graceful." Leigh Whannell on Logan Marshall-Green in Upgrade.

AC: Speaking of glitchy movement, you always have Logan Marshall-Green move in a way that always reminds you that Stem is acting as an interlocutor between the brain and the body. It's not him moving his hand, it's him telling Stem to move his hand. It always creates an awareness that it's not really him in charge.

LW: He's not wearing a suit. He's not Iron Man, and in cinema, people are always pushing you towards the visual. My agent – and he'll hate me saying this – when he read the first draft of the script, he was like, "What if it was more visual, like he had a suit on or something?" So this camera technique that we used was my way of reminding the audience that there's something different without the benefit of an Iron Man suit.

As for how it was developed, it was definitely there in the script. I would write things in parentheses like "From now on, Grey moves in a strange and stilted way." It's one thing to write that sentence, it's another to be in preproduction going, "Right, a strange and stilted way. So what does that look like?" My heart rate increased as I went, "How do we actually depict this?" So we just went in steps.

First, Logan Marshall-Green, he was a godsend. He took that movement part of this very seriously. I saw him in a film called The Invitation at the Overlook Film Festival. I love that film, such a great film, and Logan is the lead, and he's carrying all this pain. When I was thinking about Upgrade and the script, I thought he'd be perfect, because the role is this wounded guy. Turns out he was, and he dedicated so much time to the movement. He'd send me these videos of him in his backyard, walking and moving like Stem. I would send him notes like, "Less Tin Man-y. Don't robot dance. Let it be fluid and graceful."

Then we worked with a stunt team and a movement coordinator, so instead of just learning how to punch, in this movie we had this guy who worked for a dance company in Melbourne, and he was teaching Logan just about that graceful movement that comes naturally to a dancer, but most of us are slumped over in our daily lives.

The last step of the process was Stefan Ducio, the cinematographer, and I, we decided to lock the camera. It's almost like that rigging shot they used in Requiem for a Dream, they put the camera on the actor. We did that without the rig. We strapped an iPhone to the actor under their clothes, and the camera locks to it. It was very simple: Wherever Logan moves, we go with his center of gravity. Stefan had used it in a music video he had shot, and one day, very close to when we were going to start shooting, he said, "Y'know I did this music video," and he showed it to me on his phone, and I thought, "This is it. This is the last part of the puzzle."

Upgrade is in cinemas now. For review and showtimes, visit our listings page. 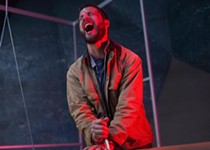 Recap: The Bleeding Edge: A New Generation of Horror
Is horror more diverse than the rest of cinema? Maybe.