Other Worlds Austin Warns You: It Came From the Desert!

When it comes to video game movies, it always seems that it's arcade titles like Rampage, or third-person challenges like Tomb Raider. Now 32-bit action-adventure gets its day on the big screen with Amiga classic It Came From the Desert. 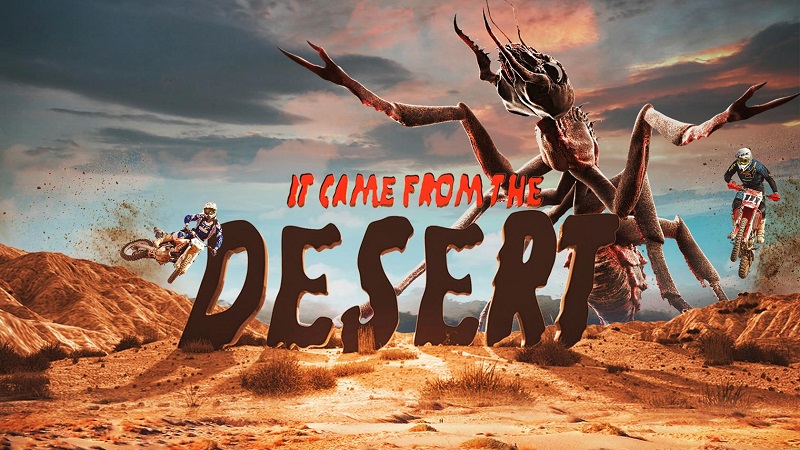 For those of you not old enough to remember the 1989 game (or wondering what an Amiga is), the original game was a riff on 1950s giant bugs flicks like The Black Scorpion, The Deadly Mantis, and, of course, Them! It was a quirky smash at the time, filled with old prospectors, mad scientists, quirky small town lodges, and of course huge killer ants. It was such a success that it spawned sequels, was ported to other machines, and even got a full-motion video reboot when that was still cutting-edge technology.

With this live-action update, director and co-writer Marko Mäkilaakso has crafted his movie as a sequel to the atomic era craziness, with dude-bro dirt bikers battling wits with the leviathan critturs, and finding themselves severely outmatched.

Austin Chronicle: The influences are clear, but what's your favorite giant monster movie?

Marko Mäkilaakso: There are plenty of great monster movies and naming just one feels like not giving justice to the others, but I will say that my favorite giant monster movie is Steven Spielberg’s Jaws. I love that movie so much!

MM: It Came From the Desert, which is much more than just point-and-click adventure game, so I will add also The Secret of Monkey Island.

AC:It's fallen off the radar of a lot of gamers now, but It Came From the Desert was kind of a classic when it came out. When did you first get to play the original game?

MM: I played the original game in the early nineties when I was 12-13 years old. I loved it! Everything about it! The tone, the look, the music, the sound, everything! A perfect game. I’m so lucky to be part of the ICFTD family with our "live-action sequel." It was amazing to get to know David Riordan, the original director and designer of the Desert games. I was very nervous to hear his opinion of the movie and I was so relieved when he told me that he loved it!

AC: Were you ever tempted to do a straight adaptation of the game, complete with Geez and the Neptunians?

MM: Absolutely! But we didn’t have the budget to set the movie in the 50s and bring in all the elements that required, so the movie became an independent sequel. The movie has the same spirit and tone of the games and I gave all my love and passion for the movie version!

AC: Once you'd settled on the update, what was your thinking about how to make it more of a sequel, but still keep the mood of the game?

MM: The key for me was to understand the humor and tone and to make that right. I was so happy to hear from David Riordan that he thought that we succeeded on that, and I truly hope the audience feels the same way!

Other Worlds Austin presents the Texas premiere of It Came From the Desert, 7:30pm, May 23, Flix Brewhouse, 2200 S. I-35, Round Rock. Tickets at www.flixbrewhouse.com