Paramount Gets Ready for Summer

Is it really summer already? Near enough, and so the Paramount has just released its full listing for the best primer to film history you can dream of: the 43rd Paramount Summer Classic Film Series.

Alien, The Man Who Fell to Earth, The Little Mermaid, and Hairspray, all part of the Paramount's 43rd annual Summer Classic Film Series.

Starting May 24 with Casablanca, the season kicks off with a military theme for Memorial Day, including Apocalypse Now Redux, The Bridge on the River Kwai, and a special centennial screening of Charlie Chaplin’s rarely seen first feature as a director, Shoulder Arms.

That’s just one of a swath of commemorative screenings, including a 55th birthday date for the magnificent and star-laden The Great Escape and Fellini’s masterpiece 8 ½, the 50th anniversaries of Funny Girl and Planet of the Apes, plus celebrating four decades of (deep breath) The Wiz, Superman, Killer of Sheep Days of Heaven, and the definitive college comedy, National Lampoon’s Animal House.

Other special themed sections of the calendar include:

• The Family Film Festival, filled with beloved classics including Snow White and the Seven Dwarfs, Mary Poppins, The Little Mermaid, The Princess Bride, and The Wizard of Oz.

• Dystopian Visions (June 22-24) predicting the best of the worst possible futures, from Metropolis to Brazil.

• And a week of 70mm prints to peel back your eyeballs, with 2001: A Space Odyssey, Indiana Jones and the Last Crusade, and Lawrence of Arabia all in massive format.

That’s barely scratching the surface of the treasure trove (did we mention The Treasure of the Sierra Madre? Or Pulp Fiction? Or Giant?) all summer long. Head to www.austintheatre.org, or pick up the new issue of The Austin Chronicle (on stands this Thursday) for the full listing. 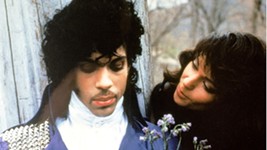