Alamo heads to the great outdoors for Sleepaway Camp 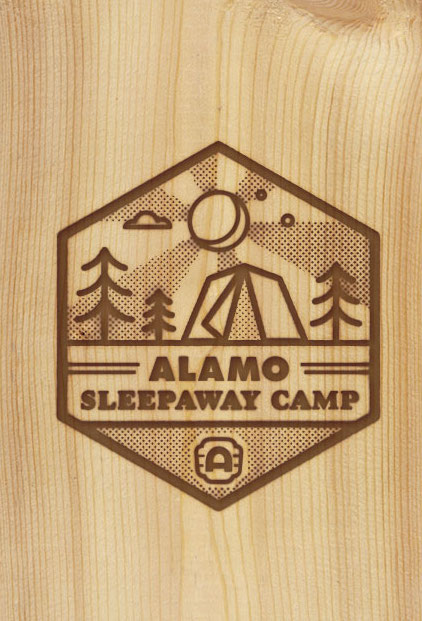 Summer. Camp. What memories those two words conjure. Maybe your first kiss, in a canoe, by the dock, under that impossibly white rabbit in the moon, with the leaves rustling in a perfect breeze. Capturing the flag, short-sheeting your bunkmate’s bed, evading snapping turtles while fishing Huck Finn style in the tall grass by the shore.

Ah, memories. Youth, they say, is wasted on the young.

The Alamo Drafthouse’s Rolling Roadshow disagrees. This weekend (May 11-13) they’re hosting their Sleepaway Camp Weekend at Camp Champions – yes, it’s a real, honest-to-goodness camp – in Marble Falls with all the adult, but kid-friendly, amenities you’d expect from the Alamo that brought you the“Camp Hack ’n’ Slash: Freddy Vs. Jason Weekend way back in 2003. This time out, though, instead of playing to the horror kids, the films and fare are decidedly more family friendly, with plenty of classic summer camp-themed events planned — climbing walls, a pirate ships ropes course, live bands, karaoke, color wars, DJ dance parties, and, of course, plenty of cinematic camp classics shown on their huge inflatable screen. (Did I mention archery? Do you remember the first Friday the 13th? Heh. Heh. Heh.)

”I’ve been obsessed with doing something like this for years,” explained Rolling Roadshow overseer Henri Mazza, “and we did one a few years ago and it was great. It’s a legitimate camp and we stay in the actual cabins with actual bunks and serve actual camp food. It’s definitely not a glamping experience. For me, it’s a not really a ‘let’s go back and relive our awkward, sixth-grade glory days, it’s more a way to experience what those glory days could have been. The other thing is that with [the Rolling Roadshow] doing it, we bring in people from all walks, not just the Alamo Drafthouse/Fantastic Fest demographic and now we’re all adults so we don’t shun each other and, you know, make you sit in the corner by yourself.”

What? No pantsing? Heaven forfend. Instead, Mazza’s lined up an impressive programing schedule of films that range from cult classic Wet Hot American Summer to Ernest Goes to Camp to Heavyweights.

Rumor has it that for those Camp Hack ’n’ Slash fanatics expecting a few Piranhas in the lake or maybe even a Cabin in the Woods, one attendee will be schlepping along his digital projector and a stash of more, shall we say, less comic/more Fantastic Fest-themed DVDs for those who expect just a little more blood in the water. (As if the Rolling Roadshow’s annual Jaws on the Water events aren’t enough. Just sayin’.)

So, the more the merrier, or as Mazza put it: “this is going to be the most awesome weekend ever in the history of the world.”