Mark and Jay Duplass were into streaming services before most indie filmmakers saw the potential - and not just for distribution. Selling their first feature, The Puffy Chair, to the film site was important, Mark said, "but buying Netflix shares allowed us to make a few more Puffy Chairs on our own dime." 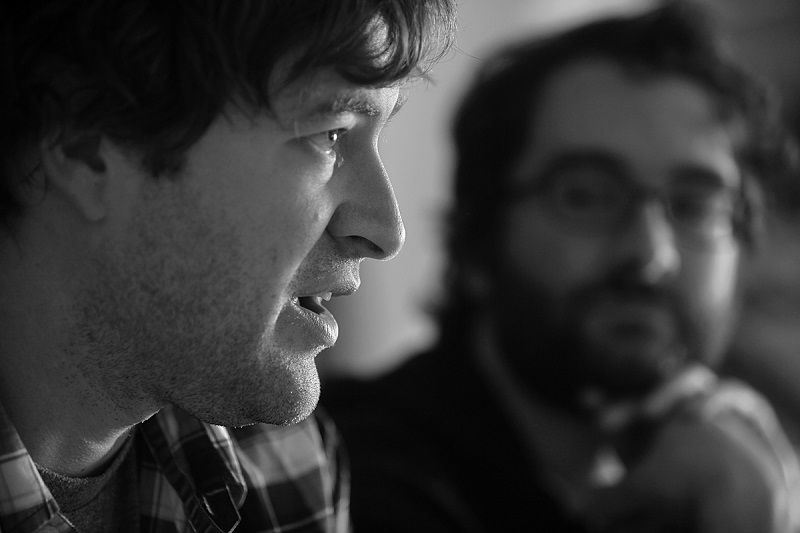 That's the kind of off-beat detail that peppers the sibling's first book together, Like Brothers. After years writing, directing, producing, and acting in films and TV shows together (Room 104, Jeff, Who Lives at Home, Cyrus, The Puffy Chair, and, yes, Wild, Wild Country) for Netflix and apart (Mark in the offkilter Creep horror franchise and hits like Tully, Jay in HBO's Transparent and this year's SXSW title Outside In), now they've moved into the printed word with a book that is part free-form autobiography, part journal, part anecdotal and observational comedy, and part indie movie making 101

This Friday, the duo return to Austin (where they cut their filmmaking teeth) for a special Q&A with Austin's other famous moviemaking brothers, the Zellners (plus Jay will be presenting a special AFS screening of Outside In).

Austin Chronicle: Starting out, you guys were on as much of receiving end of the critical pummeling everyone dumped on Mumblecore as anyone, but I recently spoke to Alex Dobrenko (Arlo & Julie) about his new web series Distance, and he said the reason he went web was "I took Mark Duplass' advice of 'just do it.'" So you and Jay are now the wise old men of the indie mountain.

MD: That's pretty surreal, but you know what? I didn't perceive as much as maybe you did of mumblecore in the press because, well, they're writing about us, and I'm making a ton of movies, so at least they're bringing attention to us. I was in the position that I never thought that I'd get a movie to Sundance in the first place, never mind arrive to this little mini-empire that we have now. A baby independent film dynasty of sorts. It's kind of surreal, now I come to think about it, and I don't want to sound kind of schlocky, but I'm just still glad they still let me do it. 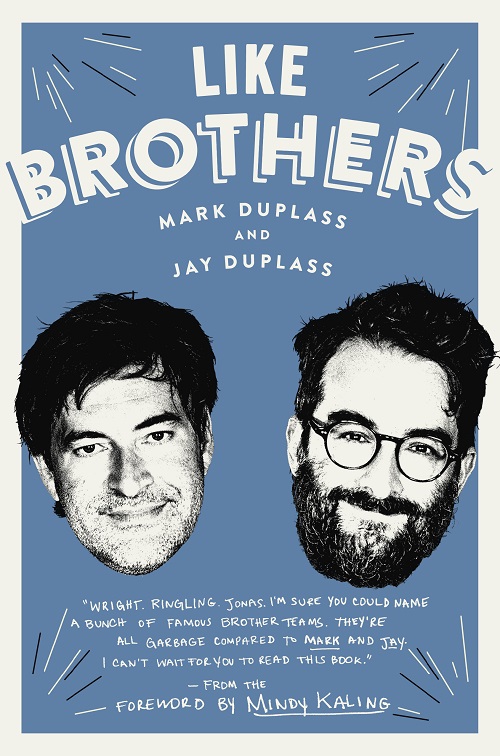 AC: Working on films together and writing a book together are very different deals, so whose idea was it to do the book?

MD: It was bought to us by Pamela Cannon, who is our editor at Random House and Ballantine, who made the book with us. It wasn't really on our radar. We want to write a book someday, for sure, but we actually fought her a little on it. 'We're in the middle of our career, why should we write a book now?' But she felt very strongly, she just kept saying, 'you're ready, you're ready, and people are going to want to read this.'

I guess what gave me the confidence to write the book was two things. One, knowing there's a group of young filmmakers who would like an in-depth analysis of how we came from nowhere to the place we got, and I do feel I've got something to offer in that regard. Being a genetic B-minus in the world with no special skills and climbing a mountain through determination. But the second part of it was really about how staying close with Jay, and treating each other with respect and kindness, and keeping the collaboration going, was a seminal part of that, and I personally see a distinct lack of that in general in the filmmaking community. Our little circle, it's there, but there's a lot of auteur bullshit that goes on. "I have to have my vision, I have to do it my way, and if somebody doesn't agree with me, then I just have to blaze through them."

That's just been the antithesis of our experience. The more we welcome in smart, kind, loving people, collaborate with them, let them make us better, admit when we suck, ask for help, all these things have been seminal to our process, and I felt that I wanted to shout that loud and proud in the book.

AC: You started in New Orleans, and now you're both in LA, but you broke through as Austin filmmakers. How important was your time here?

MD: I think it was the most important thing that ever happened to us, on a number of fronts.

The first thing was that, if we had moved to New York or LA at 18, we were too immature, we were too unformed. If we had tried in a major market like that to make art or do anything, we would have got crushed and been intimidated, and I think we would have just gone a different way. Austin as a nurturing community for weird artists in the mid-90s was the perfect landing pad for us figuring out who we wanted to be.

Secondarily, there was just a large set of people living in 78704 then, off of about $6,200 a year in part time work, in shitty apartments, and making stuff that no one was really consuming. But you weren't an outlier. You were a member of a community doing that. So I would edit a church television show on Monday and Tuesday night on a late shift, and I would make enough money for the week, and I would just go make weird music and movies, and try to work out who I was. I wasn't crazy. I was part of a community for that.

The other huge part was the presence of Robert Rodriguez and Richard Linklater, and their particular brand of indie film spirit. I would say even closer to Linklater, who was a real hero of ours, and a confidence-inspiring presence. Jay moved to Austin in '91, and I visited him - I was 14 - and we went to the Dobie (Cinema) and we saw Slacker, and he gave a Q&A. He came out in jeans and a ragged T-shirt and old sneakers and bad hair, and we were just knocked out. Here was a filmmaker who wasn't wearing a beret and smoking a long, thin cigarette. He looked just like us. He was an out-of-shape ex-athlete, and was so quote-unquote normal, and had something to offer as an artist. That was the moment that we felt like 'Oh. Can this mean that we can maybe have something to say too?'

Alamo Drafthouse and BookPeople present an evening with the Duplass Brothers in conversation with the Zellner Brothers, May 11, 7pm, First Baptist Church of Austin, 901 Trinity St. Tickets available via www.eventbrite.com.

Outside In with Jay Duplass in attendance, May 11, AFS Cinema. Tickets at www.austinfilm.org.

Mark Duplass Is a Creep
Found footage gets arty on Netflix