Rogue One, Bourne writer to be awarded 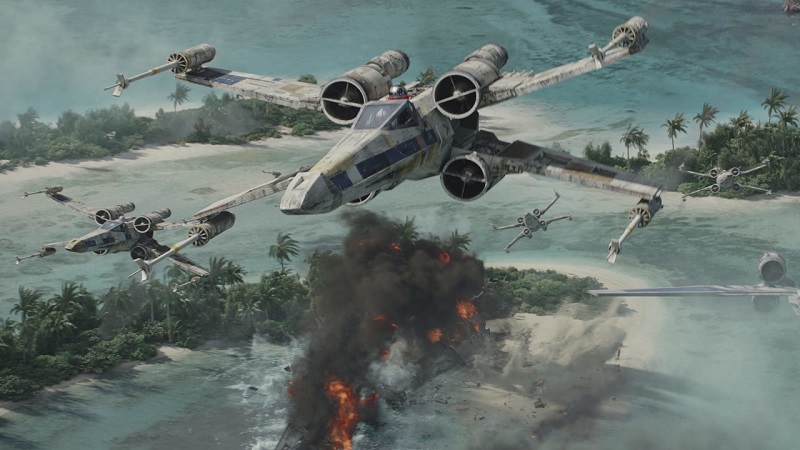 Rogue One: A Star Wars Story, just one of the scripts to bear the signature of AFF honoree Tony Gilroy

Tony Gilroy is synonymous with blurring the line between smart action films and edgy political dramas. As the producer of House of Cards, writer of the Bourne trilogy, and director of Michael Clayton, he's been omnipresent as a creative force and script fixer. Now he's Austin Film Festival's latest honoree.

During the festival (Oct. 25-Nov.2) Gilroy will be presented with this year's distinguished screenwriter award. In doing so, he'll be joining the ranks of such luminaries and prior winners as Caroline Thompson (Edward Scissorhands), Lawrence Kasdan (Silverado), Kenneth Lonergan (Manchester by the Sea), Nancy Meyers (Private Benjamin).

While he's known for his blend of action and intrigue, more recently Gilroy (one of six names on the script for Armageddon) has gone back into the blockbuster business, working on the script for The Great Wall and being involved with the reshoots for Rogue One: A Star Wars Story. However, he still saw his long-gestating Beirut (which has been circling development hell since the early 1990s) finally make it to screens.

Gilroy isn't today's only award recipient announced. He'll be joined in the honors by Daniel Petrie Jr., who take the fest's Heart of Film award. Best known to audiences for writing Beverly Hills Cop and The Big Easy, as well as writing and directing 1991 kids action classic Toy Soldiers, within the industry he has had a place of honor as two-time president of the Writers Guild of America West. This will only be the second time the AFF has given out this award: the first was to TV and film producer Barry Josephson (The Last Boy Scout, Tales from the Crypt) in 2013.

Both Gilroy and Petrie join a previously announced honoree: the king of b-movies and exploitation, the great and mighty Roger Corman, who will receive his Extraordinary Contribution to Filmmaking award alongside them at an awards luncheon on Oct. 27.