Tales from the workforce, drowning 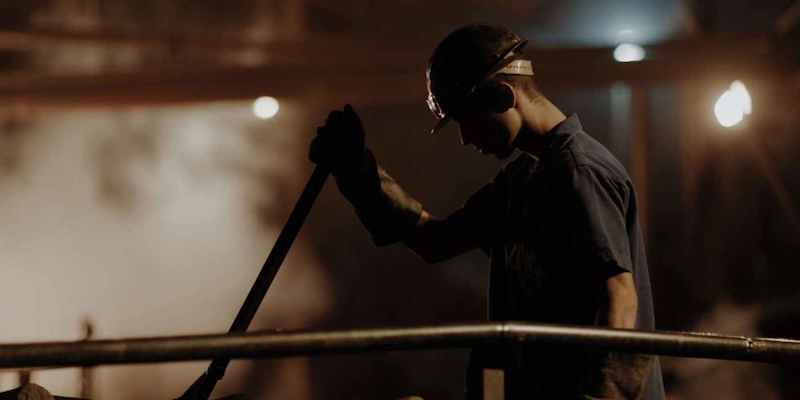 Arábia (Araby) is not a story. Instead, this sad road trip around Minas Gerais in Brazil is a story about stories, with a narrator that never realizes his self-appointed task.

That instead is left to Andre (Murilo Caliari), a working-class kid in a one-factory community on the outskirts of fading Brazilian gold rush city Ouro Preto. The dust from the aluminum smelting plant coats his house and his sickly brother's lungs, but his parents are away, and he's left in semi-charge. The action follows his teen inaction until the local nurse sends him on an errand: Go to the home of a comatose factory worker, and get his clothes for burial.

Flicking through the dying man man's possessions, he finds a notebook, and that's the moment that Arábia switches from the life of a bored teen to that of Cristiano (Aristides de Sousa), a guy that made a mistake and has been drifting ever since. The journal – written for a purpose revealed only in the closing moments – is a tale that he thinks is unimpressive. Traveling from job to job, making friends here and there, moving on, moving past, repeat, repeat, repeat. Even his jobs are built on repetition: cutting tangerines, or turning metal out of molds.

But its that repetition that is the heart of this tenderly crafted story of life just on the fringes. Co-writer/directors João Dumans and Affonso Uchoa take their languorous time getting to the anti-resolution of Cristiano's all-too-relatable experience. He is not extraordinary (and de Sousa keeps him as a soft-spoken ordinary guy, evading obvious drama), but this kind of everyman story is chronically under-told. That's the true power of his journal: In giving even a glimpse at the lives of his friends, co-workers, lovers, fellow inmates, even Andre in passing, Cristiano is a blue-collar Studs Terkel. The stories may be fiction, but the veracity and compassion is undeniable.

Set to a collection of classic drifter songs, from Townes Van Zandt in the score to Cristiano and his fellow construction workers singing Renato Teixeira in the bunkhouse, Arábia is the tragic counterpart of the classic chirpy, see-the-world road movie. It's a sorrowful reminder of all the working stiffs who are one firing away from leaving everything behind.

Cine Las Americas International Film Festival ran May 2-6. For more on the festival, read "Not Just the Border," April 27. 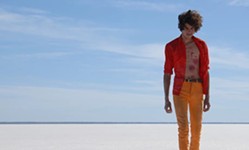