Rooster Teeth Goes to the Dark Side 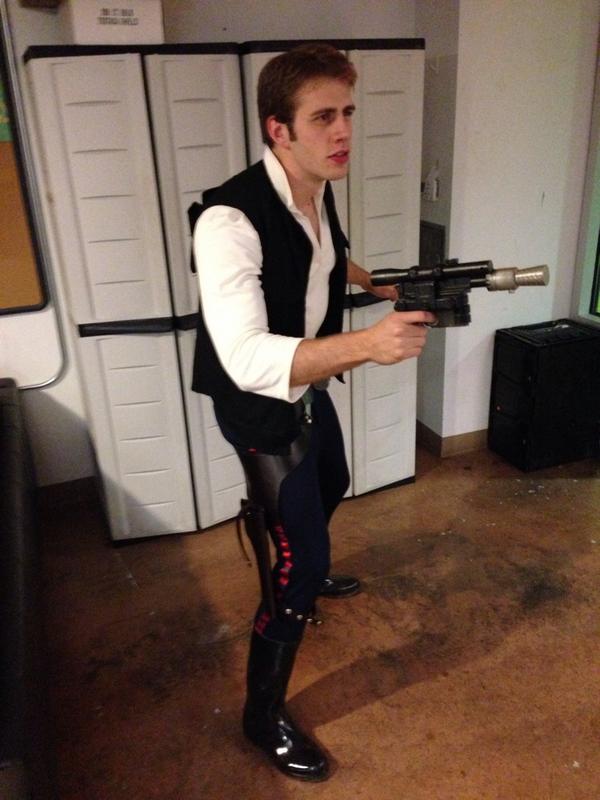 Rooster Teeth's Star Wars superfan Blaine Gibson
It's May the Fourth, aka Star Wars day, and Rooster Teeth's Blaine Gibson was one of the Austin creatives to share what the epic franchise has meant to him in this week's issue. But he also also shared a not-so-sweet memory about what he called “the world’s cruelest prank."

"I remember (RT co-founder Burnie Burns) pulling me into his office for a phone call with Lucasfilm. The so-called PR guy told me I could get into an early screening of The Force Awakens if I submitted an audition tape of my best Star Wars impersonations, they also instructed me to tweet videos of my preparations for the screening. I didn't sleep the night before the event out of excitement, little did I know it would be one of the greatest betrayals since the assassination of Julius Caesar."

Instead of that special first look, the evil geniuses of Rooster Teeth's editing department had taken all that footage and, well ... let's let Gibson explain.

"When the credits started rolling, tears began welling up in my eyes... and then they dropped the bomb on me. Even after the prank had gone down I was still holding out hope that I'd be going to an early screening of Star Wars; then the realization kicked in and I was too deflated to unleash the Dark Side on my coworkers."