Celebrate May the Fourth away from a galaxy far, far away

Every month, the Chronicle's film critics select a theme and offer movie recommendations. In honor of Star Wars Day, we look back on our favorite performances by Star Wars actors in lightsaber-free films.

I think I was about 12 years old when I first read the set of Sir Arthur Conan Doyle stories some family member had gifted me. At some point I developed a “crush” on Sherlock Holmes, that adorable genius. I loved the way his mind worked. There’s something about Peter Cushing’s sharp features that resonates with the Sherlock I held in my head back then – though I do think he’s a bit too reserved for an alleged cocaine addict. Anyway, see for yourself in The Hound of the Baskervilles, either the 1959 Hammer film or BBC’s 1968 production. – Danielle White 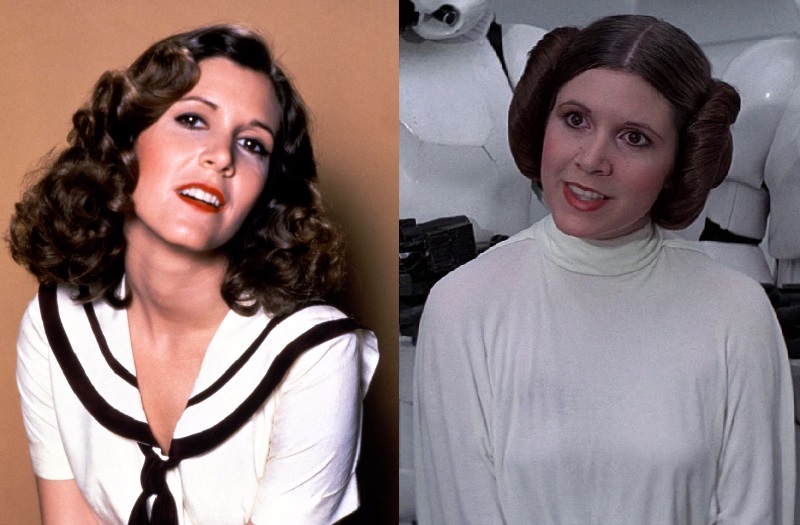 There’s something glorious in watching a trainwreck go for broke, and this 1981 film starring Chevy Chase and Carrie Fisher (taking a break from her Princess Leia duties) doubles down at every turn. In 1938, the producers of The Wizard of Oz have cast 150 people of short stature for the roles of the Munchkins. The chaotic group are put up in a hotel, where there is also a Nazi plot involving a map of U.S. defenses, continued assassination attempts on a visiting duke, and a throng of Japanese tourists, one of which may be a spy. That’s just a sliver of the antics that go down in this attempt at screwball farce that occasionally hits the mark, but the sheer breadth of its sustained, tone-deaf lunacy and odd directorial choices make this film something to behold. – Josh Kupecki

I lived for a year in the shadow of Stirling Castle - a former royal residence for the Scottish crown, later regimental headquarters for the Argyll and Sutherland Highlanders, and (grim Stirlingshire weather permitting) occasional concert venue. It was also the shooting location for one of the future Obi-Wan Kenobi's greatest performances.

If The Bridge on the River Kwai is Alec Guinness' most famous depiction of mental meltdown in war, then Tunes of Glory is its counterpart in showing the impact of PTSD (then still called shell-shock) on those that come home. Lt. Col. Basil Barrow (John Mills as a portrait of upper class vulnerability) may be the one who physically survived a Japanese POW camp, but Guinness (under a unexpected shock of red hair) devastates as proud warrior Major Jock Sinclair, forced to face how conflict brutalized him. – Richard Whittaker

If all you know of YA fantasy romances is the terminally stupid Twilight series, give Beautiful Creatures a try. It marks the first starring role for future Han Solo Alden Ehrenreich, playing a mortal teenager who falls in love with a budding witch. There’s a lot of silliness about witches and warlocks and deadly curses afoot, but Beautiful Creatures at least has the good sense to have a sense of humor about so much silliness. Oh, and the double-battered, deep-fried Southern accents are a hoot, most especially in the mouths of certified thespians Jeremy Irons, Emma Thompson, and Viola Davis. As for Ehrenreich, you won’t spot much hint of Solo in his sweetly dopey performance here, save this: The kid’s got monster charisma. – Kimberley Jones

Frankenstein and the Monster From Hell (1974)

You know your parents are supercool when they take eight-year-old you to see a Saturday matinee like this psychotronic hellbender. Three years before their iconic turns as Darth Vader and Grand Moff Tarkin, David Prowse and Peter Cushing crushed skulls and popped eyeballs as the titular monster and Baron Frankenstein, respectively. Set in a De Sade-ian lunatic asylum, this turned out to be not only Cushing’s final turn as Baron F but also the final feature from Britain’s legendary Hammer Studios director Terence Fisher. – Marc Savlov 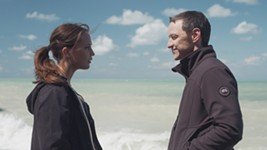 Film, Chronicle Recommends, Star Wars, Under the Rainbow, Tunes of Glory, The Hound of the Baskervilles