The self-avowed German romantic on his new film

Old age and experience can slow many creatives down. Not Wim Wenders. At 72, the director of indie canon constant The Wings of Desire has made Submergence, his most demanding, globe-trotting, and undeniably romantic film to date. 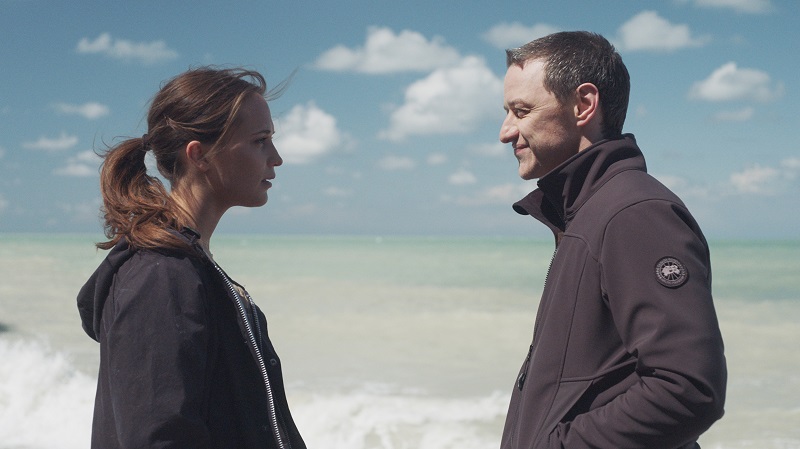 "I saw a totally unique film that looked at our global situation and that had its heart in the right place, was full of humanity and was at its core a true love story." Wim Wenders on adapting Jonathan Ledgard's Submergence, starring Alicia Vikander and James McAvoy. (Image courtesy of Samuel Goldwyn Pictures)

Astin Chronicle: Several filmmakers I have spoken to have said that making a film is a physically demanding, and as they get older they would rather step away from the demands of the director's chair. Yet as you enter your 70s you've entered one of the most prolific phases of your career as a filmmaker. Why do you feel the urge to keep making films?

Wim Wenders: Because, to answer with Bob Dylan: “The times, they are a’changing.”

I feel we have a bigger responsibility as filmmakers today than ever before, to stand up against all the mindless and sometimes downright irresponsible stuff that people are fed with. And then this unbelievably challenging fictional project showed up, Submergence, based on an amazing novel by Jonathan Ledgard.

I saw a totally unique film that looked at our global situation and that had its heart in the right place, was full of humanity and was at its core a true love story. It deals with our endangered oceans, but also looks hard at the thread of Muslim extremist attacks. It tackles both these subjects openly, without prejudice, and through these two courageous young people. Danny, played by one of our most outstanding and influential actresses today, Alicia Vikander, and by James McAvoy, whom I consider the best actor of his generation.

It was a dream working with both. And they both go to the limits in their respective jobs in Submergence: Danny goes to the bottom of the ocean in her submersible, to prove that the solution for the future of our planet might be found there, where all these untapped riches and chemical wonders wait for us. (Why this urge to go to the stars if we don’t even know what’s at the bottom of the ocean on our own planet?!) And James goes under the cover of a water engineer into one of the most volatile countries in our world today, Somalia, to try and locate a facility that is training suicide bombers and infiltrating them into Europe. There is a lot at stake!

The heartbreaking problem is only that Danny and James have just met, and found in each other the love of their life, when their dangerous jobs tear them apart again.

“I feel we have a bigger responsibility as filmmakers today than ever before, to stand up against all the mindless and sometimes downright irresponsible stuff that people are fed with.”
ACYou seem to be looping back to themes you touched on in Wings of Desire and Faraway, So Close! - two of your most romantic films, in that they were both about the joy of real connection, even if it is fleeting. Do you regard yourself as a romantic?

WW: This is your easy question. Yes, I’m a “hopeless German Romantic.”

AC: Further to that question: After seemingly smaller projects like Everything Will Be Fine and The Beautiful Days of Aranjuez, Submergence seems like a much bigger endeavor. Did it feel like a larger project, and what drew you to this particular story, that would require shooting on two continents, and at sea?

WW: Submergence was utterly demanding. We shot a lot in Africa, and as Somalia was inaccessible, we went to Djibouti, as it resembles Somalia the most: arid and dry and hot as hell. But it’s considered a safe and stable Muslim country. Nobody had ever made a movie like ours there before, there was no infrastructure whatsoever, it was murderous. We also shot in the lushest and greenest place, on the remote and utterly beautiful Faroe Islands. We shot underwater too, in the Mediterranean, we shot on the coast of Normandy and Spain, in the city of Berlin and in the Babelsberg studios for the submersible interiors.

It was a large project by European standards, rather a low budget by any Hollywood standards and only possible by extreme self-exploitation. We were working on the edge, and such a film can only be made like this: when you’re really living the story at the limit of what is doable.

AC: Submergence's major theme seems to be the dismantling of the idea of an interconnected world: that Danielle doesn't feel connected to James because she doesn't get an email or a call. Yet, only a relatively few years ago, it would be normal to go weeks or months without hearing from someone while they were traveling. Does that acceleration of need, where people seemingly require constant confirmation, worry you?

WW: In this case, knowing about the danger the other is in, all your hopes are placed on “connection”, at least on an insurance that the other one is still alive. But as James is lost in the remote dream spaces of Somalia, in brutal captivity, and in no condition to let Danny know that he’s still alive, they are both heartbroken and only their love for each other and their hopes finally keep them alive. This is certainly the most dramatic love story I have ever shot. 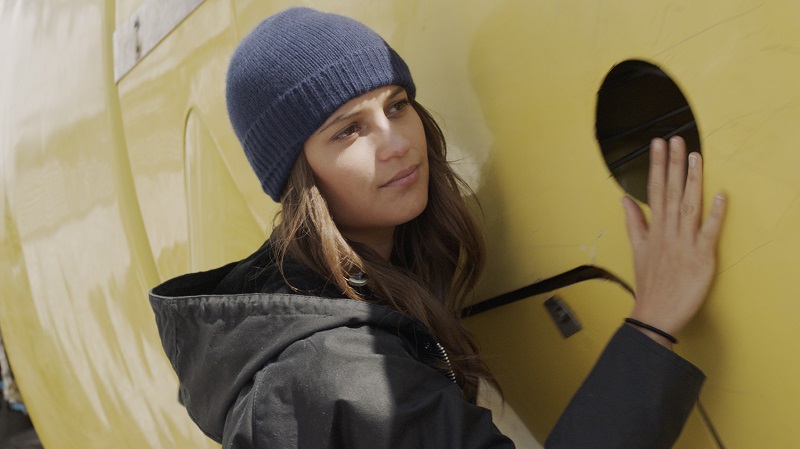 AC: Aside from your film career, you are also a prolific photographer, but you've made comments that the act of capturing an image has less inherent meaning than it once did. This seems to feed in to Submergence, how a moment can only be 'real' now if it is shared. With your published work turning towards landscapes, have you found a way to catch the same intimacy and immediacy that you once found through Polaroids?

WW: No. That is the past, that is over. Today we have our smartphones and other devices. They’re not intimate, but efficient and utterly immediate. Or not, if you don’t get a signal any more. Danny and James really get stranded.

We recently rediscovered a few thousand Polaroids hidden for 30 years in old cigar boxes and therefore beautifully preserved. I just have a big show of them in London and soon in Berlin. What does correspond to the intimacy of a Polaroid now? We all have fast devices that we can control well and we’re also good in sharing things immediately with everybody, possibly all over the world. At the time you could just graciously give somebody a Polaroid, and I must have given thousands of them away, and that was more immediate and tender than any of our social media. And you actually held something in your hand! A real thing, a cute print...

AC: The metaphor of the dark at the bottom of the sea is a powerful one in Submergence, and is given greater power by actually shooting on the Nautile and the L'Atalante. How was that experience?

WW: We shot on both boats, the Atalante being a science boat, one of the few to be able to launch those scientific submersibles and be in touch with them as they go to the deepest depths of the ocean. In Europe there is only one of those submersibles like the Nautile, there is one in Japan and one in America. We worked hand in hand with the scientists on the boat, and Danny learned from a woman who did exactly her job in real life. I don’t know if I had the courage to go down. You seem so fragile down there. It’s not bigger than the Apollo capsule, and you’re several thousand meters under the surface of the sea, with an incredible pressure on that little tiny thing ... Very scary.

Submergence is in theaters now. For review and showtimes, check out our listings page.