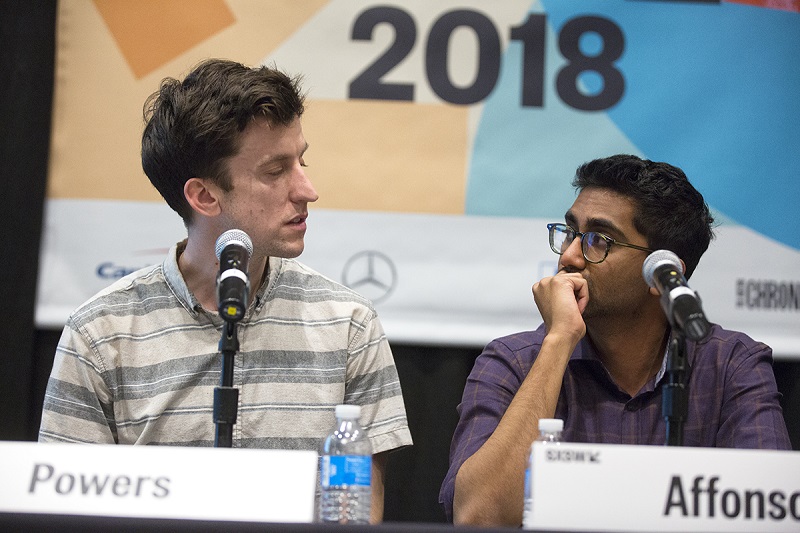 “Okay, so satire is fucked,” declared Matt Powers, editor in chief of ClickHole, The Onion offshoot meant to skewer viral and click-bait content, right out the gate during a SXSW panel (simulcast in French Guiana, the satirists quipped).

Jokes aside, it’s a real and growing problem confounding comedians striving to stay sharp in the post-Trump world. Increasing the challenge for lampooners is the ability for virtually everyone, thanks to Twitter, to voice their comedic “hot” take on any single issue and at any given time.

Mike Gillis, senior writer with The Onion, our nation’s favorite go-to for satirical catharsis, said it’s about staying vigilant to what’s out there already in terms of humor and trying to get a “second or third” take from the dominant angle. Case in point: When disgraced Toronto Mayor Rob Ford was caught smoking crack on video everyone was “raving about his antics and outtakes,” but The Onion turned the joke back on to the audience, with the headline, “Nation Not About To Start Giving A Shit About Canadian Politics.”

“We try to puncture the media narrative and show how people are responding to the news event is either not helpful or not what journalists should be focused on,” said Gillis. “When something gets so sensationalized by media and the public, we feel the need to steer it back.”

In addition to navigating Trump, the rise of the alt-right has given jokesters more fodder to mock. To highlight the absurdity of ultra right-wing and conspiracy news outlets like Breitbart and Alex Jones’ Infowars, last year The Onion devised PatriotHole, or as they put it, the “internet's last stand against the tyranny of the leftist media.” Headlines include “Liberal Hypocrites: Why Are Dems Criticizing Roy Moore When PEDO PREZ Barack Obama Is Still Married To FORMER TEENAGER Michelle Obama?” and “Cruelty Of The Left: Why Is The MSM Attacking President Trump For Being Close With Putin Even Though It’s Really Hard For Adult Men To Make New Friends?”

Powers said the minds behind the site lead with the question: How do you out-crazy the crazy conspiracy theorists? The purpose feels even more significant as the alt-right is “coming out of the shadows” and having their fringe shock-value narratives (i.e. Parkland shooting survivors smeared as “crisis actors”) blasted throughout the mainstream media for clicks or views. “These narratives are now part of the discourse, so we have to make fun of them,” says Powers, no matter how disturbing that fact may be.

In a back-and-forth that teetered on the philosophical, Jocelyn Richard, writer with Showtime’s Our Cartoon President and I Love You, America, with Sarah Silverman, questioned whether satirists had reached an over-saturation point; it feels as though every day there’s a new show making fun of current events – but is it really doing anything to help the public?

Jermaine Affonso, an UT-Austin and Texas Travesty alum who now writes jokes for Late Night with Seth Meyers, said satirists need to be true to their mission: We are here to highlight the “ineptitude of the politicians, not to invigorate the base,” he offers.

“Our job is to be funny first,” said Affonso. “The goal is to make people laugh, anything that follows beneath that, like changing people's minds, is secondary.” Said like a true professional.

Does Satire Still Matter? Eh, Sure