Is playing role-playing games the best training for writers? Maybe.

Tabletop role-playing games like Dungeons & Dragons have been used since the Seventies as an excuse to get together with friends and escape to another world far from the daily grind. But if your job involves making video games or cartoons, the line between work and playtime can get a little blurry. 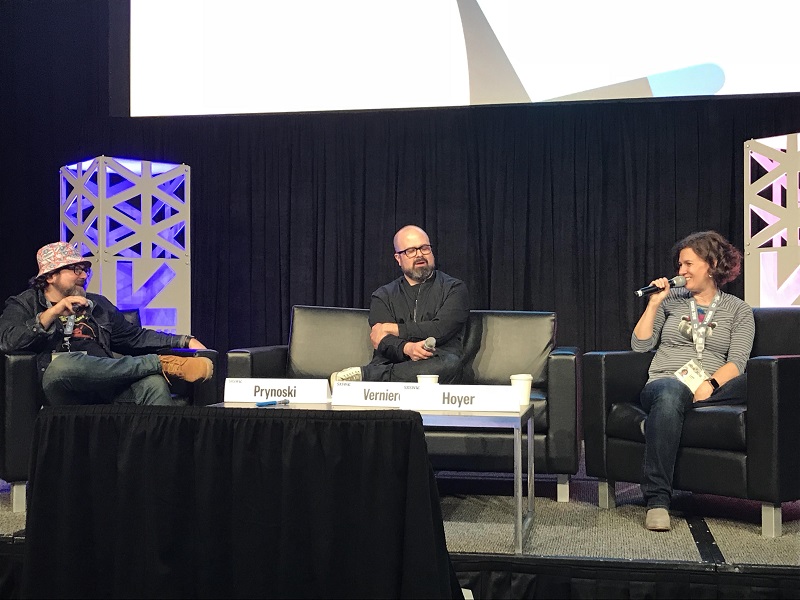 All three of the panelists assembled to discuss the link between role-playing and writing are longtime RPG players and seasoned veterans of their respective fields: Chris Prynoski, president of Titmouse Animation Studio, who has worked on shows ranging from Beavis and Butt-Head to The Venture Bros; Ryan Verniere, lead writer at League of Legends studio Riot Games; and Leah Hoyer, former development executive at Disney who has transitioned to the video game industry as VP of creative at Telltale Games. They made the case that skills and experiences from their role-playing sessions directly apply to collaborative storytelling in a writer’s room.

“When you’re writing a television show, the showrunner pretty much maps exactly to the role of dungeon master,” Verniere said. “The players themselves who have individual character can easily be considered lead writers, responsible for story arcs within that structure.”

In order to function properly, collaborative writers need to be able to follow the improvisational lead exemplified by the best RPG players, bouncing ideas off of each other and staying flexible enough to move the story in a new direction at any time.

“Find adventure and the opportunity to make what could have been a boring moment fun,” Verniere said. “Especially on a bad day in the writer’s room when nothing’s landing.”

Besides just defining the structure of the story, a good showrunner or story lead also needs to channel a dungeon master’s ability to make sure a game remains a safe space where everyone can participate and have fun. If the writers don’t feel comfortable being themselves and sharing their ideas, it’s the showrunner’s job to deal with the problem.

“Sometimes you’ve got a bad player who’s taking the group down and who’s toxic,” Prynoski said. “You’ve got to cull that from your group.”

For writers so entrenched in RPGs, the fantasy worlds they inhabit in their off time can sometimes collide directly with their work. For an unannounced fantasy-based show that Titmouse is producing for Adult Swim, Prynoski convinced his writers to take on Verniere, the acting DM of the two’s long-running Dungeons & Dragons campaign, as an in-house dungeon master for the writer’s room. And according to Hoyer, scenarios from after-hours RPG games with Telltale coworkers have a habit of finding their way into the studio’s games a few weeks later.

So the next time your friend invites you to his biweekly D&D meetup, think about tagging along. The adventure you find and the skills you learn could go beyond the gaming table.

Dungeons & Dragons in The Writer's Room