Four years ago, at this very festival, Chris Caldwell and Zeek Earl premiered a short film about a father-daughter prospecting duo on the edges of known space. Now the filmmakers return to SXSW with Prospect, a feature-length adaptation that takes their original concept to new heights. 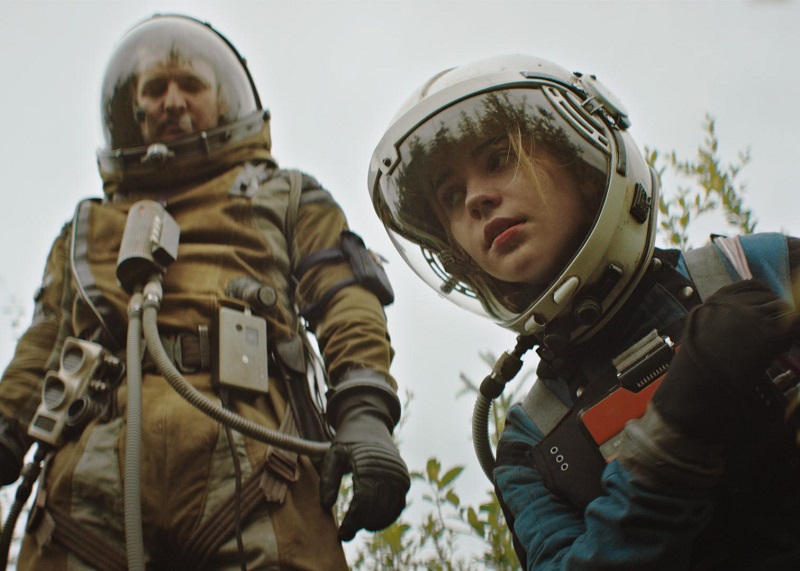 In their final voyage to a remote moon, Cee (Sofie Thatcher) and her father (Jay Duplass) are contracted by mercenaries to harvest an impressive collection of rare minerals. Their assignment falls apart, however, when they encounter charmingly loquacious and dangerous freelancer Ezra (Narcos’ Pedro Pascal), who recognizes a get-rich-quick opportunity when he sees it. To survive against the dangers of the forest, Cee and Ezra must form an uneasy alliance and put their lives in each others’ hands.

Few films offer a vision of the future as unique as the one in Prospect, and much of this is owed to the production design. From its bulky costumes to its analog technology, it strongly recalls the failed promises of classic 1970s science fiction. But lurking beneath this retro-futurism is a more conventional Western narrative. If Cee and Ezra hope to survive, they must face off against an eclectic group of settlers and hired guns, making Prospect a dynamic blend of unfamiliar and familiar genre tropes.

Thatcher, in what is sure to be her breakout role, creates a sympathetic character that is all the more likable for her competence under pressure. Pascal, meanwhile, offers his signature mixture of danger and charm in equal amounts. Anchored by these two performances, Prospect is free to run wild with some of its bigger ideas and play with a grimy vision of the future you won’t soon shake. This is the way world-building should be done.

Diana Kennedy: Nothing Fancy
From Essex to Michoacán: the true story of the English exponent of Mexican cooking